China’s share of global electricity usage for bitcoin mining fell to under half for the first time this April, while Kazakhstan has catapulted to third place as its share of mining increased sixfold.

China’s global hashrate, the computational power required to mine new bitcoins, fell from over 75 per cent to 46 per cent of the global total between September 2019 and April 2021, according to data from the Cambridge Centre for Alternative Finance. The following month, Beijing stepped up its crackdown on the energy-intensive industry, which it has been trying to curtail for close to a decade.

The data also provide the first clear look at Chinese crypto miners’ seasonal migration from Xinjiang in the west, which relies primarily on coal-powered plants, to southern regions of the country to take advantage of cheap hydroelectric power during the wet season.

The expulsion of miners from China makes it harder to track electricity usage, however, as many new mining operations involve private deals with off-grid power stations.

“I think [that growth] makes things even more complicated than they used to be,” said Michel Rauchs, digital asset lead at the CCAF. “The [mining] could go anywhere, there’s no way of tracking it unless you’re communicating at the source.”

While cryptocurrency advocates claim that greener coins are possible, Elon Musk, Tesla’s chief executive, reversed his support for bitcoin in May over its electricity consumption, knocking billions off cryptomarkets and earning him the ire of millions of investors.

“It’s important to know that bitcoin miners are highly incentivised to develop and use the most economical and efficient energy,” said Perianne Boring, founder and president of the Chamber of Digital Commerce, a blockchain and cryptocurrency advocacy group.

But in places such as Kazakhstan, the growing crypto mining industry relies primarily on fossil fuels, which generated close to 90 per cent of the country’s electricity last year, according to the US Department of Commerce. 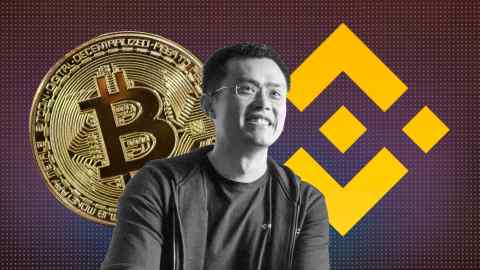 “We see that extra demand [for electricity] is met by extending the lifetime of old power plants or completely reinstating plants which were decommissioned because they were not profitable any more,” said Rauchs.

In the US, the second-largest mining country, with 16.8 per cent of the global hashrate, some mining relies on fossil fuels. In upstate New York, private equity company Greenidge Generation Holdings converted a coal plant to natural gas in 2017 in order to mine bitcoin, pledging to use carbon credits to offset its activities.

The Cambridge data also show the lengths to which Chinese miners will go in search of cheap electricity, moving server farms via truck to take advantage of cheap hydroelectric electricity in Sichuan region in the wet season. During that period, the province’s share of bitcoin mining electricity consumption rose from 15 per cent to over 60 per cent of China’s hashrate. At the same time, the hashrate of primarily coal-powered mining in Xinjiang fell from 55 per cent to less than 10 per cent.

Environmental advocates’ scrutiny of the electricity used to generate cryptocurrencies is not new. The CCAF Bitcoin Electricity Consumption index suggests that globally bitcoin mining consumes 8 gigawatt hours a day — or 70 terawatt hours of electricity a year if levels were consistent, slightly more than the annual consumption of Austria.

Those numbers can change dramatically, however, in line with bitcoin prices. In early April, estimates for annual consumption reached 130.03 terawatt hours as bitcoin prices peaked.

Consumption reached a record high of 141.28 terawatt hours of electricity in early May as prices rallied again, before plunging as Musk tweeted his concern over the digital asset’s impact on the environment.