We use cookies (opens in new window) for a number of reasons, such as keeping FT Sites reliable and secure, personalising content and ads, providing social media features and to analyse how our Sites are used.
Manage cookies
Accept & continue
Brazil

What is the Petrobras scandal that is engulfing Brazil?

Brazil’s President Dilma Rousseff is in danger of being impeached only 15 months into her second four-year term. But while the impeachment officially cites allegations that she manipulated the federal budget to disguise a growing deficit, it is a sprawling scandal at Petrobras, the state-owned oil company, that has taken a greater toll on her government and helped generate support for her removal. So why is Petrobras important and how far-reaching is this scandal that many have compared with Italy’s epochal “Clean Hands” investigation that uncovered endemic corruption there in the 1990s?*

Formed in 1953 as Brazil’s national oil company, Petróleo Brasileiro is one of Latin America’s largest companies. The government holds a majority stake, but it is also listed in São Paulo and New York and counts thousands of ordinary Brazilians among its shareholders.

After being partly privatised by the centrist government of Fernando Henrique Cardoso in the 1990s, the leftist Workers’ Party (PT) government of Luiz Inácio Lula da Silva steadily restored state control of the company during his eight-year rule which ended in 2010. This process was turned into a patriotic cause when in 2007 Petrobras discovered the “pre-salt” oilfields, so-called because the oil lies under a two-kilometre-thick layer of salt, which is itself under the ocean. As the biggest deepwater offshore oil find in decades, the PT was keen to keep the pre-salt out of private hands. It invented a new regulatory regime that made Petrobras the sole operator of the pre-salt discoveries, leading the company to embark on what was the biggest corporate capital expenditure programme in the world.

Why has it become embroiled in scandal?

The PT and its coalition partners appointed their own candidates to Petrobras’ most important executive positions. These figures, led by Paulo Roberto Costa, a former director, secretly diverted funds valued at up to 3 per cent of all contracts to the PT and its coalition partners. This amounted to billions of dollars because of the huge investment in the pre-salt and an accompanying refinery programme.

The corrupt directors collaborated with Petrobras’ contractors, including some of Brazil’s largest construction companies, to line their own pockets. Some of the directors accumulated funds of more than $100m in Swiss bank accounts while others put the money into extravagant art collections. They were assisted by a ring of black market money dealers, led by convicted criminal Alberto Youssef, who was in charge of laundering the funds. Investigators suspect the scheme was part of a “project of power” to keep the PT and its allies in government by using funds from Petrobras to pay off the ruling coalition and fund election campaigns. The PT denies such claims, saying all its election campaigns were funded legally.

What political parties are involved?

The main political parties accused of benefiting from the bribery scheme are the ruling Workers’ Party, whose former treasurer João Vaccari Neto has been jailed in the case, as well as its coalition partners, the PMDB and the PP. But the opposition PSDB party has also been mentioned by some witnesses. All parties deny wrongdoing.

Why is the investigation called Lava Jato, or Car Wash?

Police first began tracking the black market money dealers, or doleiros, at the Posto da Torre, a petrol station in Brasília which also had a money exchange business. The doleiros eventually led investigators to Paulo Roberto Costa, enabling them to discover the corruption at Petrobras. That was two years ago. Since then, investigators have uncovered R$6.2bn in bribes paid and total losses to the state estimated at between R$29bn and R$42bn. They have charged 179 people with criminal offences and secured 93 convictions. Added together, the sentences equal nearly 1,000 years in jail. 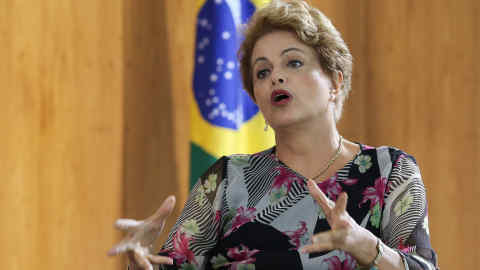 Who is Sérgio Moro?

Sérgio Moro, a federal judge in the southern city of Curitiba who has handled most of the cases stemming from the investigation, is known for his efficient and fearless judgments, such as his jailing for over 19 years of one of Brazil’s most powerful businessmen, construction boss Marcelo Odebrecht. The judge’s admirers credit him with ending Brazil’s culture of impunity for the rich and powerful. His detractors accuse him of siding with the opposition or riding roughshod over civil rights, such as the presumption of innocence.

What is President Dilma Rousseff’s involvement?

President Rousseff has not been accused of any crime. But before assuming the Brazilian presidency in 2011, she was chairman of Petrobras between 2003 and 2010, when much of the corruption allegedly took place. The opposition alleges her presidential election campaigns of 2010 and 2014 were funded by corruption, charges the PT denies.

What does Mr Lula da Silva have to do with it?

The former president is suspected by prosecutors of collaborating with some of the key construction companies involved in the Petrobras scandal, including the Odebrecht Group and OAS, in return for receiving favours. He denies wrongdoing.

Will Lava Jato end if Rousseff is impeached?

The million-dollar question, especially for Ms Rousseff’s supporters, is whether the Petrobras investigators will continue with the same vigour if the president falls. Conspiracy theorists on the left believe the purpose of the probe is to unseat her government. Most mainstream analysts, however, believe it represents a strengthening of Brazil’s institutions and should continue after any eventual toppling of Ms Rousseff, perhaps even threatening whatever government comes after her.

*The article has been amended to clarify the reason for the impeachment process.

Get alerts on Brazil when a new story is published