Qatar in talks to buy stake in Leeds United

Qatar is in talks to buy a stake in Leeds United in a deal that would allow the gas-rich Gulf state to enter English football for the first time, according to people with direct knowledge of the negotiations.

Qatar Sports Investments, a state-backed group which controls France’s Paris Saint-Germain, has been in talks over a deal with Leeds United and its owner Andrea Radrizzani in recent months, these people said.

A person familiar with the talks said Qatar was seeking a controlling stake in Leeds United, which plays in the Championship, the second tier of English professional football, and narrowly missed promotion into the Premier League this season.

However, one person close to Leeds United’s leadership said the English club is holding talks with at least six different potential investors, one of which is QSI. This person added that no firm decision has been made as to which party Mr Radrizzani may opt to sell to, but that the Italian entrepreneur’s preference is to sell a minority stake in the club. 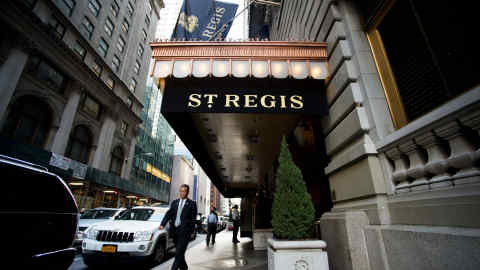 Qatar is the world’s richest nation in per capita terms and, like other Gulf states, has been increasingly using sport to project its soft power. The small nation controversially won the bid to host the 2022 football World Cup and has invested tens of billions of dollars in sport.

Abu Dhabi, the capital of the United Arab Emirates, has used its vast wealth to transform Manchester City and Saudi Arabia is investing in sports events as part of Crown Prince Mohammed bin Salman’s bold plans to overhaul the conservative kingdom’s economy.

Mr Radrizzani has been considering a sale of at least a minority stake for the past few months, but had awaited the outcome of its bid to achieve promotion to the Premier League. Talks have been restarted after Leeds lost at the end of season playoffs to Derby County earlier this month.

The failure meant the club missed out on at least £170m in guaranteed payments from the Premier League’s multibillion pound broadcasting rights.

“We always look for opportunities and the UK market is definitely top on the list”, said a spokesperson for Qatar Sports Investments.

By selling a stake, Mr Radrizzani will be able to reduce the risk of his holdings in the football club he acquired two years ago, having spent close to £100m on his investment to date.

Last year, he sold a 10 per cent stake in the club to 49ers Enterprises, the investment arm of the San Francisco 49ers NFL team, which is owned by the York family.

In public, Mr Radrizzani has expressed frustration over so-called Financial Fair Play (FFP) rules which means the club must raise revenues to acquire players, saying that these restrictions mean the club will need to sell players before next season.

Speaking at the FT Business of Football conference in London on Tuesday, Mr Radrizzani said: “We’ll have to run a difficult summer in terms of the transfer market, but we have a great academy.”

A person close to the talks said that any money raised in a stake sale would not go towards acquiring players for Leeds United, as that would be in breach of FFP regulations.

Instead, Mr Radrizzani will consider using part of the money to buy another European club, a move that would allow him to adopt a model similar to the owners of Watford and Manchester City, which control a network of clubs around the world, with the sister teams sharing resources and loaning players between each other.

The network model makes it easier for football club owners to acquire new talent while satisfying FFP. The system could also suit Paris Saint-Germain, which itself is under investigation by Uefa, European football’s governing body, over alleged breaches of FFP related to its world record signings of superstars such as Neymar and Kylian Mbappé.

Genoa CFC, an Italian Serie A club that is fighting not to be relegated, is currently up for sale and is considered a potential takeover target for Mr Radrizzani, said one person with direct knowledge of the matter.