In San Francisco’s Bay Area and London’s Shoreditch, dropping out of college to found a business is a badge of honour. But not if you want to work for a large, established technology company.

Amazon, together with Google and Apple, is now among the biggest recruiters from top-tier business school campuses around the world, rivalling traditional employers such as investment banks. Only consultancies hired more MBA graduates than Amazon at London Business School and Berkeley’s Haas School of Business in California last year. The online retailer was the number-one recruiter of MBAs at the University of Michigan’s Ross School of Business in 2016.

Miriam Park, a masters in management graduate from MIT Sloan School of Management, is director of university programmes recruitment at Amazon. Her team last year hired MBA graduates “in the high hundreds” across the world. She declines to give a precise figure, but says the number of new entrants at MBA level was about 30 per cent higher than the previous 12 months. “I don’t foresee that growth rate slowing down any time soon,” she says.

Starting salaries at Amazon range from $137,000 for a programme manager to $180,000 for a senior product manager, including signing bonuses, according to Transparent Career, a tech company that aggregates self-reported data in first jobs from recent MBA graduates. This compares with an average for consultancy positions of $165,000, and $170,000 for those taking jobs at investment banks.

“What we find with the MBAs is that they want to create, they want to build and they want to take risks,” says Ms Park. “They’re fairly adaptable, they have a high level of what I would call ability to deal with ambiguity. Couple that with MBAs who have a great analytical bent and it’s the perfect pipeline.”

Such skills are prized at Amazon, according to Ms Park. “We do something called working backwards from the customer,” she says. “This requires people who are good at analysing and diving deep and saying, what does the data actually tell us?”

Amazon is a partner company on Ross’s Multidisciplinary Action Project, a core part of the school’s MBA course. A team of students spends seven weeks at Amazon, enabling both sides to decide if they want to work with one another, according to Damian Zikakis, director of career services at Ross.

The retailer appeals to MBAs over other recruiters, according to Ms Park, because of the extent of its global reach, with ecommerce operations in 11 countries and customers in 185 nations.

“If the MBA candidate happens to go to school in North America but actually really desires to be placed in India or China or London, we make those connections happen between our teams,” she says. 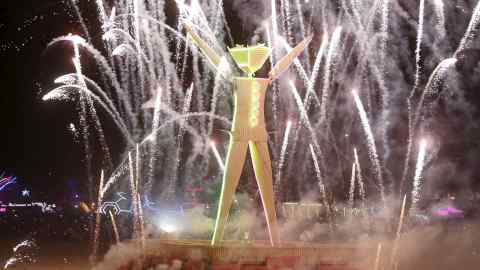 Amazon’s interest in MBAs is partly a reflection of its evolution from a 1990s dotcom start-up into one of the world’s largest companies by market capitalisation. As such it needs people who can develop strategy, manage project teams and create new services. But its size today attracts criticism. Amazon has adopted an MBA graduate hiring model in the same mould as banks and consultancies, according to Bhavik Trivedi, managing partner at Critical Square, an applicant advisory service.

“They bring in highly talented people, churn and burn them in two to four years, and keep the cycle going,” Mr Trivedi says. “Some will stay and rise. The rest, they’ll be replaced.”

Ms Park rejects the suggestion that Amazon does not care about developing new hires, noting that the company operates several fast-track management development schemes, such as its Pathways programme, which prepare MBA graduates for general manager, director and vice-president roles.

“They enter as cohorts so they have a network of peers in addition to the programme leaders,” Ms Park says.

Hiring MBA graduates is a natural next stage in the development of Amazon, which is as much concerned about improving large-scale logistics for delivery from its ecommerce site today as it is in finding analysts to develop new services, according to Ms Park.

Amazon also has fans, such as Susan Cera, a director of Stratus Admissions Counseling. A big attraction of Amazon to MBA students, she says, is that it combines a start-up mentality in developing new online services with the security of a multinational business. This means that a new hire can hope to work there long enough to pay off their college debt.

“Amazon is constantly entering new markets, which provides opportunities for a newly minted MBA to learn about being an entrepreneur in a low-risk environment with established infrastructure and support systems in place,” Ms Cera says.

“Most MBAs we counsel don’t view Amazon as a pure tech company because much of Amazon’s success is due to smart financial management.”