Belarus tech dream is a walk in the park

We’ll send you a myFT Daily Digest email rounding up the latest Belarus news every morning.

The Belarus Hi Tech Park is not quite the Google campus. The grey lobby of the main administrative building has a clinical feel. But for the country’s software industry — struggling to emerge from an economy dominated by state-owned manufacturing industries — this building has been central to creating what many hope will become the “Silicon Valley” of eastern Europe.

Arkadiy Dobkin, chief executive of Epam, a global software provider and IT consultancy, says that 15 years ago it was hard for Belarusian technology companies to be taken seriously. “It was simple things, like having somewhere to bring clients,” he says. “We used to be worried and ashamed to bring big western clients to our offices in Belarus.”

Hi Tech Park changed that. “By western standards the park might not look anything special but it gave us a place to bring people,” says Mr Dobkin. His company, now listed in New York, generates an annual turnover of $1.16bn from clients including health and entertainment businesses.

The park, established by a special law in 2005 and designed to boost the tech industry, is not so much a place as a concept. From 2006 companies could register with the park’s administrators, which is all a business has to do to receive the tax breaks on offer. Many park-registered businesses are not based on the 124-acre site, although about 90 per cent of the country’s technology businesses have now joined the scheme. The park has 164 companies on its books, with more than 27,000 software engineers between them.

Foreign companies have also been attracted by the plentiful supply of computer science graduates, a legacy of the Soviet-era education system that put an emphasis on maths and engineering.

Arkady Moshes, programme director at the Finnish Institute of International Affairs, says Belarus’s authoritarian regime had so far let start-ups operate relatively unhindered. “As long as they don’t challenge the rules they’re not being harassed. They’re not the biggest cow the regime wants to milk.”

Last year’s lifting of EU sanctions, previously imposed for human rights violations, is likely to improve the country’s image, as will a decision by Belarus to allow visa-free travel for short-stay visitors from Europe and the US.

One well-known business established here is Wargaming, creator of online game World of Tanks. The company, which started as a video game maker in 1998, now has 6,000 staff worldwide and over 120m registered users. Viber, a messaging app bought by Japan’s Rakuten for $900m in 2014, was also created in Belarus. Another success is Masquerade, whose app puts animated mask overlays on your face during video chats. Masquerade was bought last year by Facebook for an undisclosed sum.

Local tech companies still worry about making a good impression. A display case houses pictures of celebrities including movie stars Steven Seagal and Dolph Lundgren, who have worked with companies at the park or visited it.

The park was the idea of Valery Tsepkalo, Belarus’s ambassador to the US from 1997-2002, who was struck by the number of Belarusian tech entrepreneurs in Silicon Valley.

He says: “I thought, why do you have to leave Belarus to be successful?”

He convinced the authoritarian president Alexander Lukashenko to create a special economic zone with tax breaks for tech companies and employees. The government donated a derelict building on the outskirts of Minsk and guaranteed a $300,000 loan to help get it up and running.

The Belarusian government, struggling to modernise unprofitable state-owned enterprises that make up about 70 per cent of the economy, has seemingly been willing to let this technology oasis bloom. Mr Tsepkalo says operations at the park generated $950m in revenues last year.

Dmitry Yaroshevich, in charge of strategic development at the Belarus economic ministry, says state sector jobs will have to be cut but he hopes growing technology companies can absorb some of the unemployed.

Software engineers at the park earn about $1,600 a month, compared to average Belarus salaries of $400, which some say has helped slow the nation’s brain drain. “I graduated in 2001 and half my class emigrated,” says Andrei Kulik, chief executive of AImatter, an artificial intelligence and machine learning start-up. “It was very popular to go to the US. But that is changing. Salaries in Belarus are not as low as they were and some people prefer to stay.”

Mr Kulik does not reside in Belarus, he now lives in Zurich, Switzerland, and he says that he does not plan to return full-time. He prefers instead to spend one week every month with his team, which is based in Minsk.

Dmitry Gurski, a partner at Haxus, one of a handful of Belarus-based venture capital investors, says he will remain in the country. “Here we have a name and reputation. If we went abroad we would be competing with Google, we’d be just another company with terrifying Russian accents,” he says.

Even so, companies still tend to move at least part of their operations from Belarus after they have found success. Wargaming moved its headquarters to Cyprus several years ago, Epam is headquartered in Pennsylvania and the Masquerade team was moved to London by Facebook.

This is a problem the economy ministry is trying to combat. Belarus ranks number 37 out of 190 countries in the World Bank’s rankings for ease of doing business, something that almost every official mentions with pride. Mr Yaroshevich’s team is pushing to reach number 30.

The tax-free perks of the park — due to end in 2020 — are expected to be quietly extended by the government. “It hasn’t gone to the president for approval yet, but the government is supportive,” says Mr Tsepkalo.

Science courses grow in popularity but business skills are needed

A good supply of software engineers, a legacy of a Soviet-era emphasis on maths and science teaching, has attracted many foreign companies to Belarus.

“There are many universities here — that was initially our incentive for coming,” says Alexander Shatrov. The Russian entrepreneur chose to base his company Synesis, which makes software to search and analyse video content, in Minsk. “We felt the competition in Moscow from bigger companies and it was hard to hire good programmers.”

However, some say the quality of science and technical training in Belarus is waning. “The old Soviet professors are getting older and new ones are not coming up in their place,” says Dmitry Gurski, partner at venture capital firm Haxus. “We’ve spent our legacy — our education system is declining day to day.”

Science and technical courses have increased in popularity over the past 15 years as students have been lured by the promise of high tech-sector salaries. Student numbers at the Belarusian State University of Informatics and Radioelectronics have risen from 8,000 to 17,000 during the 17 years that Mikhail Batura has been rector. But Prof Batura concedes that training is no longer as intense as it was.

“Students had 42 hours of lectures a week during Soviet times, compared to 28 hours today,” he says. “Old Soviet professors took a much deeper, more probing approach to their students’ learning.”

Some of this perceived training gap is being filled by companies. Many foreign businesses, including Cisco, sponsor labs at universities where students can learn the specialists skills these organisations need.

However, rising incomes are making Belarus less attractive for simple outsourcing. Mr Gurski says the question is becoming: “Can we grow our own products?”

Despite homegrown successes such as the online game World of Tanks and the Viber messaging app, Mr Gurski says many Belarus start-ups struggle to find the marketing and sales staff who can turn them into global businesses. “We have a lot of programmers, but not enough business people,” he says.

To help nurture entrepreneurship, Hi Tech Park recently built a technology incubator. This offers office space and support staff to start-up companies for low prices as well as a more modern, hipster vibe. It features bean bags, replica British phone boxes and a café that would not look out of place at a Silicon Valley tech campus. About 40 early-stage start-ups use the co-working space and seven companies have become part of the incubator programme.

For more about tech start-ups in emerging markets, listen to our podcasts at ft.com/world-tech-founders.

Get alerts on Belarus when a new story is published 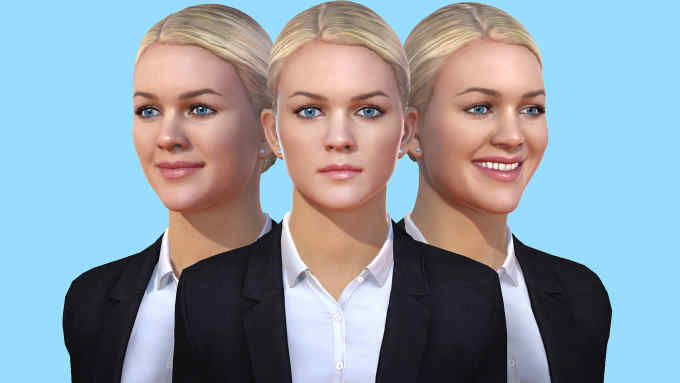 Mobile World Congress focuses on the arrival of 5G; Huawei turns its attention to artificial intelligence; Belarus looks to high-tech sector for new industries; why science and computing is a switch off for women; will virtual assistants ease the call-centre staff blues?