Fintech lures MBAs away from banking and consulting

Before taking her place at the Wharton School, Neha Goel followed a conventional pre-MBA career path, working as a consultant at Deloitte, the professional services firm.

After graduation, however, she will join the riskier world of fintech, with a job in the mobile partnerships team at Braintree, a start-up that enables app-based services such as Airbnb, Uber and Facebook to take customer payments.

Ms Goel discovered fintech through her work advising internet businesses at Deloitte, falling for what she calls the “freedom and scrappiness” of start-ups.

“Consulting was fantastic, however I had to walk away from recommendations and not get to see them go live,” she says. Ms Goel was also attracted to fintech “because it offered fast-moving innovation with dramatic and rapid results”.

Now, as fintech founders grow their businesses, they are heading back to business schools to find well-qualified staff. About a fifth of hires from the international MBA class at Madrid’s IE Business School last year were made by financial services companies. Fintechs made 5 per cent of those hires, up from none last year.

A 2015 Goldman Sachs report estimated $4.7tn of financial services revenue was at risk of displacement from fintech groups. Graduates are drawn to these fast-growing young ventures where their decisions count and mark them out as a vital member of the team, says Irina Zilbergleyt, IE’s director of talent and careers.

The trend presents investment banks and consultancy firms with competition. “One of the biggest talent acquisition concerns of big banks is losing top talent to fintech and other technology companies,” Ms Zilbergleyt says.

$99,255 — average starting salary for an MBA graduate at a tech start-up that has yet to complete
a funding round

$109,218 — estimated cost of attending one year of a two-year programme at Stanford

£8,000 — value of a scholarship launched by Spotcap, a fintech company, towards tuition for a masters or MBA at a UK institution that covers fintech-related fields

Nick Hungerford, an MBA graduate and founder of Nutmeg, the online wealth management service, returned to the UK straight from the Silicon Valley campus of Stanford Graduate School of Business to start his company in 2011.

Eight of Nutmeg’s 78 staff are MBA graduates, including two product managers, its chief marketing officer, chief architect and head engineer. “The beauty of an MBA is that it teaches you to be analytical,” Mr Hungerford says.

Mr Hungerford says Mr McGinley automated what used to be an entirely manual process for testing software applications, resulting in a 25 per cent saving in server costs to the business.

Another proponent is Niels Turfboer, who held senior posts with ABN Amro and ING before completing a joint MBA, split between a year at IE and a year at New York University’s Stern School of Business. He became interested in tech start-ups that tried to disrupt the markets his former employers were operating in, and is now managing director for the UK and Benelux at Spotcap, a Berlin-based online lender tosmall businesses.

“It is a matter of simple economics: this is a growing market,” Mr Turfboer says.

MBA graduates are unlikely to join fintech companies in the expectation of high salaries. Many,particularly those who have worked in private equity, understand start-ups operate differently, Nutmeg’s Mr Hungerford says.

Fintech
Five areas of fintech that are attracting investment 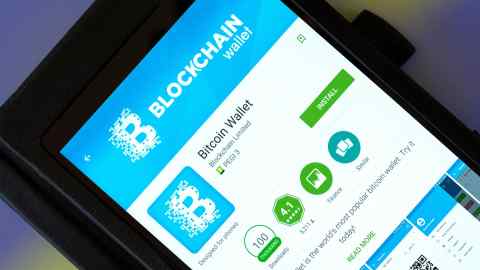 “In the UK, people are a lot less familiar with having remuneration based on equity rather than cash and a bonus, but not among MBAs, who come with an understanding that equity can be a more valuable reward,” he says.

Other attractions for MBA graduates include the opportunity to see first-hand how to set up and run a fintech company.

“He was one of these guys who works for 15 hours a day,” Mr Hungerford says. “The deal was that, if he came to work for Nutmeg, I would in return teach him how to start a business.”

There is something of the same missionary zeal about Ms Goel and her enthusiasm for her work.

“The subpar quality of financial services is a massive problem,” she says.

“Fintech, at its core, is about improving the system as a whole, furthering financial inclusion. And yeah, there’s also an element of making things cooler while we’re at it.”

This story was amended on April 25 to correct Zen Educate’s name and to clarify that Spotcap is a Berlin-based company.