Fauci says US local public healthcare is ‘in tatters’

Anthony Fauci has warned that the infrastructure for US local public health is “in tatters”, and has called for the government to learn the lessons of the current pandemic and to invest in preparations for the next one.

The top doctor on the White House’s coronavirus task force, who has been criticised by President Donald Trump in the past week, said on Monday that the US needed to train more physicians so that doctors are not “building the plane while they are flying it”. He also recommended funding more platform technologies that could be quickly deployed against new diseases.

“We really need to have a very solid pandemic preparedness plan and operational capabilities, because this is not something that is going to go away and never happen again,” he said at an online event run by Stanford University.

Dr Fauci said that public health departments had been “a victim of our own success”. Funds had been cut because they had controlled diseases such as smallpox, polio and tuberculosis so well.

Coronavirus: free to read
Anthony Fauci: ‘We are living in the perfect storm’ | Free to read 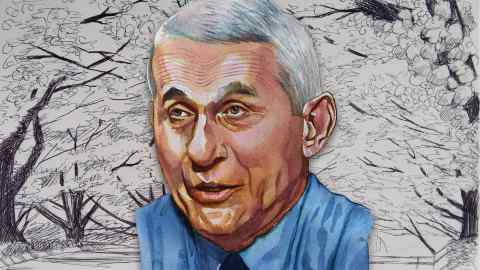 His comments came after several Trump administration officials challenged Dr Fauci’s assessment that the US was not doing well with the coronavirus, as cases surge in states including Florida, Texas, and California. Brett Giroir, another member of the task force, said on NBC’s Meet the Press on Sunday that Dr Fauci does not always have the “whole national interest in mind”.

Dr Fauci has become more outspoken about having to reverse course on loosening measures in states where the virus is spreading rapidly and having to wear masks and socially distance. He told the Financial Times last week that, despite the surges, he had not briefed Mr Trump for two months.

In his other role as director of the National Institute of Allergy and Diseases, Dr Fauci oversees research into the disease, potential treatments and vaccines. With two drugs now being used for patients who are seriously ill, the hunt is on for medicines that could be taken earlier in the disease progression.

He was optimistic about the chances of monoclonal antibodies, engineered to bolster a patient’s immune system, working against Covid-19. Antibody treatments are being tested in patients by companies including Eli Lilly and the New York-based biotech outfit Regeneron.

Dr Fauci said three big questions remained about Covid-19: the durability of patients’ immunity; unusual effects on patients, such as an inflammatory condition suffered by some children with the disease; and the long-term effects on recovered patients.

“We’re hearing about people who get sick, go to the hospital, come out, and then it takes weeks if not months for them to begin to even feel slightly normal,” he said.