We’ll send you a myFT Daily Digest email rounding up the latest Nvidia news every morning.

Nvidia has admitted that its planned acquisition of UK chip design company Arm is unlikely to be completed within the 18-month period it laid out, as it faces drawn-out regulatory investigations around the world.

However, Jensen Huang, chief executive, said the US chipmaker was “confident” that regulators would clear the transaction, which has faced opposition from other chip companies that rely on Arm’s designs.

Nvidia did not submit a formal application with Chinese antitrust regulators until June, eight months after the deal was announced, and an investigation there could stretch to 18 months, according to local lawyers.

Meanwhile, Nvidia has faced an extended antitrust review and questions about the impact on national security in the UK, where the deal has become a politically charged symbol of the country’s loss of corporate influence in the face of foreign takeovers.

“Our discussions with regulators are taking longer than initially thought, so it’s pushing out the timetable,” Huang said in an interview with the Financial Times. “It’s not one particular regulator,” he said of the expected delay. “But we’re confident in the deal, we’re confident regulators should recognise the benefits of the acquisition.”

News of the likely delay came as Nvidia reported stronger than expected financial results on the back of soaring demand for its chips from gamers, cloud data centres and cryptocurrency miners. Its shares rose more than 2 per cent in after-market trading, despite news of the expected delay.

A drawn-out antitrust review in China led to the collapse of a big chip deal involving a US buyer three years ago, at a time when technology tensions between the US and China were rising sharply. Qualcomm pulled out of its $44bn purchase of NXP after it failed to get clearance in the 18 months the two companies had allowed for the deal, along with a three-month extension. 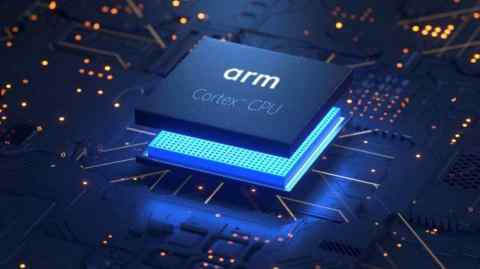 Nvidia has insisted until now that it would hit its deadline for the deal to close by March. Its agreement with Japanese conglomerate SoftBank gave it until the end of 2022 to complete the purchase, Huang said. Asked if he thought it would win regulatory clearance before then, he said: “We hope so.”

The opposition in the chip industry and regulatory delays have led to speculation that SoftBank may eventually opt for a stock market listing for Arm, rather than try to press on with a full sale. The Philadelphia semiconductor index has risen by 55 per cent since the deal was announced in September.

By comparison, the value of Nvidia’s cash-and-stock agreement offer has risen by 41 per cent and stands at up to $54.3bn, with part of the payment tied to the performance of Arm’s business after completion.

SoftBank declined to comment on the delay indicated by Huang. But Yoshimitsu Goto, SoftBank’s chief financial officer, told investors last week that the company continued to believe that the deal will be successfully closed within the given timeframe.