Venture capital groups are trying to raise larger sums at an even faster pace to plough into technology start-ups, despite the high-profile struggle of Uber and the near collapse of WeWork.

Kleiner Perkins, which provided early backing to Amazon and Google, is hoping to raise up to $700m this quarter, roughly one year after tapping investors for its previous fund, said two people familiar with the plans.

Other blue-chip companies including General Catalyst and Khosla Ventures are in the market for billion-dollar funds after previously raising money in 2018, investors said.

Venture capital firms took an average of three years between raising new funds in 2019, according to the data provider Pitchbook — down from more than four years as recently as 2012.

“It’s hard to see how this dynamic is going to change [in the near-term],” said Beezer Clarkson, managing director at Sapphire Partners, which invests in venture funds. “It does feel a bit like we’re all constantly running up a down escalator.”

The fundraising push follows a frenzied stretch for start-up investment, amplified by non-traditional backers such as the $100bn Vision Fund raised by Japan’s SoftBank Group three years ago.

Last week, London-based venture capital firm Atomico raised a new $820m venture fund, three years after its previous raise. It is the largest of its kind to be raised by a European venture firm, even after a record-breaking year for funds in the region last year. Atomico was founded by Niklas Zennstrom, who also co-founded Skype.

Investors said venture firms were asking for larger than usual sums and aiming to secure funding early in the year, when endowments and other institutions open their books for new investments.

Battery Ventures, a Boston-based group whose investments include the software company Databricks and the Pokémon Go developer Niantic, raised a combined $2bn for two funds this month. Their predecessor funds totalled $1.25bn two years ago, by comparison. 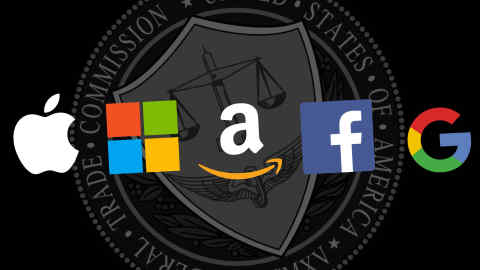 General Catalyst, chaired by former American Express chief executive Ken Chenault, is aiming to raise a combined $2.3bn for its next funds, one person briefed on the process said. That sum would be about two-thirds larger than the amount it last accepted in 2018.

“One of the reasons to raise a larger fund is to have more time on the clock to invest that [money],” said Battery partner Neeraj Agrawal. “We talk about time diversification as an important component.”

Khosla, led by Sun Microsystems co-founder Vinod Khosla, is known for backing high-tech ventures such as the plant-based meat company Impossible Foods and robotics group Berkshire Grey. One investor briefed on the firm’s plans said it aimed to raise a new fund in the third quarter, matching its previous $1bn pool of capital in size.

General Catalyst, Khosla and Kleiner declined to comment on fundraising.

Some venture capital firms have sought to raise larger amounts to back start-ups that are increasingly delaying public offerings.

SoftBank, however, has run into trouble raising a second, larger Vision Fund after facing resistance from the first version’s largest outside backers, the Public Investment Fund of Saudi Arabia and Abu Dhabi’s Mubadala.

Masayoshi Son, SoftBank chief executive, said this month that the second Vision Fund could begin “at a smaller scale with bridge funding”. The Japanese group has pledged $38bn of its own capital to the fund.