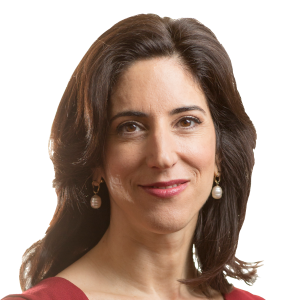 Powerful narratives can take a long time to emerge. In 1981, economist Sherwin Rosen published the paper “The Economics of Superstars”, which argued that technological disruptions gave disproportionate power to a few players in any given market.

Television, for example, made it possible for the world’s highest paid athletes and pop stars to earn exponentially more than others in their fields. Mr Rosen argued that the rise of superstars would be bad for the bottom line of everyone else. It is a point that is once again front and centre as a spate of research shows that it is not trade or rapacious bankers but technology that is the primary economic driver of the most important political trend of our time — populism.

As the latest IMF Global Outlook report points out, technological shifts have been “the dominant driver” of the change in labour’s share of the economy in advanced countries. Labour’s share of the pie is at its lowest point in half a century. But Silicon Valley groups Google, Apple, Facebook and Amazon are enjoying Mr Rosen’s superstar effect.

Research from the McKinsey Global Institute shows that 10 per cent of companies account for 80 per cent of profits, and the top quintile earns 90 per cent. What is more, those top companies are no longer capital-intensive industrial groups but tech businesses rich in intellectual property.

As the Silicon Valley giants prosper, everyone else is falling behind. Their platforms have delivered powerful new goods and services to consumers at lower costs, but lower gadget prices have not come even close to making up for the decline in the workforce share of the economic rewards as a result of technological change. And while these companies are not necessarily in violation of antitrust laws, it is clear that they exert monopoly type power in the market — as evidenced by everything from Google’s latest ad-blocking efforts to Facebook’s rapacious acquisition of any smaller company that looks remotely like a competitor.

What is perhaps most fascinating about this is that Silicon Valley has largely escaped the populist anger that Wall Street or cheap Chinese labour has attracted. As University of Chicago professor Raghuram Rajan has pointed out, this may be because the job-disrupting effects of technology are harder to see than those of trade. Of the nearly 6m manufacturing jobs lost in the US between 1999 and 2011, only about 10 per cent can be directly traced to Chinese imports — yet those losses are concentrated in just a few rust belt communities. The more subtle, dispersed nature of the changes driven by Silicon Valley makes it a less obvious target for voter rage. And of course, we all love our gadgets: remember Democratic Senator Carl Levin mooning over his iPhone even as he led Senate hearings into Apple’s use of offshore tax havens in 2013?

It is hard to see how the Trump administration’s deregulation of the Federal Communications Commission and Federal Trade Commission, including overturning rules for how broadband providers can use customer’s personal data, will make things markedly better. On the one hand, it would allow cable companies to compete more directly with the likes of Google and Facebook. If that unleashes more investment into, say, broadband internet expansion in rural areas that are currently cut off from the digital economy, that could be good for local communities. But I fear that the practical result will simply be that a slightly larger handful of big tech companies will have many more ways to monetise our personal data legally — from health records to bank statements.

Yet there is a David-and-Goliath aspect to the “knowledge-is-the-new-capital” story too. Smaller companies that digitalise faster (and even individuals too) can increase their revenue exponentially, enjoying a kind of mini-superstar effect. That is one reason why it is so important to keep the digital highway open to all players — something that could be threatened by the administration’s deregulation efforts — and to enforce antitrust laws, which have been woefully under-utilised over the past four decades.

We might also rethink how we share the spoils of the superstar effect. Many of the tech behemoths of today became rich on technology that was originally funded by the federal government (the internet, touch screen technologies and GPS). It seems fair that the public sector should recoup some of that and use it to spread the benefits of technology. Countries such as Israel and Finland retain equity in businesses that come out of basic government research.

What is more, the US government has dictated in the past that technology companies reinvest money in Main Street rather than giving it back to Wall Street. That is how Bell Labs was born, after the federal government insisted that AT&T, a monopoly at the time, reinvest its profits into big new innovations. With US companies holding $2.1tn abroad to avoid paying taxes (the largest chunk of it horded by intellectual property rich firms), and wages stagnant, this argument will only gain steam.

Tech giants should pay attention — or they risk replacing China and Wall Street as the target of populist outrage. 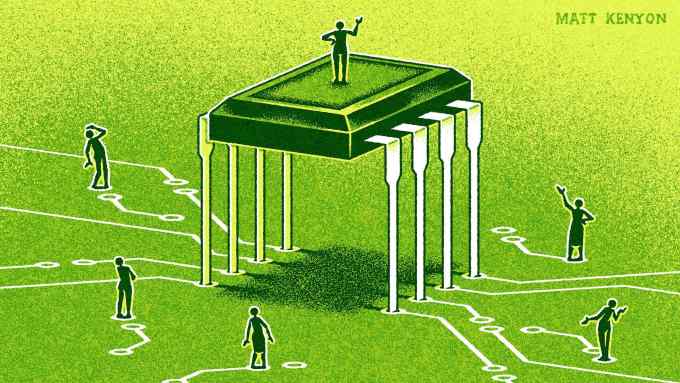