The cost of Britain’s new HS2 high-speed railway line is to spiral by as much as £30bn, according to an internal review, plunging the project into fresh uncertainty as the UK prepares to usher in a new prime minister.

Allan Cook, the new chairman of HS2 who took over in December last year, has written to Bernadette Kelly, permanent secretary at the Department for Transport, to warn that the entire rail project cannot be completed for the official £56bn budget.

Mr Cook’s preliminary findings predict the final cost of building the line could now rise to between £70bn and £85bn, according to two people close to the HS2 project.

News of the likely cost overruns will add to mounting questions over the future of HS2, one of the country’s most contentious infrastructure projects. It has been beset by delays, contract scandals and concerns over poor management, as well as allegations by whistleblowers that parliament was misled on the budget for land purchases.

Boris Johnson, frontrunner to win the contest next week to become leader of the Tory party and Britain’s next prime minister, has in the past been critical of the way the project’s costs were “spiralling out of control”.

He has appointed Douglas Oakervee, a former HS2 chairman, to carry out his own review of the project’s scope and costs. 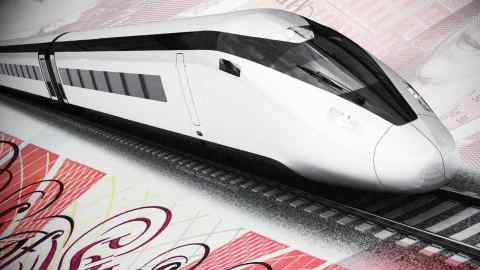 The steep increase in costs is also a fresh headache for Chris Grayling, the under fire transport secretary, who was shown Mr Cook’s letter on Wednesday, one of the people said.

The other person close to the project said the costs had increased because of a “combination of poor ground conditions found during the surveying work, the costs of engineering a railway to a very high specification, and the further additional costs of it being designed to run at even higher speeds than other comparable rail projects”.

HS2 is Britain’s most ambitious new infrastructure project and would stretch from London’s Euston station to Birmingham in its first phase and then to Leeds and Manchester.

Mr Cook was brought in to take control of the project last year after the departure of Sir Terry Morgan, who also quit as chair of Crossrail after cost overruns. Last month Mr Grayling revealed Mr Cook had been reassessing the costs and the expected time overruns and considering whether cutbacks can be made.

“I’m really waiting for Allan [Cook] to come back to me to say this is how we’re going to take the project forward,” he told the New Civil Engineer magazine in June.

Potential savings could include stopping the line at Old Oak Common to the west of London, rather than undertaking expensive and disruptive tunnelling work through the centre of the capital. 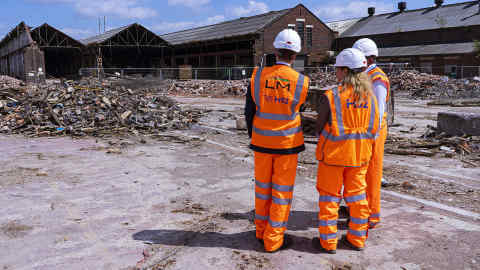 Construction has already been delayed until the end of the year, prompting contractor Balfour Beatty to warn that it would have to lay off staff if work is further delayed.

Last week HS2 announced that it had abandoned its initial hunt for a contractor to build its station at Birmingham, after companies were unwilling to take on the risks associated with the £435m projected cost. HS2 said it will rethink the procurement process for its Curzon Street station so as to reduce contractor risk and increase competition.

Last year a document for the Treasury’s “Infrastructure and Projects Authority” was leaked, warning that the “fundamentally flawed” project could end up costing as much as £90bn given it was in a “precarious position”.

A spokesman for HS2 said the group did not comment on leaks. “We have previously noted that our chair, as you would expect, continues to scrutinise the programme, and regularly reports back to the department,” he said. “We are determined to deliver a railway that rebalances the economy, creates jobs, boosts economic growth and is value for money for taxpayers.”

The DfT said in a statement that Mr Cook would provide his final analysis “in due course”.