EU warns that it may break up Big Tech companies

The EU has raised the stakes in its efforts to curb Big Tech by threatening to break up companies that repeatedly engage in anti-competitive behaviour in the first overhaul of the bloc’s rules for internet businesses for two decades.

A draft of the new Digital Markets Act warned technology companies that break competition rules will face fines of up to 10 per cent of their global revenues. Brussels also warned the EU would move to break up any technology company that is fined three times within five years.

Margrethe Vestager, the commissioner in charge of competition and digital policy, said the EU would not hesitate to “impose structural remedies, divestitures, that sort of thing”.

However, the prospect of breaking up a US tech giant would be daunting, said Thomas Vinje, a partner at the law firm Clifford Chance. “I don’t believe the EU would risk breaking down [the alliance with the US] by threatening to break up American icons,” he said. “The Biden administration is not going to let that happen easily.”

The commission should take direct aim and at least dismantle the perverse business model of these tech giants: monetising personal data via advertising

The EU said it would hold technology groups to a higher standard of regulation, classing companies as “gatekeepers”, with the power to dictate their markets if they have annual revenues in the European economic area of at least €6.5bn in the last three financial years. The companies must also have at least 45m users and be active in at least three EU states, the draft regulation said.

“We need to act quickly,” said Thierry Breton, one of the EU commissioners in charge of the regulations. Otherwise, he warned, “we may destroy competition and opportunities for some players that could have been successful innovators”.

Separately, the EU also released the draft of its Digital Services Act, which is designed to force tech companies to take more responsibility for the illegal behaviour on their platforms. It warned companies that do not police themselves will face fines of up to 6 per cent of global revenues.

The Commission’s draft proposals will now be voted on by the European parliament and the Council of Ministers. There is no timetable yet for when they will come into force. 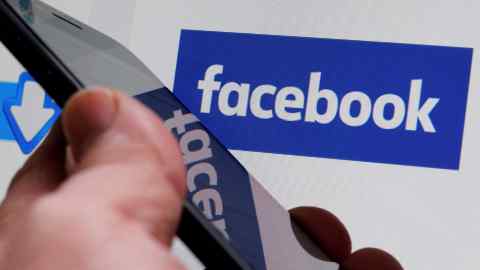 The new rules, if they pass into law in their current form, would be among the world’s most stringent regulations on technology companies such as Amazon, Google and Facebook.

They are also an acknowledgment in the EU that existing competition law is inadequate and has failed to curb the growth and market power of the Silicon Valley giants.

US technology companies are facing growing hostility in Europe for paying low levels of local tax, invading privacy and crushing their rivals.

However, Brussels’ ambition to take on Big Tech faces at least two years or more of political wrangling and debates. 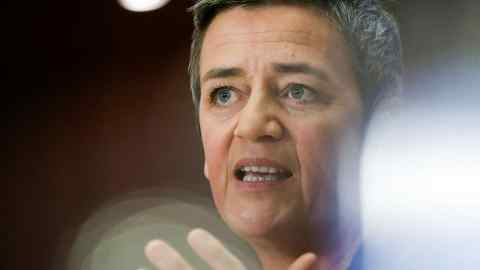 Paul Tang, a Dutch socialist MEP who will be taking active part in the discussion of the new rules next year, said: “The commission’s plans are good, but not good enough to curb the monopoly power of tech giants.

“Instead, the commission should take direct aim and at least dismantle the perverse business model of these tech giants: monetising personal data via advertising.”

Others in the European Parliament expect Big Tech will try to water down the new rules. Stéphanie Yon-Courtin, another European lawmaker who has played a prominent role in competition policy discussions, said: “I expect platforms to try to divide the EP around fake and simple debates such as being pro versus anti freedom of speech or pro and versus anti innovation.”