It is not perhaps the most obvious idea for an investor that derives all its inflows from oil and gas revenues to prioritise sustainability. But Norway’s $1tn oil fund has been different from the beginning. One of the few sovereign wealth funds in a democracy, the Norwegian fund has put ethical issues at the heart of what it does.

The world’s largest sovereign wealth fund made a splash in 2006 when it banned global business giants — including Walmart, Boeing, Airbus and Honeywell — from its portfolio for alleged violations of human rights in the case of the retailer and producing nuclear weapon components for the other three.

Since then, the fund has laid out a number of expectations on everything from climate risk to executive pay, and children’s rights to anti-corruption practices, from the 9,000 companies in which it invests.

“We are a fund for future generations,” says Carine Smith Ihenacho, chief corporate governance officer at Norges Bank Investment Management, which manages the fund for the Norwegian people. “Sustainability in investments is essential for long-term value creation and also safeguarding the value we have,” she adds.

Because of the fund’s size — on average it owns 1.4 per cent of every listed company globally and 2.4 per cent of each European business on the stock market — its pronouncements are followed closely by many investors, with a smaller subset aping its actions.

But there are also questions from environmentalists and some academics about whether the fund is doing enough, especially on climate risk. Beate Sjafjell, a law professor at the University of Oslo, has written about how the fund “could be a real game changer”, if it used its financial muscle to force companies to confront the systemic risks from a business-as-usual approach.

The fund and its controllers at Norway’s finance ministry and parliament are adamant: it should not be used as a foreign policy tool. So Ms Ihenacho several times stresses the importance for the oil fund of only following international standards and principles. The main ones are the OECD’s guidelines for multinational enterprises and the UN global compact.

The fund takes those standards and turns them into expectations for companies in areas such as water management and taxation, or into position papers, mostly on specific governance issues such as the qualifications of directors or the role of bonus schemes in executive pay.

“It has been a journey and I guess the journey is still ongoing. [They are] complex issues but we very much believe in promoting sustainable business practices. It’s at the heart of what we do,” says Ms Ihenacho, who came to the fund a year ago from Norwegian oil major Equinor.

The fund has not been able to shy away from controversy or charges of hypocrisy. Some of the most charged debates have revolved around what the fund should do with investments in fossil fuels.

We very much believe in promoting sustainable business practices. It’s at the heart of what we do

After years of political debate, Norway’s parliament decided in 2015 to force the fund to sell out of any mining company or power producer that derived more than 30 per cent of its revenues or operations from coal.

“That has not been easy at all,” says Ms Ihenacho.

The biggest problem has been finding proper information as many companies do not disclose the share of coal in their revenue or energy production mix. The fund has been forced to try to find out much of the information itself.

“The work is in many ways ongoing,” says Ms Ihenacho, with the fund having barred more than 70 companies from its portfolio. Nonetheless, many environmentalists are annoyed with how the fund interprets the criteria, with several pressure groups recently urging it to sell out of German utility RWE, which runs several coal-fired power plants.

Even more controversial was the fund’s declaration that it would make financial sense for it to sell out of oil and gas shares because of Norway’s overall exposure to petroleum. A government-appointed commission came to the opposite conclusion, and parliament will now decide. Ms Ihenacho emphasises that it was not a recommendation based on sustainability concerns but was made solely on financial grounds.

To help it secure more information on climate risk and other topics, the fund has developed its own proprietary tool, called Angle. This gives portfolio managers not just information on financial and governance issues but also non-financial measures, such as carbon emissions. Ms Ihenacho says the fund, with other investors, is pushing companies for better disclosure of such non-financial measures as well as greater standardisation to enable shareholders to compare businesses more easily.

The fund continues to take a “softly, softly” line on corporate governance issues, at least in public. “We very much want to support the companies we invest in and avoid having issues with individual companies,” Ms Ihenacho says. But it tells them behind closed doors what it feels and has voted against companies in recent years including Apple on proxy access, Facebook on a series of issues, JPMorgan on combining the roles of chief executive and chairman, and Volkswagen for repeated governance failures.

That approach is unlikely to please everyone but it tries to keep the oil fund out of headlines for pushing a specific agenda. Says Ms Ihenacho: “As a fund we set our own priorities. There are no other investors that it is obvious we can compare ourselves with . . . We have to define our own ways based on who we are.” 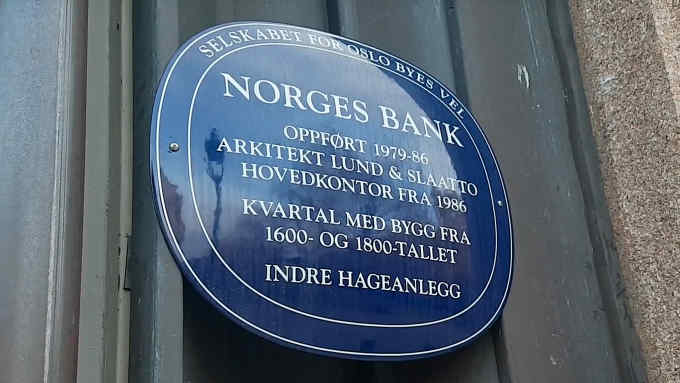