Time to look again at the financial system’s dangerous faultlines

The west cannot afford another financial crisis. It would be a disaster in every possible way domestically, and a geopolitical gift to strategic competitors in Beijing and elsewhere.

Last March and April, the fabric of our financial system was stretched almost beyond endurance. Only intervention from the north Atlantic central banks seems to have averted some kind of disaster triggered by markets grasping the pandemic was serious.

One can more than quibble over the gigantic scale of central banks’ bond purchases and their fuzzy explanations, but problems in monetary politics should not distract from the imperative of ensuring the system proves more resilient in future.

Many describe the US Treasury market as the most liquid capital market in the world. It would be more accurate to say that, for the dollar’s place as the world’s premier reserve currency to be secure, trading in Treasuries must remain reasonably liquid in all weathers. The same goes for government bond markets on the European side of the Atlantic.

Three things are needed to tackle this part of the backlog of unfinished or neglected business for safeguarding stability. First, central banks need to dust down the plans developed a decade ago for them to act as market makers of last resort — buying and selling securities, subject to an insurance premium — when trading liquidity evaporates.

Led by incoming US Treasury secretary Janet Yellen, authorities, including legislators, need to get on with it

You don’t need to buy the whole of a market to underpin its liquidity, as Mario Draghi demonstrated in 2012 when he declared the European Central Bank would “do whatever it takes” to deter the run on sovereign debt markets. Acting as the market maker of last resort is not the same as using quantitative easing to stimulate spending in the economy, or buying bonds to peg debt-servicing costs. It is about restoring liquidity by acting as a backstop buyer and seller, not targeting a particular price.

Second, the plumbing and design of the main government bond and bond-lending markets need repairs, and possibly overhauling, if they are to cope with today’s extraordinary occasional bursts in selling activity. Maybe, as Stanford economist Darrell Duffie has proposed, all transactions in government bonds should be processed through central clearing houses.

But since many clearing houses are now super-systemic, authorities should contemplate that solution only if, at long last, they grasp the nettle of how to resolve a distressed central counterparty without a taxpayer bailout. This is a painful piece of badly needed reform.

Third, and most significantly, the spectre of excessive leverage and liquidity mismatches among some types of funds and other investment vehicles really must now be addressed.

Banking’s historical fragility is being replicated outside the industry, and without constraints or backstops. In general terms, this was foreseen: the re-regulation of banking after the 2008-09 collapse was obviously going to incentivise activity to migrate elsewhere.

There were plans to develop policies for such shadow banking, distinguishing it from the vanilla capital markets activity that does not represent a threat to the resilient provision of essential credit, insurance and payments services. But the plans stalled, and when the shadow banking label was ditched for the much more positive sounding “market-based finance”, the issue was, in effect, whitewashed. 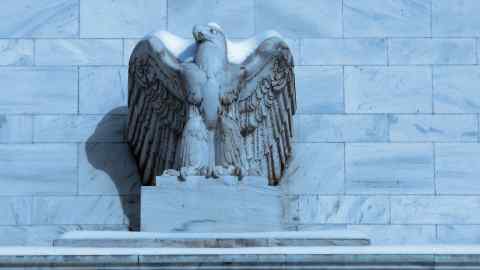 Last October, the Systemic Risk Council, a group of former top central bankers and regulators, academics and others, published proposals for reforms to ensure a stable financial system. The 2008 market meltdown triggered by the dramatic failure of the investment bank Lehman Brothers gripped the public, fuelling demands for reform. But the March 2020 near-miss has passed most people by.

Led by incoming US Treasury secretary Janet Yellen, authorities, including legislators, need to get on with it. The system is less resilient than claimed, and many know it. Legislators should use forthcoming confirmation and oversight hearings, on both sides of the Atlantic, to demand that incoming and incumbent officials and regulators commit to tackling these dangerous faultlines.

So democratic leaders, please do what only you can do: inject public energy into this. More prosaically, demand that substantive progress be reported to the next G20 summit. And central bankers, market regulators and prudential supervisors, act decisively whether or not elected power stirs itself. A near miss was a peculiar kind of blessing — don’t let it go to waste.