Sign up to myFT Daily Digest to be the first to know about Technology sector news.

Amazon has hit a $1tn market capitalisation, capping an extraordinary surge that has seen the ecommerce group’s stock more than double in 12 months.

While Apple was first to $1tn last month, Amazon's rise is record-breaking in its own right. The iPhone maker's relatively steady climb contrasts with Amazon’s vertiginous recent rally, adding some $520bn in equity value in the last year alone. That increase is itself as large as the market capitalisations of Berkshire Hathaway and Facebook, respectively the world's fifth and sixth most valuable public companies.

Amazon’s share price has accelerated as it has shown Wall Street that it is no longer afraid to turn a serious profit, following July’s delivery of its first quarterly net income above $2bn.

What began as an online bookseller was founded by former hedge fund manager Jeff Bezos, now the world’s richest person, in his garage in Bellevue, Washington, in July 1994. His 16 per cent stake is now worth more than $160bn, accounting for the vast majority of his personal wealth.

The company went public just three years later, in contrast to today’s tech “unicorns”, such as Uber and Airbnb, which have stayed private for many years after achieving huge scale. Amazon raised a modest $54m in its 1997 initial public offering, which valued the company at $438m.

It has since grown to become one of the world’s most feared and admired companies, shaking off controversies about demanding work conditions in its warehouses and headquarters alike.

Fuelled by the continuing growth of its core retailing business and the efficiencies that come with vast scale and a valuable trove of customer data, Amazon has successfully expanded into higher-margin cloud computing, advertising and online video, while also investing in longer-term bets such as artificial intelligence, healthcare and its own distribution network– whether by truck, plane or drone. Mr Bezos’ unbounded ambition rattles boardrooms far beyond Silicon Valley.

There have been flops along the way – most notably its Fire phone, which was discontinued in 2015 after just a year on the market – but Mr Bezos has always encouraged his staff to take risks.

“I’ve made billions of dollars of failures,” he said at a conference in 2014. “Experiments are by their very nature prone to failure. But a few big successes compensate for dozens and dozens of things that didn’t work.”

Amazon share price at its Tuesday peak, valuing the company at $1tn

For the best part of two decades, that aggressive approach to investment in the future yielded meagre profits. Amazon did not surpass $1bn in quarterly net income until the end of last year.

The company only survived the dotcom bust thanks to a last-minute convertible bond deal that raised $672m in February 2000, just weeks before the market started to crash. It took until 2003 to report its first annual net profit. In the mid-2000s, with its share price languishing, some wondered if Mr Bezos was still the right person to run the company, after the founders of Yahoo and Google had brought in “adult supervision” to run their businesses.

Amazon’s stock would not return to its dotcom peak above $100 until 2009. But the last 10 years have seen its market capitalisation increase by an astonishing $965bn to reach Tuesday’s trillion-dollar milestone, when the stock hit $2,050.50 in morning New York trading. After giving back a little of its gains, it closed the day at $2,039.51, valuing the company at $995bn. 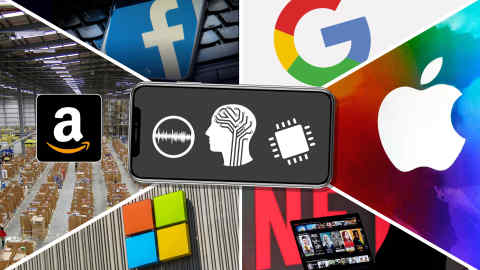 Today the company employs more than half a million people and is in the midst of a public search for a second headquarters to expand from its Seattle home.

It continues to be the target of political scrutiny ranging from President Donald Trump, who has slammed the company over taxes, its relationship with the US Postal Service, and Mr Bezos’s ownership of the Washington Post, to Vermont Senator Bernie Sanders, who has recently spoken out against its working conditions and wages.

Amazon should be a labour practices leader / From Lauren Compare, Managing Director of Boston Common Asset Management, Boston, MA, US