The cold war revival will be very expensive

Having been abandoned by Airbus after the Brexit vote as a partner for the next generation of fighter jets, BAE Systems put on a brave face at the Farnborough Air Show on Monday. It unveiled a full-size model of what its planned Tempest fighter may look like in 20 years, and a UK government pledge of £2bn.

Given that the programme for Lockheed Martin’s F-35 fifth-generation fighter, built with BAE as a partner, is costing $400bn, that will not go far. “Capable, flexible, upgradeable, connected, affordable,” declared the slogan behind the model aircraft. The last is the biggest stretch.

After a post-cold war decline and the squeeze that followed the 2008 crisis, this is a bountiful moment for defence contractors. Not only has Donald Trump raised the US defence budget but he spent last week berating its allies for missing Nato’s spending targets.

But nothing eats money like a weapons programme and being told to spend more money quickly on defence is a recipe for waste. Europeans and Americans need to be better shielded from the resurgent military threats of Russia, China and others, but it will not come cheap. It will be particularly inefficient in the fragmented and nationally divided European market. 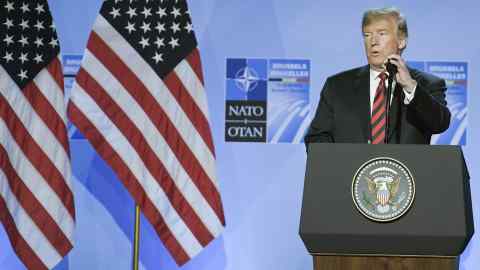 Weapons are inherently expensive, lacking the qualities that help to reduce costs. Like a Formula One car, not only is the product itself bespoke, but it is made up of many unique parts, few of which can be bought off the shelf. The whole point is to have a piece of advanced equipment, on the cutting edge of what is technically possible.

BAE showed a model of the Tempest fighter because none of it has yet been developed — not the avionics and sensors, nor the missiles, nor the engines that Rolls-Royce will design if BAE and the Royal Air Force find partners beyond Leonardo, the Italian defence company, and the weapons manufacturer MBDA. The entire aircraft is a prodigious feat of imagination.

Nor can these costs be covered by making a lot of the product. Apple compensates for stuffing high technology components such as facial recognition sensors into iPhones by selling millions, but production runs for weapons are tiny. The F-35 was designed for use by Nato allies, but they cost about $90m each, 310 have been delivered, and the target is only 3,000 aircraft.

There is also a supply chain constraint. The Pentagon cannot save money by having components acquired globally and weapons assembled in China — it is already wondering whether its supply chains are secure enough. Not only do defence contractors carefully pick and certify suppliers, but they often specify the individual factories that will make each widget.

These challenges are big enough for the US, which will spend an estimated $623bn of Nato’s total of $936bn on defence this year. They are even greater for Europe, as the UK’s appeal this week for Tempest partners showed. Despite some consolidation. Europe suffers from fragmentation and lack of economies of scale that the EU has taken only baby steps to address.

Brexit does not help but the difficulties are deeper than the muddle into which the UK has fallen. McKinsey, the consultancy, estimated last year that European countries could make savings of 30 per cent by procuring jointly and making weapons platforms operate together. Not only is procurement done nationally but software and systems are often incompatible.

Members of the European Defence Agency, the EU’s nascent effort to pool members’ defence efforts, operated 178 major weapons systems in 2016, compared with 30 in the US. Europe has 20 types of fighter jet, while the US has six. If you combine a far lower budget with procurement aimed at supporting domestic companies as well as defending citizens, it is bound to cost a lot.

Governments would dearly like to prevent themselves being locked into expensive and inflexible weapons systems that often operate long after they were to be replaced because of the cost of building new ones. They dream of fighter aircraft that are upgradeable in the manner of iPhones, rather than having obsolete technology flying around 30 years after launch.

The Pentagon now talks of “creative compliance” — speeding up innovation by giving contractors incentives to innovate rapidly rather than being hamstrung by bureaucracy. If the RAF finds the partners to build Tempest, it wants the aircraft to be reconfigurable and to have open architecture, rather than being stuck with software that is ageing before the first test flight.

It all sounds highly rational but history hangs heavily over defence procurement and President Trump’s effort to propel allies into ramping up budgets rapidly will make it heavier. His metric of success is spending money rather than spending it efficiently, and Europe has not performed well at either.

It is a fine call whether European defence integration or sixth-generation jet fighters will take off first. Meanwhile, an industry with a severe supply side problem will try to solve it by raising demand. The model of a Tempest has one advantage over fighters that actually fly: it was cheap. 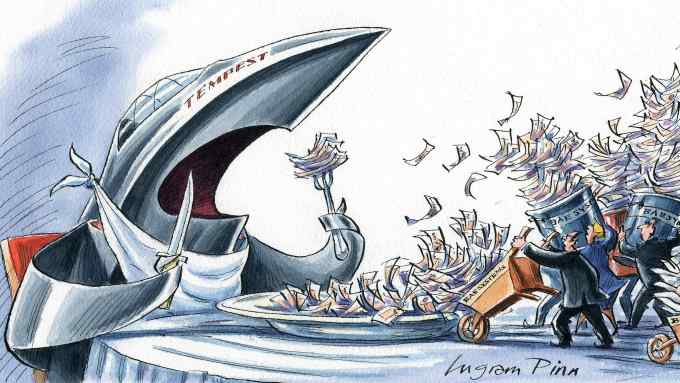 Tech is shrinking the world but Trump’s protectionism and China’s nationalist strategy threaten global trade. This week, in a bold move, Japan and the EU signed the largest bilateral trade pact. Here’s the best of our opinion and analysis