Companies have made big strides in cutting their emissions intensity, but much more remains to be done

The FT’s inaugural listing of Europe’s Climate Leaders arrives as the effects of climate change are becoming ever clearer, and efforts to tackle it are starting to intensify.

Later this year, world leaders will gather in Glasgow for COP26, a UN summit convened to advance efforts to reverse global warming. Adding urgency to their discussions is the fact that 2020 tied with 2016 for being the hottest year on record globally, and was the out-and-out hottest in Europe.

Though some of the percentages are comfortably into double figures, they only take account of so-called Scope 1 and Scope 2 emissions — that is, respectively, those directly produced by a company itself, and those produced in generating the energy used by the company. (The interactive table below uses “core emissions” as a shorthand.)

Scope 3 emissions, which occur at all other points in the value chain, are not factored in, as there is no single standard for reporting them. Yet these account for the bulk of most companies’ emissions — a factor of particular relevance to, among others, the fashion industry, which is represented by three companies in the top 20, including table leader Superdry.

A handful of companies on the list have also increased their revenues at a rate that has outstripped their energy usage, which means that their Scope 1 and 2 emissions have increased in absolute terms even as their emissions intensity has fallen.

Given these complexities, we are listing the companies initially in descending order of reduction in emissions intensity, although no overall ranking is implied. The list is sortable in multiple ways using the toggles at the top of the column headings.

Some interesting patterns emerge: the UK is home to by far the largest number of companies on the list, 94 in total, followed by Switzerland and Germany, with 35 each.

Financial services is the top-performing sector — a factor that may partly explain the UK’s performance, given London’s dominance in this area — but that does not mean that the 40 firms in question can rest on their laurels. Sustainability-minded investors are becoming increasingly concerned about so-called “financed emissions”, which arise from activities enabled by banks’ backing yet fall outside their core emissions.

The companies listed in Europe’s Climate Leaders can certainly take pride in their inclusion. Yet only one metric really matters: the ever increasing amount of greenhouse gases in the atmosphere. For the delegates at COP26 this year, complacency will not be an option.

A print and online report on Europe’s Climate Leaders will be published on May 27, containing articles analysing the issues that the research raises.

Scroll down to the bottom of the interactive table for the full research methodology.

Europe’s Climate Leaders is a list of 300 European companies that have achieved the greatest reduction in greenhouse gas (GHG) emissions intensity.

All European companies — defined as having headquarters in one of 33 European countries — with a minimum revenue of €40m or £36m in 2019 were eligible for consideration. For non-euro countries, the currency value equivalent as of 31/12/2019 was the threshold. Businesses had to be independent — they could not be a subsidiary of another company eligible for the list.

A call for entries in October 2020 invited prospective participants to fill out a short questionnaire about their GHG emissions between 2014 and 2019, and their revenue over the same period (or, for banks, the yield). Statista also conducted independent research, scrutinising data from about 4,000 companies and inviting possible candidates to register.

For businesses with a rating from the Carbon Disclosure Project (CDP), only those with a score of at least B- were considered. Companies that do not work with CDP were still eligible, but for any company annually emitting more than 10m tonnes of CO2-equivalent, a CDP rating of A or B was mandatory.

All companies for which relevant data were found, both those that registered and those independently identified, were contacted so that they could review the data. Of those, the 300 with the greatest reduction in emissions intensity have made it into the final list of European Climate Leaders 2021.

Fuller information about the methodology is available from Statista. Although extensive research was carried out, the list does not claim to be complete, as some companies did not publish their figures or did not participate.

Explore the Special Report
READ MORE
Can businesses deliver on their climate promises? 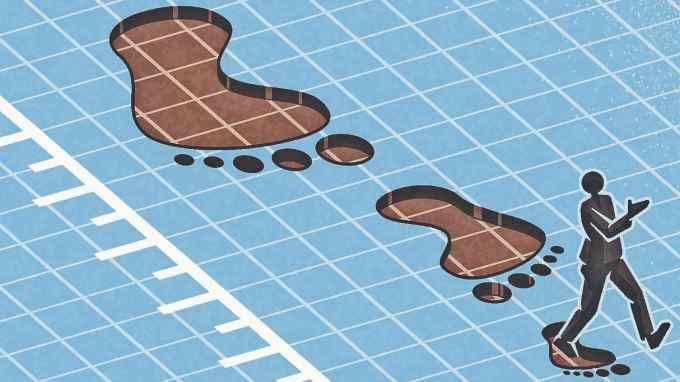