If you think the same, join us
Special Report FT The Americas’ Fastest Growing Companies
See all 8 stories
Americas companies

The second annual FT Americas ranking offers a snapshot of the relative strength of companies as they entered the Covid pandemic — and points to those likely to have the resilience to emerge from the crisis in good health.

But divergences between the seven countries represented in the list — in terms of speed of economic recovery, and of vaccination programmes — threatens to drag on businesses’ performance in the coming months. For example, at least a third of people in the US have received one dose of coronavirus vaccine, whereas in Brazil — where the daily death rate topped 4,000 earlier this month — fewer than 10 per cent of people have received a first dose.

The FT list was compiled with Statista, a research company, and ranks entrants from across the Americas by compound annual growth rate (CAGR) in revenue between 2016 and 2019.

In a similar tale to last year’s ranking, the technology sector — once again, led overwhelmingly by US companies — accounts for 28 per cent of the overall list, followed by support services and health, both with 5.8 per cent.

It is important to note that the ranking is not a reflection of the size of each country’s economy, but the strength of its business ecosystem and, crucially, the willingness of its fastest-growing companies to be candid with financial information. Colombia, for instance, is home to 32 companies in the ranking compared with 30 from Brazil. Overall, though, nearly 17 in every 20 companies on the list hail from the US and Canada.

And it is a US lending platform that heads the list this year, knocking last year’s fastest-growing business — Niantic, maker of the Pokémon Go video game — off the top spot. In second and third place, respectively, are a US cloud-connected analytics company providing real-time data for the trucking and transportation industry, and a Canadian home meal-kit delivery service. The top two companies had a 2016-19 CAGR above 530 per cent.

Readers can use the toggles at the top of the table’s columns to filter by country, sector or revenue, to analyse the data in more detail.

Switch from CAGR to total 2019 revenues, for instance, and the likes of Facebook, Tesla, Netflix and Uber rise to the top of the table. These businesses are among a group of 47 of the overall 500 to be listed on an exchange.

As many fast-growing companies tend to be privately held and do not publicly disclose detailed financial data, a ranking such as this can never claim to be complete. But the rigorous screening process (please refer to the methodology below the table), which also requires top executives to sign off on the figures submitted by their companies, means the ranking can offer readers a meaningful insight into the health of these private businesses.

Scroll below the interactive table for the full methodology.

The table has been updated since publication to reflect new information

The FT Americas’ Fastest Growing Companies 2020 is a list of the 500 companies in the Americas that have the highest growth in publicly disclosed revenues between 2016 and 2019.

The ranking was created through a complex procedure. Although the search was very extensive, the ranking does not claim to be complete, as some companies did not want to make their figures public or did not participate for other reasons.

The project was advertised online and in print, allowing all eligible companies to register via the websites created by Statista and the Financial Times. In addition, through research in company databases and other public sources, Statista identified tens of thousands of companies in the Americas as potential candidates for the FT ranking. These companies were invited to participate in the competition by post, email and telephone.

The application phase ran from October 5 2020 to January 31 2021. The submitted revenue figures had to be certified by the CFO, CEO or a member of the executive committee of the company.

To be included in the list of the Americas’ fastest-growing companies, a company had to meet the following criteria:

• Revenue of at least $100,000 generated in 2016 (or currency value equivalent according to the average of the actual fiscal year).

• Revenue of at least $1.5m generated in 2019 (or currency value equivalent according to the average of the actual fiscal year).

• An independent entity (not a subsidiary or branch office of any kind).

The absolute growth between 2016 and 2019 was calculated as follows:

All information reported by the companies was processed and checked by Statista. Missing data entries (employee numbers, address data, etc) were researched in detail. Companies that did not fulfil the criteria for inclusion in the ranking were deleted.

In addition to the companies that responded to invitations to participate, Statista included some well-known companies noted for their remarkable growth (26 in total). Financial information was collected via desk research using official sources, such as publicly available earnings presentations, investor relations websites, and annual reports.

The minimum CAGR required to be included in the ranking this year was 18.2 per cent. 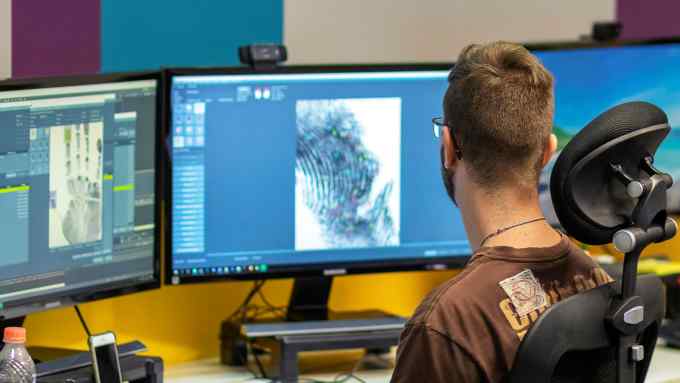