This content was paid for and produced by Nippon Express in partnership with the Commercial Department of the Financial Times.

The supply chains for the production of cars are a complex choreography spanning the world.

Manufacturing one vehicle may require the assembly of as many as 30,000 parts procured from dozens of different suppliers within and across multiple borders. Using ships, planes, trains, and trucks, deliveries are made just-in-time to ensure production lines keep operating 24/7. And the scale of all this is vast. In 2018, the global automotive industry generated nearly 8 per cent - or 1.5 trillion USD - of all international trade in goods.

The shift to autonomous and electric vehicles (EVs) is bringing in new trade flows, suppliers, and delivery requirements. Vehicle sales in mature markets decelerate as they hit “peak car”. Production costs are rising to meet tightening emission regulations. And unexpected geopolitical tensions are triggering trade disputes and lifting tariffs. On top of this, the COVID-19 pandemic has cast doubt on the wisdom of supply chains involving just-in-time procurements across multiple borders. 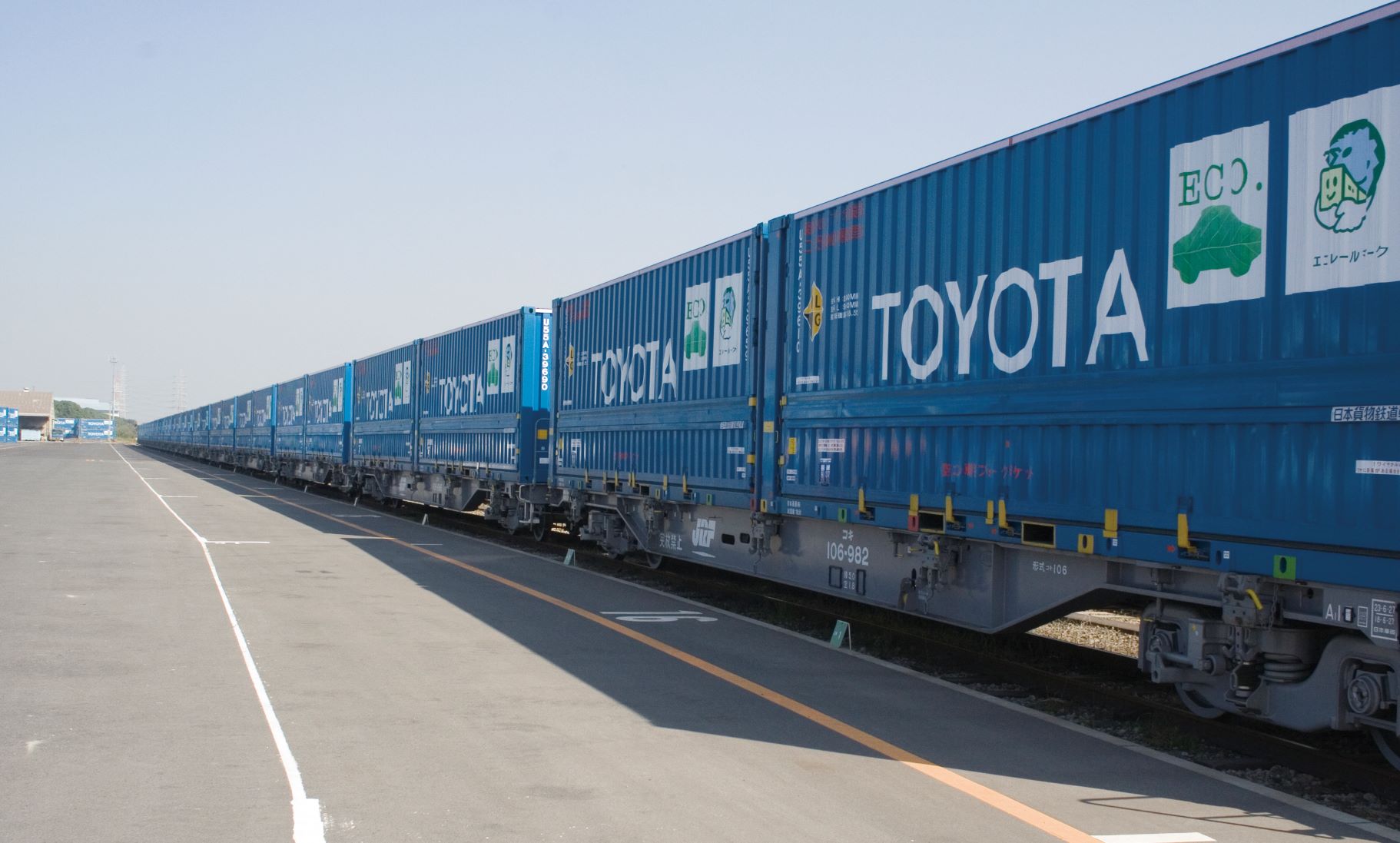 A mission to optimise automotive logistics

Navigating this demanding and shifting terrain of automotive logistics is a formidable task. Among those helping the industry find its way is global forwarder Nippon Express.

In the past two decades, the Japanese company has steadily expanded in this domain, first by serving Japanese automakers domestically and then following them overseas as production globalised. 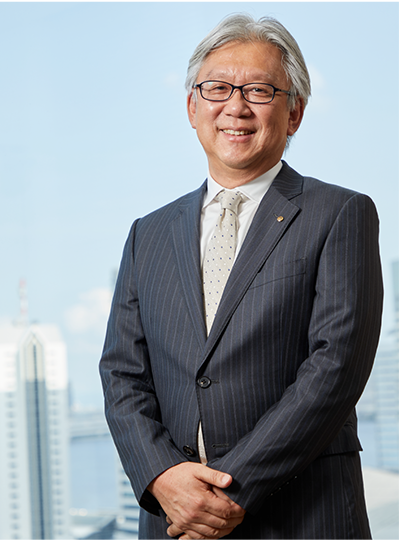 “Our strength comes from our global network and longstanding relationships with multiple automakers giving us know-how about their unique requirements,” says Yutaka Nagai, Managing Executive Officer of the Mobility Business Sales Division at Nippon Express.

“Our mission is to use this accumulated experience as a lead logistics provider to optimise our clients’ supply chains.”

Since Nippon Express provides services to multiple carmakers, it has been able to expand its perspective across the industry to achieve what it calls “horizontal development”,and to share optimal reforms and logistics innovations for the whole industry.

Trains and ships for car parts

One example is how the company has spread the combination of localised “milk runs” (collecting mixed loads from different suppliers) with long-distance just-in-time railway transport, says Nagai. The approach perfected in Japan is now being adopted overseas in growing automotive markets such as China, Malaysia, and India.

Equally significant, by integrating long-distance rail transport into logistics solutions, the automotive industry’s ecological footprint has been significantly reduced. Over the same distance, transporting cargo by railways (in countries like Japan with electrified railway systems) generates only an eighth of CO2 emissions compared to trucks. 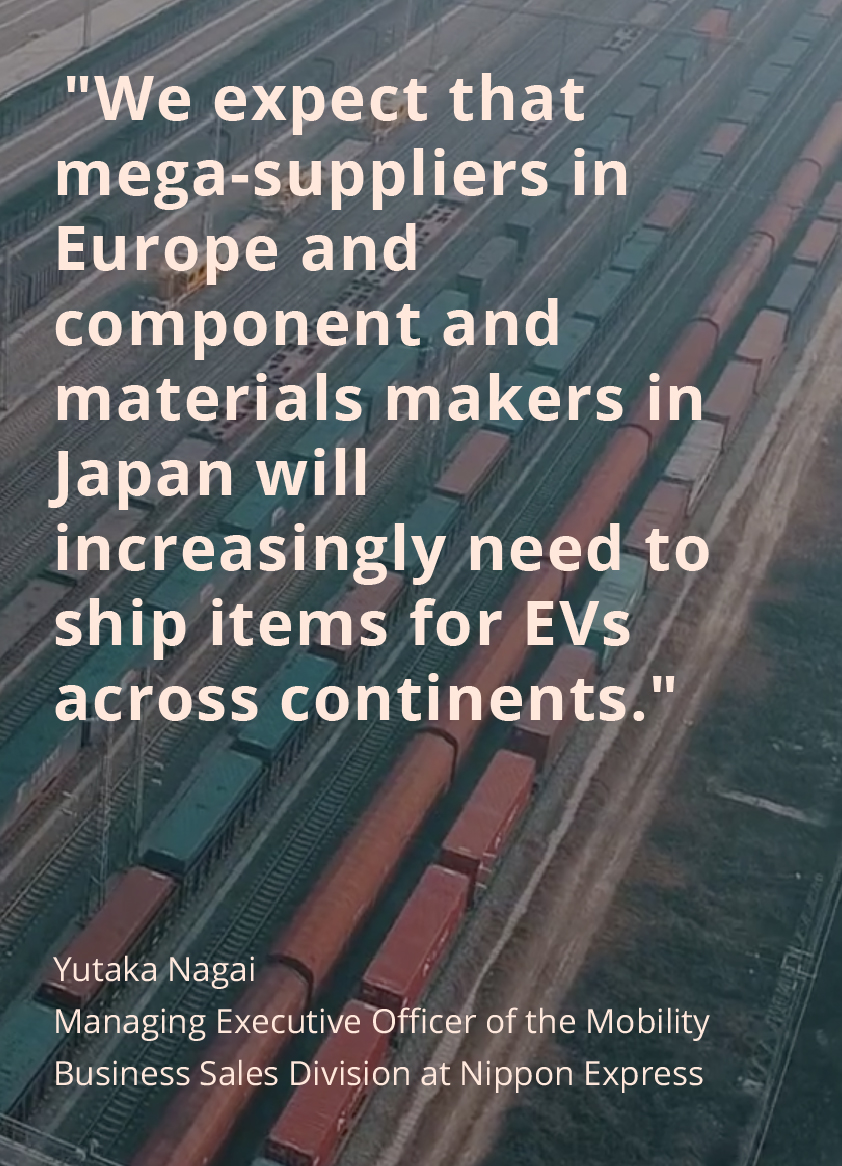 Overseas, Nippon Express offers cross-border railway services delivering automotive parts. After two years of multiple trial runs, the company is now offering a logistics service over approximately 10,000 km of railways traversing the Eurasian continent between various stations in Europe and China. Demand is set to grow on this Eurasian route with a recent spate of major investments in EV production in China by Western and Japanese automakers.

“We expect that mega-suppliers in Europe and component and materials makers in Japan will increasingly need to ship items for EVs across continents,” says Nagai. “Nippon Express has established the Eurasian railway service as a new transportation mode cheaper than air freight and faster than ocean freight and hopes many automotive sector customers will take advantage of it.”

In addition to its strength in rail, Nippon Express has also been a forerunner in providing seamless logistics using RORO ships (cargo ships designed to carry on wheeled cargo). Since trucks can directly roll-on and roll-off these ferries, cargo no longer needs to be taken off from trucks, repackaged for the ship journey, and reloaded onto trucks on arrival – steps which take time and waste packing material. Using RORO in intermodal transport, such as on its routes between South Korea and Japan, therefore significantly cuts costs together with the ecological impact of delivering automotive parts across continents. 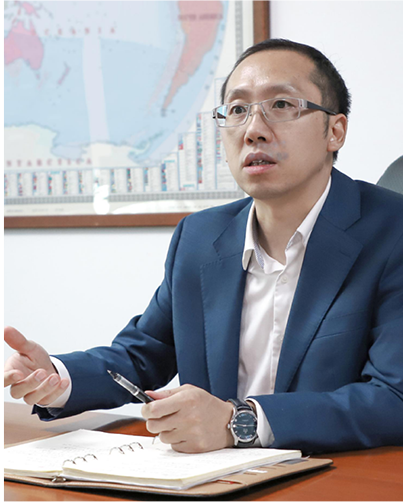 Despite the headwinds facing the global car market today, analysts expect growth to return, with particular vigour in the two new drivers of growth: China and India.

Since 2000, China’s vehicle production has surged nearly 10-fold to become the world’s largest in both production and sales. On such a rising tide, one of Nippon Express’s Chinese subsidiaries has gone from strength to strength and relaunched last year to focus purely on automotive logistics.

“We have developed a nationwide network from Dalian in the north to Guangzhou in the south that provides procurement and maintenance parts logistics as well as round-the-clock parts inventory,” explains Yu Yong Hong, General Manager for the Nippon Express Automotive Logistics (China). 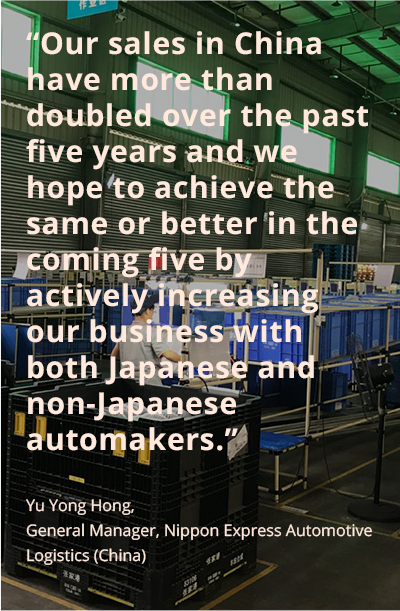 Within China, the company’s dense network of transport and warehousing provides unparalleled logistics of automotive parts to its over 400 clients, offering an optimal combination of local milk-runs, long-distance shipments, and frequent JIT deliveries under half an hour from warehouses to closely located factories.

For shipments out of China, the company’s two Parts Consolidation Centers located in Shanghai and Guangzhou act as critical nodes for global automotive supply chains. From here, carmakers export every month some 1,300 FEU containers of parts made in China to factories in 20 countries around the planet.

“Our sales in China have more than doubled over the past five years,” says Yu. “And we hope to achieve the same or better in the coming five by actively increasing our business with both Japanese and non-Japanese automakers.”

The other critical growth market is India, which overtook Germany in 2018 to become the world’s fourth largest car market. A key driver behind this growth is Maruti Suzuki – the Indian subsidiary of Japanese carmaker Suzuki Motor Company with more than half the share of the country’s passenger car market. Recently the company has ramped up production facilities in the state of Gujarat. Nippon Express, which has been providing milk-run and long-distance transport for the company and other automakers in the country, has followed suit by building a new warehousing facility outside the new factory.

In the coming years, India is also anticipated to become a base to supply automotive parts and finished cars to Africa, the continent with some of the world’s fastest growing economies and populations. Nippon Express hopes to be able to provide automotive logistics for the expanding trade flows between India and Africa, explains Nagai.

Even as new markets and trade flows emerge, building greater resilience will remain a top concern.

“The COVID-19 pandemic revealed that there could be global shocks to supply chains which the automotive makers must hedge against globally,” says Nagai. “I think the major trends in light of these shocks is to reconsider JIT methods which minimise inventory, bring parts suppliers closer to factories, and procure an increasing proportion of parts from domestic rather than overseas suppliers. It is vital for us to respond quickly to these emerging new customer needs.”

When the pandemic first broke out in Wuhan and paralysed the region, Nippon Express rolled out alternate routes combining their network of chartered air, coastal shipping, and railways. Thanks to these efforts, automotive parts shipments from Wuhan to within and outside of China continued largely without delays. This was, the company notes, contrary to the expectations of their customers who had at first largely given up hope during lockdown of further deliveries. Even as the pandemic spread across the world beyond China, Nippon Express was able to provide similar backup support in the various markets across the globe it services.

Future risks could also involve natural disasters, particularly those driven by climate change. After a trunk line in the railway network connecting critical automotive producing areas in Japan was sundered by torrential rains in 2018, Nippon Express found the way. During the three months in which the railway was out of order, the company minimised disruption by providing alternate transport, including truck services, where the trains had stopped. Such experiences add to the company’s stock of know-how in dealing with future extreme weather events in Japan and elsewhere. 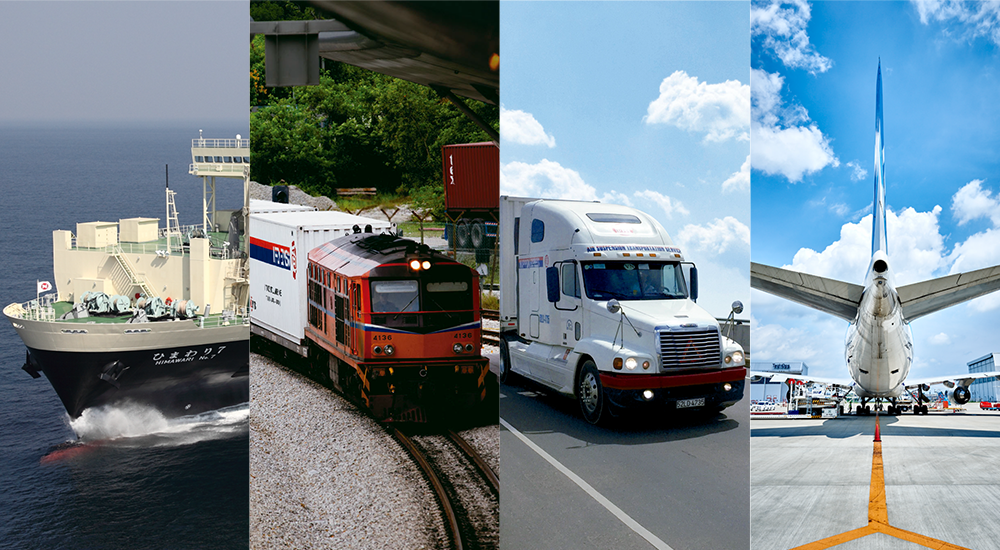 Besides large-scale and agile employment of physical assets to overcome disruption, the company also believes IT, IoT, and AI technologies could help clients prepare for logistics risks and changing real-time conditions.

“By providing IT platforms which track and visualise increasingly complex supply chains, we hope to help customers streamline their operations,” says Nagai.

In fact, Nippon Express has been developing cloud - and blockchain-based platforms with end-to-end visibility of cargo in its other domains such as pharmaceuticals and electronics logistics. The system could also be potentially helpful in tracking increasingly sensitive automotive parts – such as lithium batteries for electronic vehicles – across the globe.

These and other innovations should help drive forward automotive logistics into the future and help the industry navigate roads ahead more smoothly. 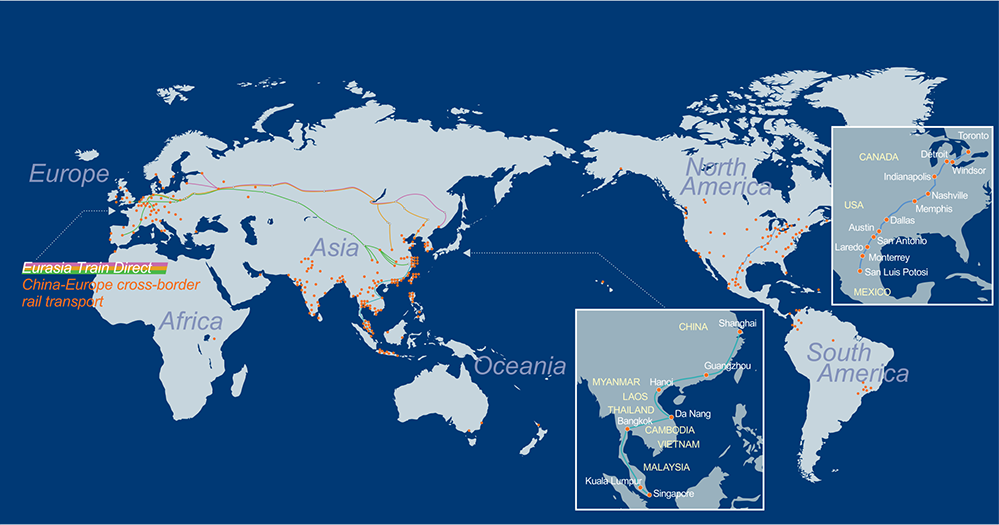 Our global network, comprising over 744 locations, allows us to smoothly connect the world through advanced logistics. 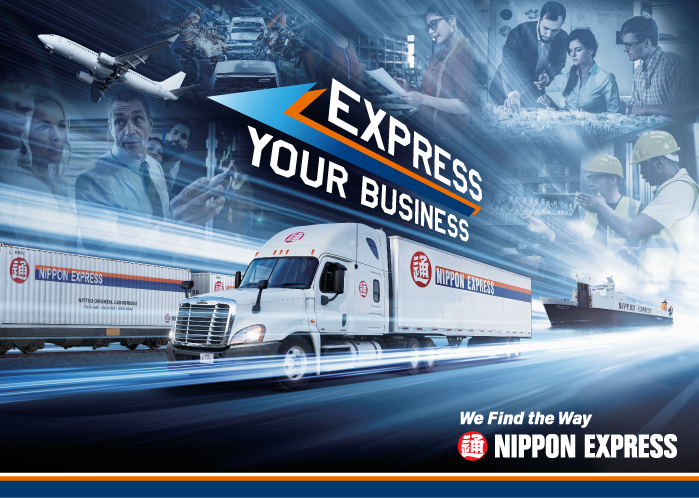