This content was paid for by MITSUI & CO. and produced in partnership with the Financial Times Commercial department

Governments, international institutions, and the private sector are throwing their weight behind the opportunity to transform the world’s energy model

There is a growing consensus that reaching net zero by 2070 is both essential and achievable. Doing so will require the large-scale deployment of a range of alternative technologies, from solar power to hydrogen, as well as demand mitigation. The International Energy Agency (IEA) estimates that global electricity demand will double if net zero is to be achieved by 2070, requiring vast investments in renewable generation.

Low-carbon development, once seen as a cost burden on economies, now clearly “presents huge opportunities”, says Dr Barbara Buchner. As global managing director of the Climate Policy Initiative, a finance-focused climate non-profit, Dr Buchner notes that the $26 trillion opportunity is both economically and environmentally positive: “It’s the correct path forward for the planet, the people who live on it, and for our economy.”

At a business level, achieving net zero will require a broad mix of investments in areas including renewable energy, hydrogen, bioenergy, electrification and carbon capture and storage (CCS). Improving the performance of existing technologies and bringing new innovations to market will be crucial. The IEA estimates that nearly 60% of cumulative emissions reductions from the energy and transport sectors will need to come from technologies that are currently only at demonstration and prototype stages.

At the tipping point

When we look back at 2020, it may prove to have been the tipping point after which this transition accelerated.

“I think this Covid crisis has been a real wake-up call for all social and financial systems to respond with more urgency and ambition to the climate crisis,” says Dr Buchner. “Ultimately, it is much bigger in every way and will stay with us over a much longer period of time if not addressed.”

Tim Buckley, director of energy finance studies at the Institute for Energy Economics and Financial Analysis (IEEFA), an energy, climate, and finance-focused think-tank, takes the same view. Until recently, many asked whether the world could afford to transition to net zero, he says. “Now, the question is whether we can afford not to, given the already costly impacts of climate change evident.” 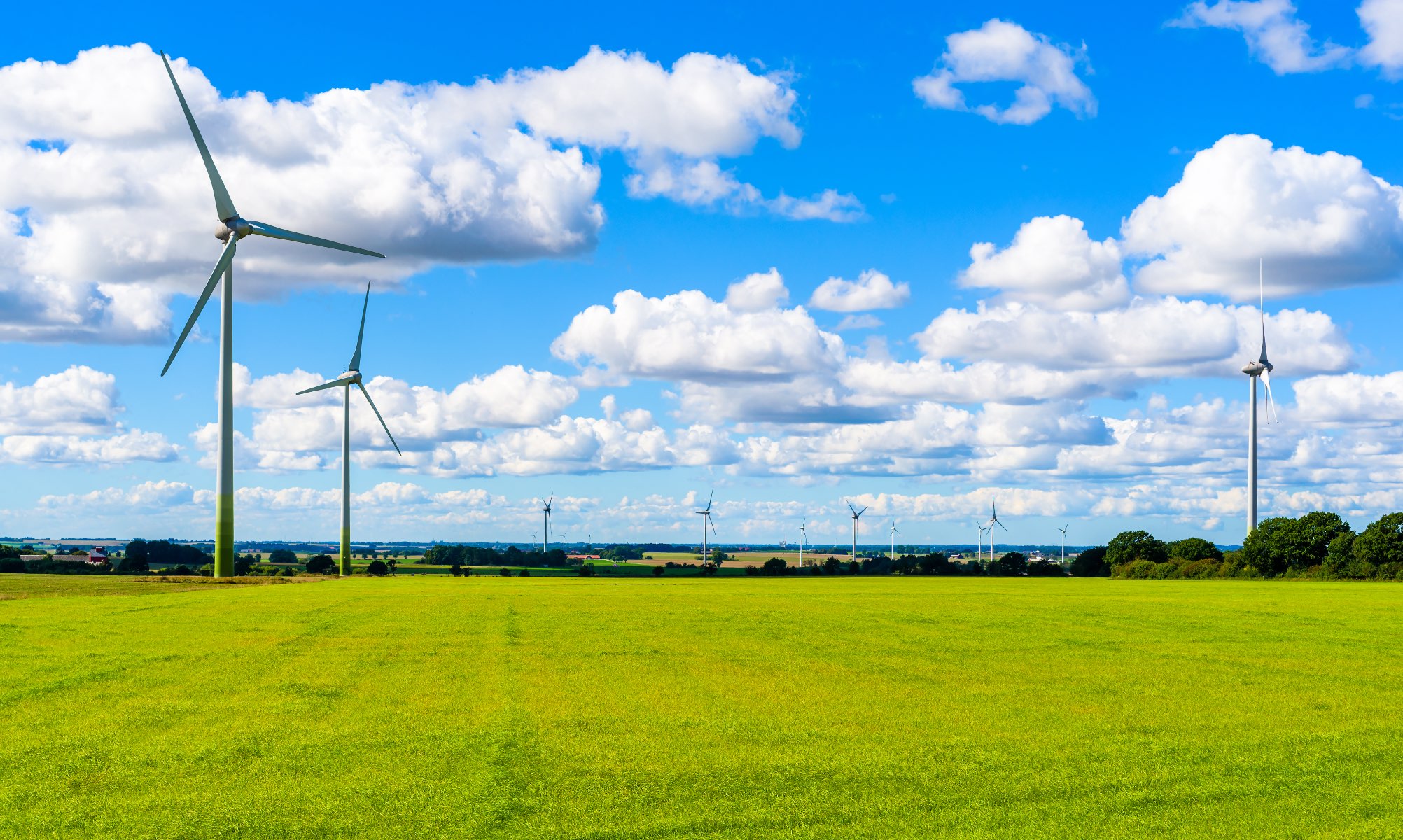 Buckley notes that more business figures are throwing their weight – and cash – behind the energy transition. In his influential January letter to the CEOs of the world’s largest companies in 2020, BlackRock founder and chief executive Larry Fink acknowledged that his firm, the world’s largest asset manager, would play in accelerating clean energy efforts and the reality of what this decades-long shift will likely entail.

“Despite recent rapid advances, the technology does not yet exist to cost-effectively replace many of today’s essential uses of hydrocarbons,” Fink wrote. “Governments and the private sector must work together to pursue a transition that is both fair and just – we cannot leave behind parts of society, or entire countries in developing markets, as we pursue the path to a low-carbon world.”

The following month, newly installed BP CEO Bernard Looney stated boldly that both his company and the wider energy sector needed to be “reinvented”, with a net zero target for 2050.

“The world's carbon budget is finite, and it is running out fast,” Looney told an audience in London. “We need a rapid transition to net zero.”

Meanwhile, Australian metals magnate Andrew Forrest – whose business has a carbon footprint of 2 million tonnes of CO2 – is now pouring money into clean energy and green hydrogen. Forrest told the Financial Times that the journey to replace fossil fuels “is now violently on the move” after decades of sluggish progress.

Major international projects underway include the North Sea Link to facilitate trading of renewable power from the UK (a major wind-power producer) and Norway (which has ample hydroelectric capacity), and Japan’s AHEAD (Advanced Hydrogen Energy chain Association for technology Development) pilot, which aims to transport hydrogen in liquid form at ambient temperature and pressure from overseas to Japan. European energy companies are planning to make up to €1 trillion in investments in renewables by 2030. Projects to develop green hydrogen, battery storage, and CCS are gaining momentum.

“These are some of our biggest innovation and investment opportunities, backed by new business models that can scale rapidly to commercialisation,” says Dr Buchner. 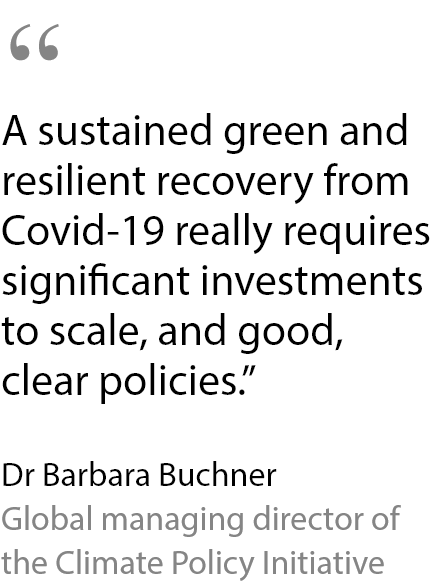 One need not look far to see just how quickly the transition to renewables is progressing. The only segment of the energy sector to grow in 2020 was clean energy, with 200GW of new capacity installed, 120GW of that in China alone.

Renewables are now on track to overtake coal as the world’s leading electricity source by 2025. Many governments are set to use post-Covid recovery funds to accelerate the transition.

The EU has put its €1 trillion Green Deal to achieve carbon neutrality by 2050 at the heart of its recovery strategy. India’s plan to have 450GW of renewable-energy capacity by 2030 provides opportunities for a “green recovery”, while also supporting the long-term goal of greater energy independence. In December 2020, the UK government unveiled a £12 billion funding package and a ten-point plan for a green recovery.

Dr Buchner says that countries are already making significant recovery investments, so there is a short window to focus their efforts on laying the foundations for “long-term green, inclusive growth”. “A sustainable and resilient recovery from Covid-19 really requires significant investments to scale, and good, clear policies,” she says. 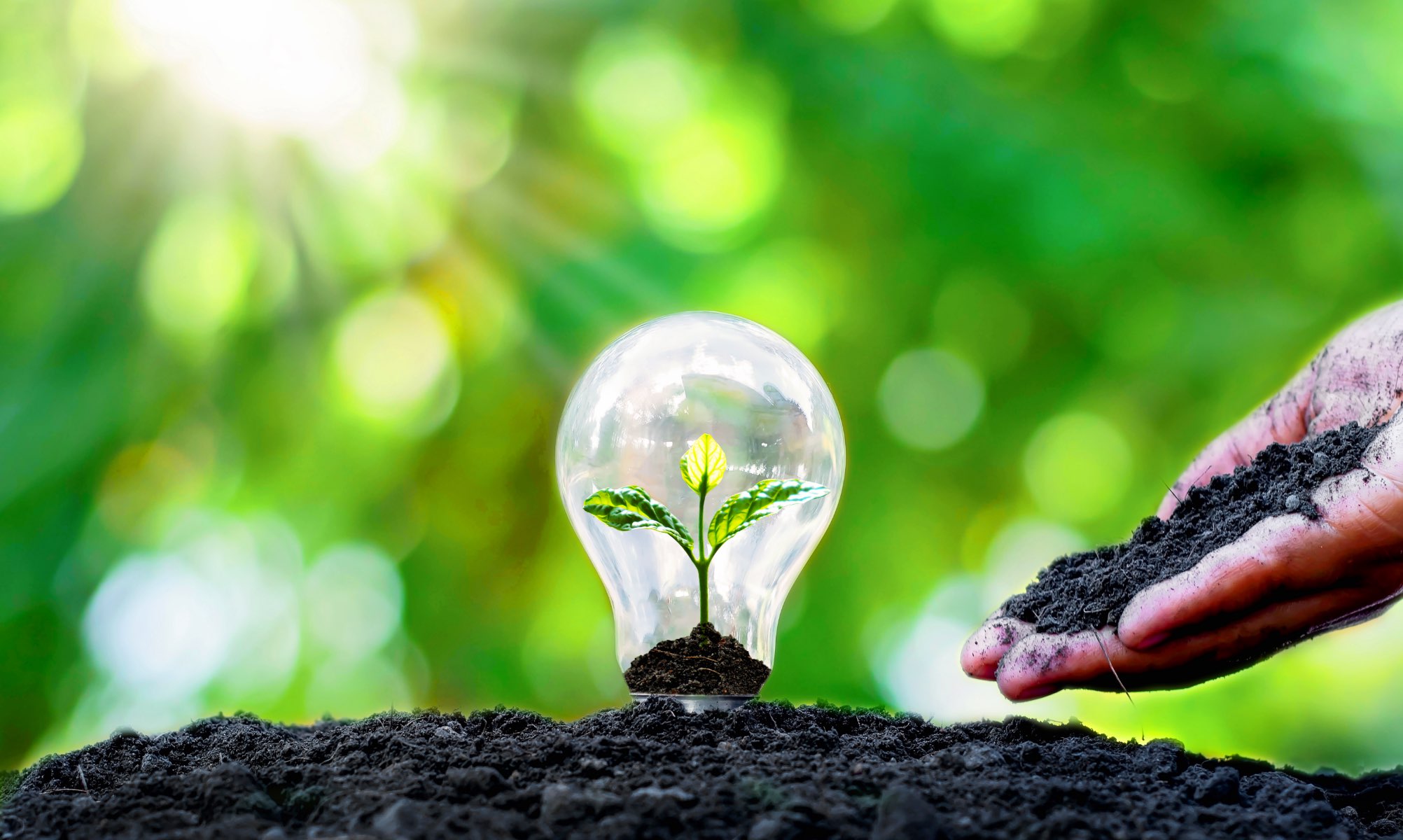 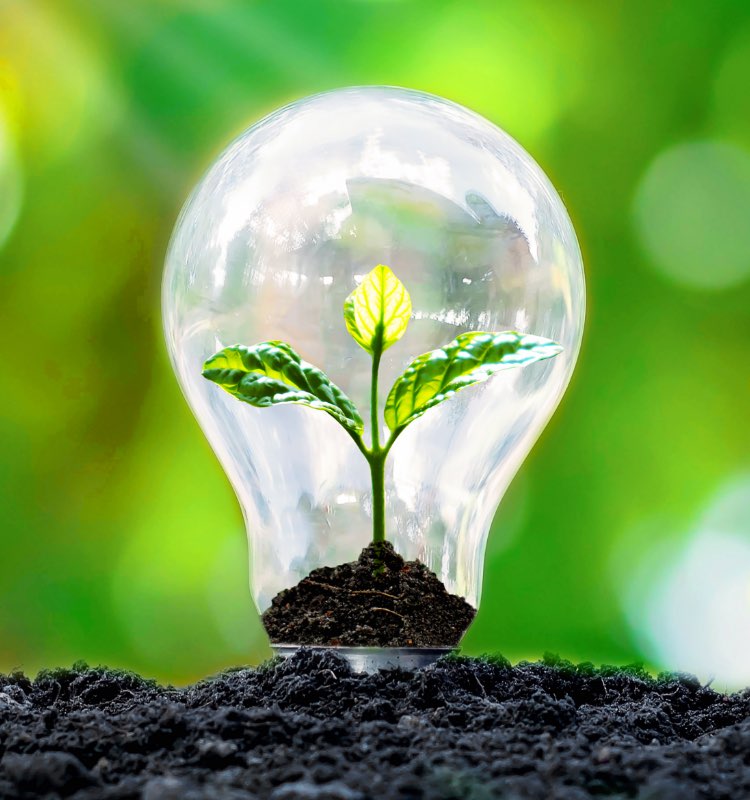 Delivering on the promise of renewables will require transparent policymaking and consistent monitoring across the board. Moreover, many green technologies, including hydrogen fuel cells and green hydrogen production, are still on the path to becoming economical.

Dr Buchner agrees that finance is the cornerstone of the energy transition. “I believe that we will get there,” she adds. “It's the speed we must focus on to get to the scale we need to really bend the curve of the emissions.”

It’s a point that BlackRock’s Larry Fink addresses in his letter too. “We need to be mindful of the economic, scientific, social and political realities of the energy transition,” he writes. “While government must lead the way in this transition, companies and investors also have a meaningful role to play.”

Reallocating capital to renewables, innovative technology, and energy efficiency would certainly accelerate the transition to net zero. The cost of doing so may be high, but both the opportunity and social significance are certainly much greater.