This content was produced by the advertising department of the Financial Times, in collaboration with Corteva Agriscience 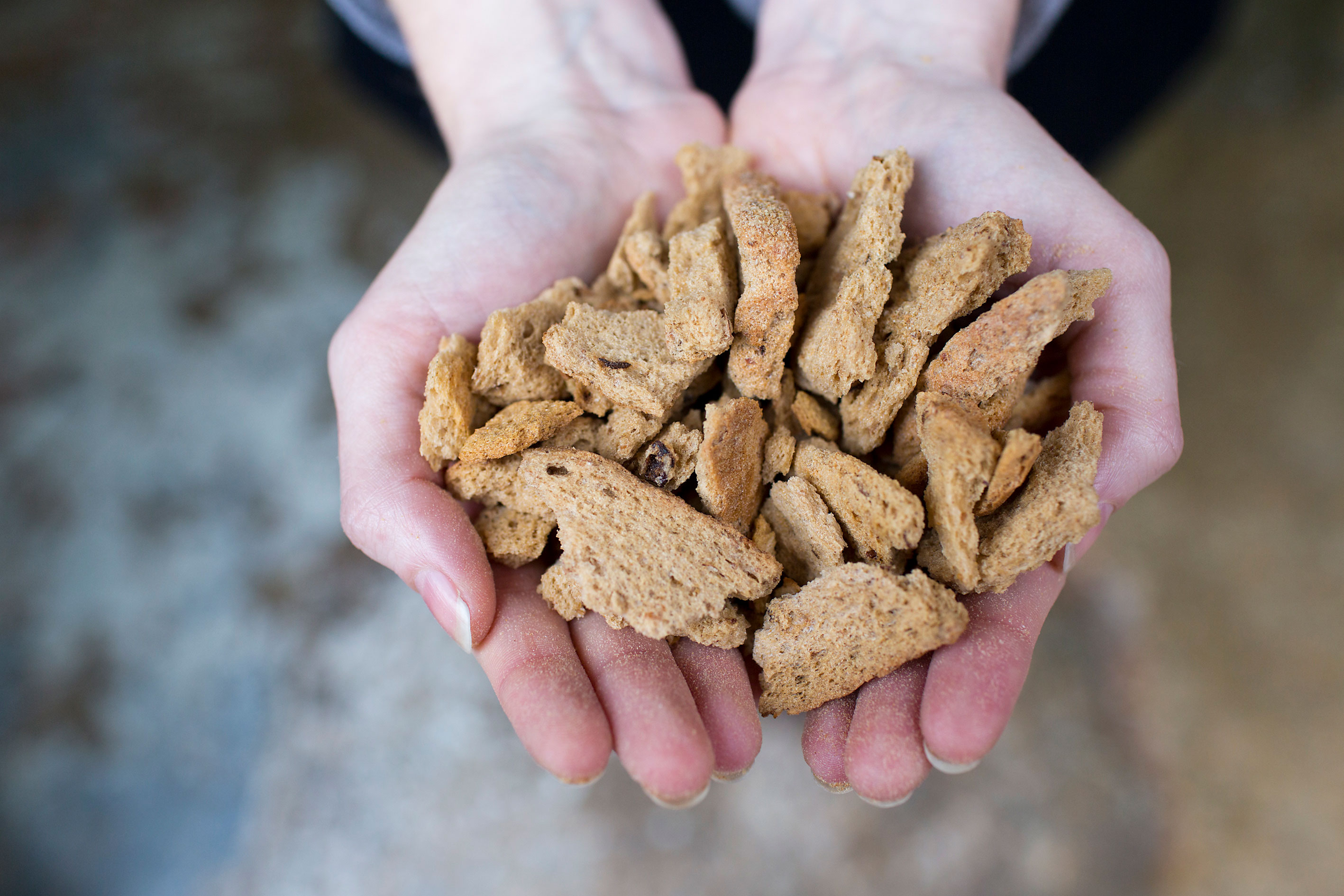 Message in a beer bottle

Bread tops the list of food wasted in the UK. According to Tesco, 44% of white sliced bread is wasted in the value chain. A research study conducted by Longitude reports that reducing food waste is now a priority for 48% of European consumers in relation to sustainability.

Toast Ale, a circular economy business working out of London’s South Bank sustainable workspaces, has made it its mission to use food waste in beer brewing. The company maximizes the use of surplus bread in the brewing process. Toast Ale estimates that it has ‘rescued’ more than 1 million slices from being wasted.

By using less barley and preventing bread from going to landfill, the company avoided emissions of 32.1 tCO2e. “That's equivalent to flying around the world 9.2 times,” says Louisa Ziane, the company’s chief brand officer, who co-founded Toast Ale in 2015 together with author and environmental campaigner Tristram Stuart.

As part of its collaboration with brewers, Toast Ale teaches them how to source surplus bread and use it in the brewing process, creating a movement within the brewing community to bring back the relationship between bakers and brewers.

An open-source recipe on the company website that teaches home brewers how to use up the bread that's leftover in their kitchen has already been downloaded 45,000 times.

The oldest known beer recipes, dating back to Mesopotamia, show that beer was originally made with fermented bread. In more recent times, bakeries and breweries were located close to each other. Bakeries would give the surplus bread to a brewer who could turn it into beer.

In the brewing process, carbohydrates in the grain are converted into fermentable sugars by the malt’s enzymes, and then yeast turns it into alcohol. At the end of the brewing process, spent grain (the residue of malt and grain) would be dried and turned into flour, which could be used by bakeries to produce bread.

Toast Ale uses the heel end of loaves, a byproduct of the sandwich industry that is usually disposed of because consumers don't like to eat crusts. After working with a few small bakeries, Toast Ale achieved greater scale through agreements with large sandwich factories such as Adelie in the UK and organic bakery Bread Alone in the US.

Food production is the biggest impact we have on the planet; yet we’re wasting a third of it.

However, getting the bread for free does not mean greater profit margins for Toast Ale.

Processing the bread into crouton-sized bits required for the brewing process takes extra time and effort which neutralizes the cost saved from the bread donation. “We're not producing beer with surplus bread as a cost-saving option. We are doing it purely to have a positive environmental impact,” says Ms. Ziane.

The company has been working with Advance London, part of the London Waste and Recycling Board, to analyze the positive environmental impact of brewing with surplus bread. For example, the greenhouse gas emissions and the land and water requirements of growing and processing barley that did not have to be used and the bread that would otherwise be wasted.

Although Toast Ale is a limited, for-profit company, it donates all of its profits to UK charity Feedback, which campaigns to improve food systems. It also supports other smaller charities through collaboration projects.

“It's not necessarily true that sustainable products are higher priced. It's a challenge, but there are positive environmental changes that you can make as a business that don't necessarily bring additional costs that would be passed to consumers. The circular economy challenges the principle of waste, encouraging entrepreneurs to find opportunites to create by-products or to upcycle materials and ingredients into something new and more valuable,” explains Ms. Ziane.

Distribution initially was a challenge for Toast Ale, which doesn’t have its own distribution channels. But It is now stocked at Waitrose, Tesco and Co-op stores, as well as pubs and bars across the UK. Big beer brands traditionally dominated the shelves, and supermarkets used to only allocate limited space to craft beers.

“The craft beer industry is a great example of consumers driving change. Supermarkets have seen the growth in demand and been working on enticing the craft beer drinkers, who’ve traditionally favoured local bottle shops, pubs and brewery taprooms. As a result, there is much greater availability of craft beers, including Toast,” says Ziane.

Toast Ale also pioneered Equity for Good, a legally-binding pledge by equity investors to not only support the company’s own mission but also to reinvest a proportion of any net capital gains in other social enterprises or social impact investment funds. In its first investment round in March 2018, the company successfully raised £1.4m from shareholders who were aligned with the company’s vision.

“B-Corp certification gave some of those investors confidence in the health and sustainability of the business,” says Ms. Ziane.

The company has collaborated with more than 20 brewers across the UK, including a recent partnership with Wiper and True in Bristol, and a special organic beer with Stroud Brewery and Friends of the Earth for their climate change campaign.

Toast Ale estimates that it has ‘rescued’ more than 1 million slices from being wasted.

Toast Ale’s mission, beyond creating a circular economy product, is to help people engage with food waste as an environmental issue.

“Food production is the biggest impact we have on the planet; yet we’re wasting a third of it. We're using beer as a message in a bottle to talk to people about this issue and to create a collective sense of ‘we can do something about it’. By enjoying a beer, people are directly addressing the problem,” Ms. Ziane explains.

“When people chose our beer, they learn a little bit about food waste. We hope this knowledge will have the knock-on effect of changing behavior more widely.”