Get the essential weekly newsletter from the FT and Nikkei, offering deep and exclusive insight into Asia’s technology sectors.

Hi everyone — China is on the brink of a breakthrough in semiconductor self-sufficiency. SoftBank is hitting turbulence with more of its portfolio tech companies. Ant Financial and Ping An are considering applying for a virtual bank licence in Singapore, having both won a licence in Hong Kong. Fintech fundraising in south-east Asia has hit a record and, according to research, if you use AI to screen your blind date, your success rate will increase by 16 per cent. Who knew?

China stands on the brink of a breakthrough in its efforts to become self-sufficient in semiconductors. The country is on track to produce around 5 per cent of the world’s memory chips by the end of 2020 having stood at virtually zero only a few years ago, according to this scoop in the Nikkei Asian Review.

Yangtze Memory Technologies Co, which makes NAND flash memory chips, expects to triple production to 60,000 wafers a month from next year at its new $24bn plant in Wuhan. ChangXin Memory Technologies, meanwhile, expects to quadruple production of DRAM chips to 40,000 wafers a month at its $8bn facility in Hefei. Global production of NAND and DRAM chips stands at around 1.3m wafers per month each.

Key implications: These two chip plants would not be expanding production plans so aggressively if they were not receiving orders from customers, suggesting that the chips they are making are of sufficient quality. Sources said that Yangtze Memory’s NAND flash chips are already seeing orders from flagship companies, such as Lenovo.

Upshot: NAND flash chips, which constitute a $56bn-a-year market, and DRAM chips, which make up a $95bn market, are essential memory components used in a range of devices from smartphones and data centre servers to self-driving cars. The two plants mark China’s entry into the manufacture of such chips, laying down a challenge to Samsung Electronics, SK Hynix, Micron and Kioxia, formerly known as Toshiba Memory.

A round-up of the week’s best tech stories from Mercedes Ruehl, the FT’s Asia tech reporter.

Art of the deal

The engagement of China’s tech companies and venture capital funds with African fintech is shifting into higher gear. OPay, an Africa-focused fintech start-up, has secured $120m in a Series B round of financing mainly from Chinese investors, according to this piece in Deal Street Asia.

OPay is aiming to build a “fintech ecosystem” that includes mobile payments as well as transportation and delivery services such as ORide, a motorcycle ride-hail app in Nigeria and OFood, a food delivery service in Nigeria. The company, which is a subsidiary of the Chinese-owned Norwegian-based browser company called Opera, also operates in Ghana, South Africa, Kenya and other African countries.

The start-up leverages the popularity of the Opera web browser, which has ranked second in popularity in Africa after Chrome, over the past four years. Meituan-Dianping, and its investment fund Dragonball Capital, as well as Gaorong Capital, Source Code Capital, SoftBank Ventures Asia, Bertelsmann Asia Investments, Redpoint China, IDG Capital, Sequoia Capital China and GSR ventures all invested in OPay in this Series B round.

Say what you will about Masayoshi Son but the SoftBank founder is never out of the news for long. This week, the Japanese billionaire unveiled the creation of an Asian internet colossus worth $30bn withthe merger of Yahoo Japan and messaging app Line.

Masa Son, as he is known, realises that access to more data and users is paramount. The idea is that the merged company will be able to compete against bigger groups in China and Silicon Valley. Analysts agree the deal will give Line and Yahoo Japan access to a bigger pool of data and stronger negotiating power with its advertisers, as well as strengthening its presence in south-east Asia.

But even combined, the two companies would still be dwarfed by Facebook, Amazon and China’s Tencent in every measure from revenue, market value and research budget. The FT’s Tokyo correspondent asks: Is this a marriage that comes too late?

South-east Asia is the sweet spot for fintech fundraising. The region set an annual record with $701m raised across 87 deals in the third quarter of this year. The top two deals in south-east Asia since 2015 took place in 2019: a $100m Series B to Singapore-based Deserka and a $100m Series C to Vietnam-based MoMo. But south-east Asia’s performance may not be enough to buoy Asia’s overall fintech funding this year. According to CB Insights’ report, Asia levels may fall to a four-year low if the fundraising cool-down in China continues.

We have written before about south-east Asian governments becoming more unified in regulating Big Tech. Indonesia, with its booming IT sector, is one of the more assertive. The government intends to bring in a long-anticipated data protection law by next year, following in the footsteps of neighbours such as Singapore. Indonesia, a top-five market globally for Facebook and Twitter, has said it would meet social media companies to discuss its plans to impose fines if content such as pornography, violence or extremist ideology was published on their platforms. More here. 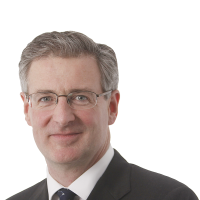 James Kynge is global China editor, based in Hong Kong. He writes about emerging markets and, in particular, China’s growing global footprint in business, finance and politics.

He won the 2016 Wincott Foundation award for Financial Journalist of the Year. His prize-winning 2006 book, “China Shakes the World”, was a bestseller translated into 19 languages.

He spent 25 years reporting from Asia with postings in China, Japan, former Soviet Central Asia and Southeast Asia. He is chairman of FT Confidential Research, having founded “China Confidential”, a research company, in 2009. 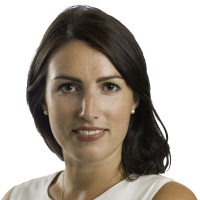 Mercedes Ruehl is the Financial Times' Asia Tech reporter based in Hong Kong. She writes about technology and investment in Asia, from start-ups and entrepreneurs to the region's biggest companies.

She previously led the Financial Times' newsletters and audience engagement team in Asia, and prior to that spent six years reporting in Australia on business, finance and politics for The Australian Financial Review and The Sydney Morning Herald. 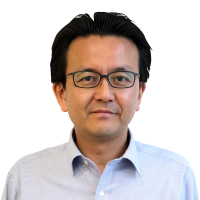 Since joining Nikkei in 1992, Kenji Kawase has extensively covered corporate news and financial markets mainly in Japan and greater China. Besides Tokyo and Osaka, he has also been posted abroad, in Shanghai, Hong Kong and Bangkok as correspondent, bureau chief and editor.