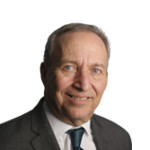 Lawrence H. Summers was director of the National Economic Council for President Barack Obama until November 2011. He is currently the Charles W. Eliot University Professor at Harvard University and Weil Director, Mossavar-Rahmani Center for Business & Government at the Harvard Kennedy School. He served as 27th president of Harvard from July 2001 until June 2006 and has had a series of senior public policy positions, including secretary of the treasury of the US, political economist for the President’s Council of Economic Advisers and chief economist of the World Bank. In 1993 he received the John Bates Clark Medal. Mr Summers received his BS from MIT and his PhD in economics from Harvard.