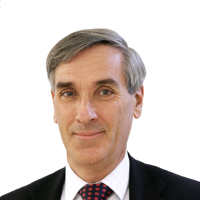 Sir John Redwood was an investment analyst, manager and director for Robert Fleming and for NM Rothschild in the 1970s and 1980s. He has written extensively on economic and investment subjects, including Popular Capitalism (1988); The Global Marketplace (1993); Superpower Struggles (2005); and Freeing Britain to Compete (2007). Previously t

he Conservative MP for Wokingham, he is a Distinguished Fellow of All Souls College, Oxford, and a lecturer and commentator on economic and investment matters.