For businesses in the Asia-Pacific region, as elsewhere, growth is a sore subject. The coronavirus pandemic has chilled economic activity and the IMF warned this month that the slowdown in the region will be worse than both the global financial crisis of 2008-09 and the Asian financial crisis of 1997.

However, the IMF sweetened its prognosis, pointing to how the Apac region’s underlying growth prospects, and its progress to date in containing the virus relative to other regions, could mean that it emerges from the crisis sooner than the US and Europe. This will be a welcome crumb of hope for Apac growth businesses, many of which will be fighting for survival over the coming months.

The FT’s ranking of 500 high-growth companies from the Apac region comes at an inauspicious time for businesses. While the data in the table below does not take into account the unfolding coronavirus crisis, it could help readers to identify those with the buffers to survive the fallout. Indeed, the most nimble and creative will approach the crisis as a catalyst for innovation and in the medium term could strengthen their positions in their respective markets.

The FT list was compiled with Statista, a research company, and ranks entrants from across the Asia-Pacific by compound annual growth rate (CAGR) in revenue between 2015 and 2018.

The sector with the biggest presence on the ranking is technology, with about a quarter of all the companies listed falling into this category. This is followed by industrial goods (7 per cent) and health (5 per cent).

Click here for the full report and analysis of the ranking

India provided 140 of the companies on the list, more than any other country. But its best-performing cities by the number of companies ranked — four of which made it into the top 10 — fell short of the leaders Singapore (74), Tokyo (69) and Sydney (34).

The three fastest growing businesses on the list are an Australian insurance platform, a Hong Kong-based online lender and an Australian energy company — all of which have a 2015-18 CAGR above 350 per cent. Looking further down the top 20, a broad mix of sectors are represented, including financial services, transport and technology.

Many fast-growing companies are privately held and detailed financial information is not made public, so a ranking such as this can never claim to be complete. Some companies in the region did not want to reveal their revenue figures, or chose to not take part for other reasons.

Readers can use the toggles at the top of the table’s columns to filter by country, sector or revenue. The data can help investors to pinpoint where high-growth businesses have been thriving and can be used as part of wider research into which companies are likely to prove resilient over the next couple of years.

See the full methodolgy below the table

* Companies marked with an asterisk had less than 12 months of revenue in the 2015 financial year, but still passed $100,000 revenue.

** Companies marked with a double asterisk have been acquired since the end of the relevant timeframe.

The FT Asia-Pacific’s High Growth Companies 2020 is a list of 500 companies in the Asia-Pacific region that have achieved the highest compound annual growth rate in revenues between 2015 and 2018. The ranking was created through a complex procedure. Although the search was very extensive, the ranking does not claim to be complete, as some companies did not want to make their figures public or did not participate for other reasons.

Through research in company databases and other public sources, Statista has identified tens of thousands of companies in the Asia-Pacific region as potential candidates for the ranking. These businesses were invited to participate in the competition by post, email and telephone.

The project was also advertised online and in print, allowing all eligible companies to register via the websites created by Statista and the Financial Times. In addition, Statista researched exchange-listed high profile companies from Taiwan to make the list more comprehensive.

The calculation of growth rates is based on the revenue figures submitted by the companies in their respective national currency. For better comparability in the ranking the revenues were converted into US dollars. The exchange rates of December 31 2015 and 2018, respectively, were used for this purpose.

The absolute growth between 2013 and 2016 was calculated as follows:

The minimum average growth rate required to be included in the ranking this year was 8.3 per cent. 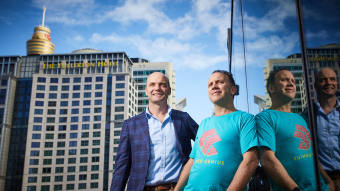