Get the newsletter now
Coronavirus: free to read
See all 20 stories
Coronavirus

Coronavirus tracked: the latest figures as the pandemic spreads | Free to read

The human costs of the coronavirus outbreak continue to mount, with more than 1,003,000 people infected globally. The number of people confirmed to have died from the virus has now surpassed 51,000.

Covid-19’s proliferation has been declared a pandemic by the World Health Organization, meaning it is spreading rapidly in different parts of the world. More than 190 countries have confirmed cases so far.

Europe became the epicentre of the outbreak in early March. Weeks after entering a strict lockdown Italy, the worst affected country outside China where the virus originated, is on the verge of turning the corner and seeing death numbers begin to decrease. The US, meanwhile, is still in the acceleration phase.

More than ten countries are now seeing weekly death tolls in the hundreds or even thousands, and in all but a handful of cases those numbers are still going up.

Within countries cases are often not evenly spread. Lombardia, in Italy, and Spain’s Madrid eclipsed Wuhan, in China, as the most badly affected in the world. In both regions the daily death toll now appears to be flattening.

The world’s new urban epicentre is New York, where each day brings more coronavirus deaths than the last. The state’s death toll is rising faster than in any other subnational region at this stage of its outbreak.

The US is now the global centre of the pandemic, with the number of new cases increasing every day, and total infections in the last week alone passing 100,000. New confirmed case counts in some European countries have started to plateau, however, and in Italy the number of new infections had begun to fall.

Read more of the FT’s coverage of the coronavirus outbreak

While the worst of the outbreak seems to be already behind China, several European countries have just entered the peak phase with a daily increase of new confirmed cases of more than 1,000.

As the outbreak spread beyond China, governments have responded by implementing sweeping containment measures with different degrees of restriction. Researchers at the University of Oxford’s Blavatnik School of Government have compiled data on a range of government response measures, such as the closure of schools and workplaces and restrictions on travel and gatherings, to create a stringency index.

East Asian countries including South Korea and Vietnam were the first to follow China in implementing widespread containment measures, with much of Europe, North America and Africa taking much longer to bring in tough restrictions.

India’s sudden implementation of a strict 21-day lockdown propelled it to the top of the index, making it the first country to hit the limit of 100 for more than a single day.

The FT is mapping the virus as it spreads. Check back for our up-to-date figures.

Coronavirus has now spread to all 50 states in the US. More than 236,000 cases have been confirmed in the country.

The data for this map comes from a dashboard maintained by the Johns Hopkins University Center for Systems Science Engineering, which has combined data from the World Health Organization, the US Centers for Disease Control and Prevention, the European Centre for Disease Prevention and Control, the Chinese Centers for Disease Control and Prevention. It also incorporates data from the Chinese medical community website DXY, which aggregates live situation reports from the Chinese National Health Commission and local CCDC. Additional data are also supplied by Worldometers.

Help us improve these charts: Please email coronavirus-data@ft.com with feedback, requests or tips for sources of subnational data. All of these are invaluable, and we continue to incorporate your suggestions and data every day. We will respond to as many people as possible. 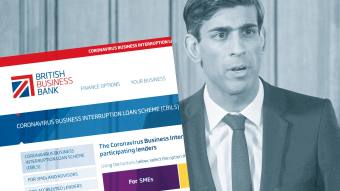 Letter from Roula Khalaf, Editor: The Financial Times is making key coronavirus coverage free to read to keep everyone informed during this extraordinary crisis. The latest figures are tracked here. Please share the stories on this page using #FTfreetoread.