Get the newsletter now
Coronavirus: free to read
See all 18 stories
Coronavirus

Coronavirus tracked: the latest figures as the pandemic spreads | Free to read

The countries affected, the number of deaths and the economic impact

The humanitarian costs of the coronavirus outbreak continue to mount, with more than 837,000 people infected globally. The number of people confirmed to have died having the virus has now surpassed 41,200.

The virus’s proliferation has been declared a pandemic by the World Health Organization, meaning it is spreading rapidly in different parts of the world. More than 190 countries have confirmed cases so far.

The epicentre of the coronavirus is now Europe, with the largest number of confirmed cases in Italy, and death tolls growing more quickly in Italy, Spain, the UK and US than they did in China at the same stage of the outbreak.

Read more of the FT’s coverage of the coronavirus outbreak

Dozens of countries now have double-digit deaths from coronavirus — mostly in Europe — and many are tracing the same paths as the current epicentres.

In many countries one or a small number of regions have borne the brunt of the virus. Lombardia has eclipsed Wuhan as the most badly affected region in the world, and in Spain Madrid and Catalonia could soon surpass even that.

US states also show very different trajectories. Washington saw the first outbreak in the US, but its death toll has risen relatively slowly since then. New York’s mortality curve is much steeper: the state has the highest death toll of any subnational region in the world at this stage of its outbreak.

In most western countries case numbers have been increasing by about 33 per cent a day, a sign that other countries may soon be facing the same challenge as Italy.

The Asian city-state of Singapore and the territory of Hong Kong are on a different trajectory in terms of the growth in case numbers. The rate of increase has so far been relatively contained through rapid and strict measures.

There have now been at least 100 confirmed cases recorded in 114 countries around the world.

The FT is mapping the virus and its economic impact as it spreads. Check back for our up-to-date figures.

Coronavirus has now spread to all 50 states in the US. More than 60,000 cases have been confirmed in the country.

China's slowdown due to the coronavirus outbreak has been pronounced and consequential for the global economy. In order to track these changes, the Financial Times has constructed its own measure of the slowdown and nascent recovery in the Chinese economy.

Official data lags behind activity since it is mostly monthly, and China’s data is sometimes viewed as open to political manipulation.

The measures of the domestic economy include real estate floor space sales, traffic congestion within cities, and coal consumption in major power plants. Trade activity is represented by container freight.

Two other indices, which have been given a lesser weighting, provide social and environmental context: box office numbers from Chinese cinemas - a good proxy on consumer activity - and air pollution in the ten largest cities.

The FT has a dedicated economic impact tracker page where you can keep up to date with various metrics of economic activity. 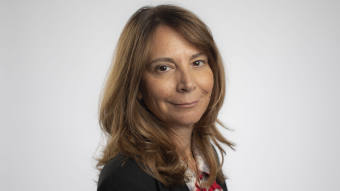 Note from Roula Khalaf, Editor: The Financial Times is making key coronavirus coverage free to read to keep everyone informed during this extraordinary crisis. Please share the stories on this page using #FTfreetoread.