Start a 4-week trial
Opinion  Person in the News 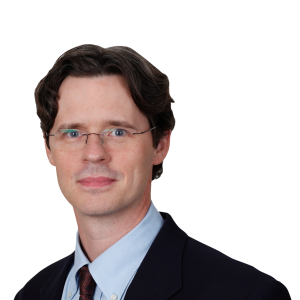 Ruth Davidson does not so much walk on to a stage as bound on to it. There is a bouncy youthful enthusiasm to the Scottish Conservative leader that belies tweedy Tory stereotypes and has been an important ingredient in bringing her party back from the political wilderness.

That effort has never been more important. By increasing the number of Tory seats in Scotland from one to 13 in the UK general election, Ms Davidson has thrown an electoral lifeline to Theresa May, the prime minister. And she has helped to halt in its tracks the Scottish National party’s push for a second chance to sunder the UK.

Even before the election, Ms Davidson, 38, was one of the brightest stars in the Tory firmament. Now she burns more fiercely, fired by a result that stemmed from a relentless campaign opposing any repeat referendum on splitting from the UK, combined with a personal appeal that reached well beyond traditional Tories.

Churls will note that under Mrs May the Conservatives managed to win more seats than any other party across the UK (boosted, of course by the Scottish constituencies that turned blue), while Ms Davidson’s Scottish Tories trailed well behind the SNP. But momentum matters. And nobody can doubt the revival Ms Davidson has masterminded. When elected as leader in 2011, her main rival thought the Scottish Conservative brand so tarnished that the party should be scrapped and refounded under a new name. Her success has surprised some. She did not obviously excel as a BBC reporter before turning to politics, recalls one former colleague. But the experience gave her a highly polished media manner and an acute sense for a soundbite.

While arch-rival Nicola Sturgeon, SNP leader and Scotland’s first minister, is usually as self-disciplined in private as she is in public, Ms Davidson is appealingly frank and relaxed off duty. Little surprise, then, that some Tories speculate that Ms Davidson could work similar magic on a UK party rocked by its failure to win a majority in Westminster.But there remains no easy route to UK Conservative leadership for Ms Davidson, who has a seat in the Scottish parliament at Holyrood not Westminster.

Scottish Conservative success has also been entirely Scottish in flavour. South of the border, Brexit was perhaps the biggest campaign theme. In Scotland, it was blocking another independence referendum. Ms Davidson also benefited from SNP failings. Ms Sturgeon struggled to explain why she wanted another vote on independence so soon after Scotland voted “no” in a 2014 referendum. After a decade in power in Scotland, the SNP faces growing dissatisfaction caused by declining education standards and strains on healthcare. With the SNP beginning to falter, it was not only the Tories who made gains. The beleaguered Scottish Labour party, all but written off by some, finished less than two points behind the Tories in share of the vote. Ms Davidson will face tougher competition for the loyalties of pro-union voters in future years.

“I still don’t think Ruth Davidson had a good campaign,” says David Torrance, the author of a biography of Ms Sturgeon, “but the main plank of the campaign — saying ‘no’ to IndyRef2 — clearly resonated”.

Ms Davidson has set her sights on becoming Scotland’s first minister after elections scheduled for 2021. But that remains a huge challenge for a party that is still trailing well behind the SNP and might struggle to find coalition partners.

The SNP’s loss of political momentum rules out another independence vote in the next few years, so the Tories will have to find new, positive reasons for voters to back them. “The danger for the Scottish Tories is that impetus dissipates,” says Mr Torrance. “Saying ‘no, no, no’ just isn’t enough any more.”

That raises questions about the strength of Ms Davidson’s own convictions. She won election as Tory leader on a promise to block the transfer of more powers to the Scottish parliament, only to embrace radical devolution three years later. A vocal campaigner against Brexit, she quickly changed her stance after last year’s Leave vote, dropping early calls for post-Brexit membership of the EU single market after Mrs May came out against the idea.

The scale of Ms Davidson’s ambition and the depth of her political beliefs will be made clearer by how she uses her enhanced clout within the party. In a possible sign of things to come, she yesterday offered backing for Mrs May to stay in office, but paired it with a call for the PM to pursue an “open Brexit” that “puts our country’s economic growth first”.

Ms Davidson may still hope for something close to single market membership. Party colleagues will bristle at the suggestion. But if she can shift Westminster policy on this central Brexit issue, the Scottish Tory champion will really have something to crow about.

The writer is the Financial Times’s Scotland correspondent