Government consultancy contracts spark ‘who does what’ debate

Did pandemic hiring plug a gap that could otherwise have been filled by civil servants?

At the height of lockdown in London last year, when the streets were empty and restaurants and shops deserted, offices near parliament in Westminster were buzzing with socially distanced teams of consultants trying to figure out how the UK should respond to the Covid-19 pandemic.

Consultants who had been employed on other projects for government were shifted to the emergency response to coronavirus, as were many who had been working for retailers, consumer brands and financial services, which were no longer looking to overhaul strategies or launch new products.

After years of civil service cutbacks, the government needed staff quickly. From commercial agreements with leisure centres to decisions on whether construction should continue, every policy decision required work and consultants were the only workforce readily available.

Sometimes the civil servants rang and said: “Give me your best price for 100 people,” says one consultant drafted in to help with the pandemic. “There was a lot of ‘call your friends up and get them in’.” 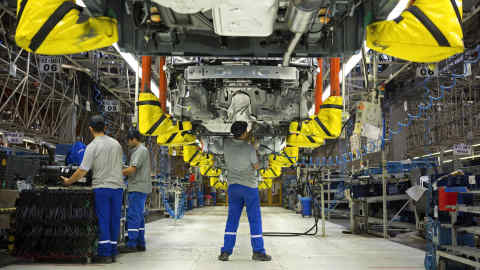 In early March the government suspended competitive tendering so that contracts could be awarded fast — either with work simply handed to consultants or added to existing framework agreements. “Civil servants ran competitions very quickly or they gave direct awards, or sometimes there was an assumption that the price would be worked out in the future,” adds the consultant, who asked to remain anonymous.

At least 152 contracts worth £330m were awarded to the eight largest consulting firms between April and February 1 this year, according to data from Tussell, a research company that monitors government contracts.

Deloitte won the largest share, with £195m worth of work including contracts managing procurement of personal protective equipment for hospitals and supporting Covid-19 testing sites. At one stage the firm had more than 1,000 consultants working to design and build the appointment booking and test kit registration platform for the UK’s test and trace programme.

The decision to hire consultants without competitive tendering has revived long-running questions over value for money, transparency and potential conflicts of interest in the government’s use of external consultants.

There was widespread criticism of high fees and perceived poor performance. The National Audit Office raised concerns and there are a number of legal challenges under way.

Late last year Lord Agnew, the Cabinet Office minister, criticised overuse of consultants, which he believes wastes money and “infantilises civil servants”. He has plans for a team of in-house advisers in the Cabinet Office, dubbed the “Crown Consultancy”. 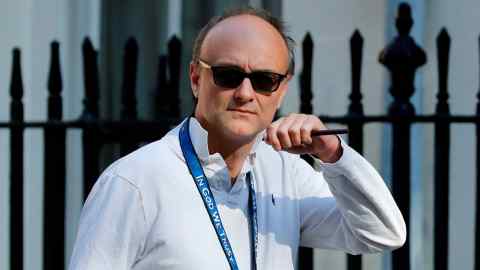 Alex Thomas, programme director at the Institute for Government, a think-tank, says the objective of the proposal is to create pools of people who can be deployed quickly to fulfil ministerial programmes or help particular departments.

However, he adds that this would only work if it were big enough to offer genuine support and it was unlikely to “solve civil service capacity problems, skills gaps, or save much money”.

Although there are some cases where it makes sense for the government to use consultants, Thomas says, it “tends to go wrong when [it] relies on generalist consultants to do jobs that civil servants can do more cheaply and effectively”.

KPMG argues that use of consultants helps government respond swiftly in emergencies. “Across the globe, governments call on experts to help them address the urgent challenges that society faces, like Covid-19,” KPMG says.

“The use of external specialists enables the public sector to get critical projects done, particularly when capacity, skills and expertise is needed at scale and under intense time pressure. As countries seek to return to sustainable growth, these projects are investments to support long-term economic recovery.”

Peter Smith, author of Bad Buying: How organisations waste billions through failures, frauds and f*ck-ups, says the larger numbers of consultants employed during the pandemic suggests that they had been providing “less big brain blue sky thinking or specific intellectual property but more diligent, hard working people supplied in bulk”.

“It’s probably been quite hard to fuse the normal metrics and smart ways of contracting such as fixed-price agreements during the pandemic, but the concern is that what would be considered poor practice in normal times becomes the norm,” he says.

Liz David-Barrett, professor of governance and integrity at the University of Sussex, says that by awarding a few management consultancies a large slice of the work, the government appears to “have created a parallel state”.

The government should have been more prepared for a possible pandemic earlier and lack of planning “forced it into emergency contracts when they shouldn’t have needed to be”, the professor says. Lack of planning and capacity create a situation where the risks of corruption, poor accountability and weak governance increase, she argues.

But if the expenditure seems high, Edward Haigh, joint managing director at Source Global Research, a data provider on consulting, cautions that many of the larger consultancies also announced job losses and pay cuts during the pandemic as the gains on Covid-19 related work were offset by the loss of projects elsewhere. It found that government sector work for consultants contracted by 7.9 per cent overall in 2020, and that there had been pressure on fee rates, with many firms offering to work on a pro-bono basis.

However, with criticism prompted by reports that some consultants from BCG — which won £30m worth of coronavirus-related work — charged fees worth £7,000 a day, Haigh acknowledges that consulting fees can be difficult for civil servants to swallow. “The nature of most consulting work makes it very hard to find accurate and reliable ways to measure the value that’s being delivered,” he says. 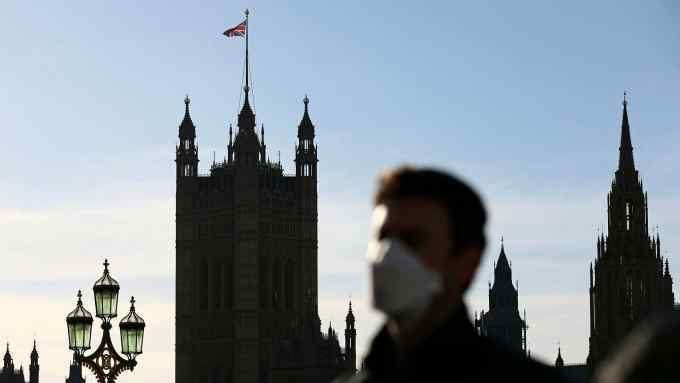