Covid loans are all well and good, but the UK government needs to consider the economy in the round
Daniel Thomas 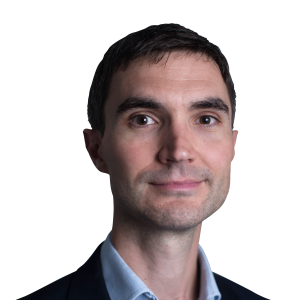 The pandemic has caused a deep division in the economy between the companies that have prospered and those that have spent 12 months facing existential questions about their future.

In the former camp are businesses that have flourished in ecommerce, logistics and digital communications, serving people forced to live and work at home for months on end. But there are more that may never recover.

In the UK, this raises serious industrial policy questions. These were reflected in the chancellor of the exchequer’s attempt to make this month’s Budget supportive of smaller UK tech businesses, some of which are facing headwinds for the first time since Britain left the EU.

Alongside plans for a tech visa that would ease bringing skilled workers to the UK, and reviews of areas such as R&D tax credits, one of the most interesting proposals was a new £375m scheme to invest in promising tech-focused companies.

The Future Fund: Breakthrough scheme adds to the more than £1bn that the government has already invested in the form of convertible loans to more than 1,000 start-ups, which will leave it with scores of equity stakes in small companies across the UK.

But the 1.4m tech and non-tech businesses that were forced to take state-backed, but commercial, Covid loans face a much more uncertain future. After months of limited or no trading, they are now laden with debt that is not convertible to equity.

The risk here is not just that these companies will collapse — Covid restrictions on insolvencies have so far kept the failure rate low — but how many will be left in a ‘zombified’ state: only just able to cover their debts and unable to invest in growth for their future.

Ironically, many of these indebted businesses would have been viable and profit-making before the pandemic, whereas those that the government will take stakes in via its Future Fund are unlikely to turn a profit for some time — and are just as likely to fail entirely.

Many struggling businesses entered the pandemic with little in the way of a safety net as few small companies are able to carry much spare cash. Brexit has also entangled them in red tape and extra costs at a time when they can least afford it.

In seeking to alleviate these problems, the government seems to have fallen into the same mindset as venture capital funds: seeking out high-growth companies, while largely ignoring the medium and smaller-sized businesses.

But by committing further hundreds of millions to tech start-ups, it risks competing with a wall of capital that is already available in the private sector, and leaving SMEs marooned. The UK has long been a destination for investment from VC funds. The government does not need to step in here, even though the chancellor — a former hedge fund executive — might wish to.

The Future Fund represents a gamble in itself, since the venture model is designed to find a needle in a haystack of tech also-rans. But the bigger gamble is failing to help some of the better businesses in sectors that have been hardest hit in the pandemic, such as hospitality.

While important, there is more to an economy than companies developing data-led products. And such businesses are rarely the biggest employers.

As the FT 1000 ranking of Europe’s fastest-growing companies shows, not all the growth stories are in tech: the top 20 includes a warehouse builder, a shopfitter and a maker of trendy reusable water bottles. They are a far cry from the life sciences, quantum computing and clean tech sectors championed by the government.

There is nothing wrong with the UK government supporting start-ups, but it needs to consider the economy in the round. A good place to begin would be to reboot the country’s industry strategy and consider where Britain needs to focus, in order to support digitisation and the climate agenda.

More broadly, the government should concentrate on supporting the growth framework for all companies, with a sensible tax regime, supportive regulations, easy access to talented workers from the EU and by developing digital infrastructure.

Additional help should be considered for sectors that are only slowly emerging from Covid and to support job creation.

At the same time, the government can do more to help institutional money support recovery funds, which can enable companies to convert some of their enforced debt into equity.

Without continued help, there will be a brutal cull of smaller companies, and jobs, as they struggle to emerge from the pandemic.