Hors les Murs in Paris: public art for the age of Instagram

Every year Fiac installs artwork around the city. This year, there’s a Yayoi Kusama pumpkin and a pre-fab house by Jean Prouvé

In Paris, public space is understood as belonging to the people. With a legacy that goes back to the French Revolution and continues today with the Yellow Vest demonstrations, French citizens readily exercise their right to take to the streets. And this extends to protesting against public art — of which a four-year row over the location of Jeff Koons’s giant “Bouquet of Tulips” is only the latest example.

The 33-tonne memorial to the victims of the 2015 Paris terror attacks — a gift from Koons, albeit with a €3.5m installation cost — was finally unveiled last week at a permanent location behind the Petit Palais, off the Champs-Élysées. This is the same area where Fiac, the city’s leading contemporary art fair, installs temporary artworks. The stakes are high. “The public space is a political space — absolutely!” says Jennifer Flay, the fair’s director. “Art has a role to play in that. We take that very seriously.”

Fiac launched its programme of outdoor sculpture and installation art, known as Hors les Murs, in 2006, bringing works to sites around Paris for the duration of the fair. Since its 2016 edition, as a response to the terror attacks of the previous year, Fiac sectioned off part of the Avenue Winston Churchill, reclaiming the space for pedestrians, and for a programme of installations and performances, known as Projects.

This year’s Projects include Laure Prouvost, Kiki Smith and Elsa Sahal, as well as a street party by Berlin-based Nigerian artist Emeka Ogboh on October 15. Ogboh’s multi-part project centres on the launch of a craft beer, “Sufferhead Original” (2019), commissioned by Fiac. The beer is “inspired by the food tastes and experiences of Africans living in Europe”, says a representative of Galerie Imane Farès, which has a booth of Ogboh’s work at the fair.

The lager is accompanied by a billboard campaign shot at sites around Paris linked to France’s colonial past. The billboard on the façade of the Grand Palais reads “Quand y’en a un, ça va …” (“When there’s just one, it’s fine . . .”). What could be read as a message about drinking responsibly is, in fact, part of a racial slur which the politician Brice Hortefeux made in 2009, when he was interior minister, unaware his microphone was on. (Hortefeux was fined by a French court for the comment, which continued, “It’s when there are lots of them that there are problems.”)

Opposite Ogboh’s billboard, on the Petit Palais, is a neon work by Sylvie Fleury from 2005. As if responding to Hortefeux, it reads: “YES TO ALL”. “It’s very much about encounters,” says Flay. “I’m one of those romantic people who thinks an encounter with an artwork can be life-changing.”

But artworks must strike a balance between subtlety and grand gesture when making political statements in sites as iconic as the Place de la Concorde, where temporary structures are put up for the week of the fair. This year, there’s an entire pre-fab house by Jean Prouvé, “Maison Démontable 8x8” (1945). Emblematic of the postwar era’s need for fast housing solutions, it gains new relevance when considering the makeshift migrant camps outside Paris.

The public space is a political space — absolutely! Art has a role to play in that. We take that seriously

Other pop-up structures positioned around the Place de la Concorde’s Luxor Obelisk show their makers’ fascination with temporary habitats. The award-winning architect Odile Decq’s “Le Pavillon Noir!” (2019) is a structure made of one-sided mirror; visitors are rendered invisible from the outside.

Along the Jardin de Tuileries, 20 temporary sculptures create a meandering path, responding to the garden’s features. Noël Dolla’s colourful installation consists of umbrellas submerged just under the water in a basin by the Musée de l’Orangerie. It’s not necessary to know that the museum houses Monet’s “Water Lilies” to appreciate Dolla’s piece, but the moment of recognition sparks joy.

Less subtle, perhaps, is Yayoi Kusama’s inflatable dotted pumpkin, her largest to date, which will be installed at the Place Vendôme for the duration of the fair. Kusama is the first woman in Fiac’s Hors les Murs programme to show a work in the historic square. With Koons’s giant bouquet just around the corner, the battle of the art giants will surely play out on Instagram. 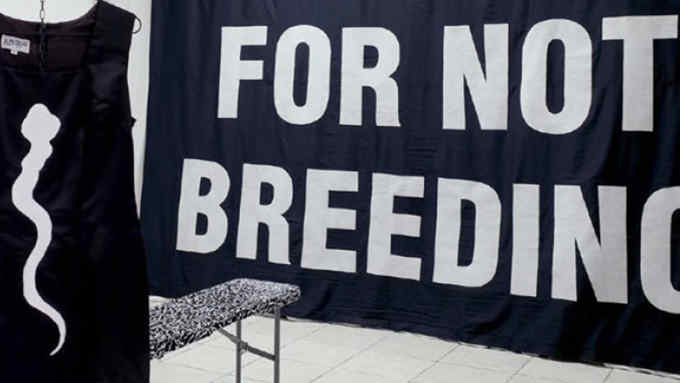