AI learns to read Korean, so you don’t have to

The long arm of American law sparks fear among international companies, even those based thousands of miles away.

So, when a South Korean company received a grand jury subpoena from the US Department of Justice, its lawyers at law firm Hogan Lovells had to react fast.

The South Korean company, which provided services to the US government, was facing serious allegations of price-fixing and bid-rigging behaviour after it became embroiled in a US antitrust investigation.

Obtaining the necessary records was never going to be simple. The lawyers would need to search through millions of potentially relevant documents. With the company facing big potential fines in the US, the stakes were high.

“This was a very large organisation with massive amounts of data and we only had a relatively short time,” says Jeremy Burdge, litigation practice group lead for the Americas at Hogan Lovells. “There were millions and millions of records and it was like trying to find a needle in a haystack to respond to the allegations from the US.”

Stephen Allen, global head of legal operations at the law firm, says this meant that Hogan Lovells in effect had to choose between “hiring every single Korean-speaking attorney in the US” or deploying technology to help narrow the search for key documents.

The challenge of character-based scripts

Artificial intelligence tools can help law firms analyse and sift documents as a lawyer would, but faster and without human errors. These tools can transform legal investigations and acquisition deals by homing in on the most relevant documents, which in turn saves time and money.

But in this case, there was an additional hurdle. Much of the legal AI that has been developed in the US and Europe is based on the data being in the English language — or at least western languages — rather than character-based scripts such as Chinese or Japanese, or other unique writing systems such as Korean.

Mr Burdge then recalled reading an academic paper on “tokenism”, in which a program creates mathematical formulas for certain sets of character or letter combinations. He realised this could be applied to the antitrust investigation’s documents. 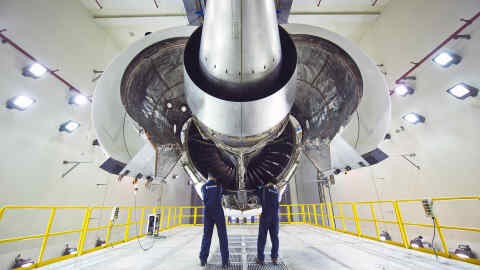 By giving every symbol a value and applying a mathematical formula to filter in or out desired Korean letters or combinations of characters relevant to the investigation, the language processing software could review documents in Korean for relevant words or phrases identified by antitrust lawyers.

Hogan Lovells worked with technology company Knovos, which “threw developers” at the problem and quickly set up a data test centre in Seoul.

“We had [more than] 10m documents, of which 3.86m were relevant, and it selected 85,000 documents, which then needed to be reviewed by attorneys,” recalls Mr Burdge. His team also tried a more conventional approach using key words but this only narrowed the search to 500,000 documents.

Hogan Lovells estimates that it saved an estimated 8,300 hours of review time by lawyers and $400,000 in costs. The process helped lawyers respond to the DoJ’s allegations quickly.

In the case of Indian law firm Anand and Anand, technology was vital to handle the increased volumes of data generated by the Indian patent office when the state-run organisation started a push to clear its huge backlog of cases.

The increased workload put Indian patent firms under pressure as any delayed reporting of patent notification could affect clients’ businesses.

Anand and Anand developed a tool to extract information by crawling over a huge amount of patent office data. This generated an email to clients informing them about the latest developments. The tool was more cost-effective than the law firm hiring temporary staff to handle the increased workload.

Other law firms have developed technology to extract certain pieces of information from public databases. Lawyers working on deals need to obtain data from securities databases to check questions such as whether the company has, for example, an Australian director or property assets other than real estate, says Mark Malinas, co-head of the private equity practice at law firm Allens. This is time-consuming for lawyers working to a tight deadline, who have to repeat the same checks on dozens of companies.

“This way we can plug the software into the public database and pull out the information,” Mr Malinas says. “It allows our lawyers to do more interesting stuff rather than mundane data entry.”