Group of operators share €4bn handed to projects chosen from lists it drew up, report claims

Nathalie Thomas in Edinburgh and Mehreen Khan in Brussels

A group of European gas companies wields “remarkable power” over which energy projects are fast-tracked and subsidised by Brussels, a new study has claimed.

More than €4bn in grants and loans have been awarded since 2013 to schemes backed by the European Network of Transmission System Operators for Gas — a grouping of more than 40 gas infrastructure groups that includes Italy’s Snam and Spain’s Enagas — according to the report by Global Witness.

The investigative group is pushing for a law change in Europe as climate activists step up campaigns against natural gas.

“Unless this sort of damaging influence is reined in, Europe will be condemned to decades more of fossil fuel consumption,” said Murray Worthy, head of Global Witness’s EU gas campaign. “Breaking up the power of these big gas companies will be a key test of the EU’s commitment to fighting the climate crisis.”

Energy companies and some policymakers have talked up gas as a “transition” fuel to help wean countries off coal. But environmentalists say governments should instead pour investment into renewable technology, particularly as nations look to big infrastructure projects to revive their economies after the coronavirus pandemic. 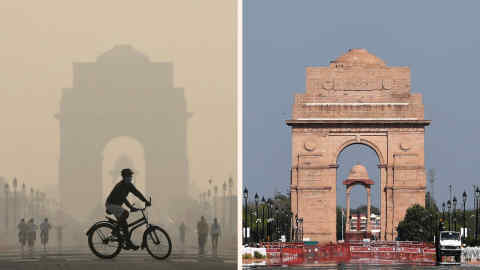 Activists including Greta Thunberg say the use of subsidies for gas infrastructure is incompatible with the EU’s climate goals. The European Commission wants the continent to be the first to hit net zero emissions and is targeting the achievement by 2050. It has proposed a raft of new laws to reduce emissions and switch to green energy alternatives as part of a “Green New Deal”.

Global Witness claims the Trans-European Networks-Energy regulation passed in 2013 gives Entsog a key role in putting forward a shortlist of pipelines and terminals for the commission to select as “projects of common interest”. The campaign group says PCIs, which can access EU funding, are more likely to be built.

The commission picks gas PCIs solely from a plan produced every two years by Entsog, which Global Witness says has a history of overestimating demand for the fuel.

Non-Entsog members can submit their projects for inclusion in the plan but Global Witness says 87 per cent, or €4bn, of all EU subsidies and loans granted to gas PCIs since 2013 went to projects backed by the group’s members.

Entsog insisted it held an “open and transparent process” for “any project promoter” to submit their scheme to its Ten Year Network Development Plan. It denied there was any conflict of interest, saying it “simply facilitates collection of information and is involved only as experts in this process — together with other experts”, adding: “Entsog does not select the projects that are submitted.”

It also rejected Global Witness’s claim that it consistently overestimates European gas demand, saying it had changed its methodology since 2015 for drawing up potential demand scenarios.

The commission said no preferential treatment was given to gas projects on the PCI list.

Frans Timmermans, EU vice-president for the Green Deal, has said no PCI projects will be selected for subsidies if they do not comply with the EU’s broader climate goals.

He added that the number of gas projects selected for subsidies from a list of PCIs, which is published by the commission every two years, had also been steadily declining in favour of electricity.

Brussels last month began consulting on changes to the regulation and will propose a revision by the end of the year.