HTSI editor’s letter: men’s style and the lure of the familiar

Exploring the current mood for nostalgia

Whatever else has happened in the week leading up to this issue, it’s safe to say that it’s been a very big moment for the suit. That traditional tailoring has been the uniform of this extended mourning period among the royals, politicians and broadcasters, in fact anyone of public standing, has served both to reassure many about the effort of wearing clothes that look “respectful” and reminded the more adventurous among us that, while streetwear has its place within the contemporary wardrobe, there are still some days that simply require a guy put on a suit. Despite our best efforts to declare the suit moribund, its continued presence in the AW22 menswear collections would suggest its demise was far from assured long before this latest spike. And not only on the catwalk. Take a look around the city on any given weekday evening and the pubs are thronged with men in shirts and tailored trousers. Office workwear may now be more casual but it would be naive to argue that the suit is under mortal threat.

That we return to clothes – and codes – that are familiar is something that Alex Fury explores in his essay “The case for déjà vu”. But rather than suggesting this reveals a paucity of new ideas, Alex argues that the cyclical nature of fashion reflects a collective desire to seek reassurance from the past. It’s a familiarity I see in our cover story by Bruno Staub and Julian Ganio, which I think recalls the gentle sensuality of ’80s Buffalo style, as well as elsewhere in this menswear special. Whether you take comfort in the ’70s-era sportswear collaborations we’ve lately seen at Gucci, Wales Bonner or Balenciaga, or in the clean lines of traditional tailoring seen at Dunhill, Loro Piana or Dior Men, it appears we have entered a period of nostalgia – and not only in fashion: just look at the number of ’80s remakes in the cinemas this year.

And what could be more nostalgic and comforting than Charvet – the Paris institution that in 1838 became the world’s first chemisier to offer bespoke shirts. Its storied building on the corner of Place Vendôme is one of the addresses I always stop at in Paris, to linger in the silks department, buy suede slippers or stock up on nightshirts. Gilles Khoury visits the boutique to tell the story of the label and its illustrious patrons. I was curious to learn that in the ’60s, when the Charvet heirs were looking for a buyer, the business only stayed in French hands thanks to an intervention by President Charles de Gaulle, a Charvet enthusiast who despatched the Ministry of Industry to ensure a Gallo-centric deal. And you thought politicians were too cerebral to waste their time on such frivolities as fashion?

Elsewhere, this style issue celebrates other icons of the wardrobe. FT columnist Stephen Bush describes the subversive thrill of wearing Dr Martens boots around the office, while Mark C O’Flaherty traces the evolution of the MA-1 flight jacket, first introduced to the US air force in the ’50s and still offered in myriad interpretations by designers to this day.

As for more modern icons, we speak to Harry Lambert, the man behind Harry Styles’ public image, and a look that has come to characterise the cultural mood of 2022. In a theatre recently I could count on two hands the number of men wearing pearls. Admittedly, there were fewer wearing shiny Lurex unitards. But give it time, folks. Give it time. 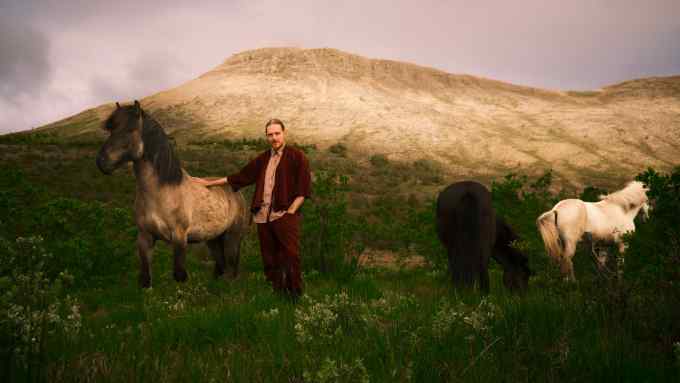