To get the wealthy to pay more tax, first we need to work out why they avoid it

In June, John McAfee was found dead in a Spanish prison from an apparent suicide. McAfee, whose CV took in everything from spiritual guru to murder suspect, was inarguably the most colourful character in the world of antivirus software. Hours before his death, the Spanish authorities had agreed to extradite him to the US to face charges of tax evasion.

McAfee made no secret of his views: in 2018, he tweeted that he had not filed a US tax return in eight years because “taxation is theft” and asserted that he had “paid tens of millions already and received jack shit in services”.

The week before he died, we were offered a very different take on tax, from Abigail Disney, the film industry heiress. She wrote an article in The Atlantic entitled “I was taught from a young age to protect my dynastic wealth”. This was in response to a report on tax avoidance by non-profit ProPublica based on a leak of wealthy Americans’ tax records.

The report concluded that legal tax-avoidance strategies had allowed the 25 richest Americans to limit their federal income tax bills to $13.6bn in the five years to 2018, even though the value of their stocks, properties and other assets had boosted their wealth by an estimated $401bn.

Of course, wealth is not income and tax avoidance is not evasion. But Disney’s position was straightforward: these two facts are a big part of the problem. What the richest Americans do is perfectly legal. She knows this because she has been doing it her whole life and is as much a beneficiary of the system as Amazon founder Jeff Bezos. As she acknowledged, it is a system that allows the rich legally to avoid paying tax on huge fortunes that grow every year.

It is often argued that, in the modern world, tax evasion and avoidance form part of a continuum and many of the rich have no real need to practise (illegal) evasion because (legal) avoidance is so easy and effective. Disney, however, wanted to know why. “What motivates people with so much money to try to withhold every last bit of it from the public’s reach?” she asks.

Lunch with the FT
Abigail Disney: ‘I’m choosing to be a traitor to my class’ 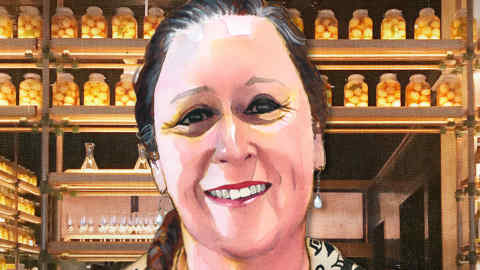 This is a good question. The rich are right when they say they pay the lion’s share of taxes. And many share McAfee’s view, albeit in a less extreme form. They say governments are not competent and waste money, that it goes into the pockets of the lazy, and so on.

In a 2017 paper, Alex Rees-Jones, a behavioural economist at Wharton Business school, wrote that “analysis of tax data confirms that tax decisions [the desire to pay or avoid] are influenced by loss aversion” and that taxpayers are “more likely to pursue tax reduction activities when they make a loss smaller, as compared to when they make a gain larger”.

The paper suggested reframing taxpayer perceptions of what constitutes a gain or a loss. If you can convince people that they do not want to lose fantastic public transport just to boost their income by a few percentage points, you may have more luck convincing them to pay taxes.

This is a sentiment I have heard occasionally in Scandinavian countries. It is also effectively the point made by the Bostonian poet and physician Oliver Wendell Holmes, who said taxes are the price we pay for a civilised society.

But few rich people are outspoken advocates of paying tax. The author JK Rowling is perhaps the best known. She has said she feels indebted to the UK’s welfare system, which helped her when she needed it. Billionaire investor Warren Buffett has also said he should pay more tax, although according to ProPublica’s report, he pays the least tax among the richest people in the US as a proportion of income. Buffett is a noted philanthropist, but many argue that the problem with philanthropy is that it is not a good substitute for tax and entrenches the power of an already powerful group. 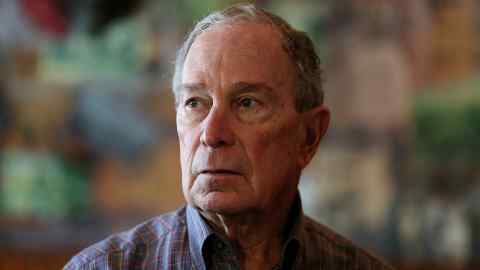 Perhaps a more interesting view on tax is to move away from money and look at happiness. Some research suggests that paying tax can make us feel good, in the same way that donating to charity does. High-tax European countries such as Denmark do very well in happiness rankings, and this may be linked to lower inequality, making for better societies. But what about lower-tax countries? Would the wealthy revolt if taxes rose?

Maybe not. A 2019 study by researchers at the University of Virginia and the University of Toronto asked this question. It looked at whether Americans would be happier and feel that life would be fairer under more progressive tax systems.

Not surprisingly, poorer people did feel this way, but the more eye-opening result concerned the rich. “Our most important finding,” the researchers said, “is that progressive taxation is not a zero-sum game where a large group of poor people benefit from a big loss of a small group of wealthy citizens. Rather, poorer citizens benefit without a notable loss in happiness among the wealthiest citizens.”