Steve Jackson recognised for excellence in social enterprise and business

Can you do good and still make money? Steve Jackson’s answer to that dilemma is an emphatic yes, and it has won him the EY UK Entrepreneur of the Year Award for 2019.

Mr Jackson’s business Recycling Lives does not merely take waste materials and put them to good use, it also takes people who have been similarly discarded by society and does the same.

Based in Preston, Lancashire, the group encompasses both profitmaking businesses and social enterprise.

Recycling Lives has private shareholders, but also pledges to generate social value equal to or greater than 10 per cent of its sales.

It does this by buying services and products from the social enterprise arm, whose main aim is to help people at risk of becoming homeless into work.

The business has a national network that collects and disposes of waste for British Gas and BT, among others.

It also employs people in prison, training them in skills that can be used to find a job after release. Those who graduate from its programme have a reoffending rate of 4 per cent, compared with the UK average of 37 per cent.

“We believe it is the most effective rehabilitation programme in the UK,” says Mr Jackson. In the past three years, Recycling Lives has helped 24 homeless people into permanent accommodation and 136 ex-offenders into work.

Mr Jackson, a serial entrepreneur who did well in the 1990s dotcom boom, says the idea for Recycling Lives arose when he endured tough times himself, sleeping on a friend’s sofa.

“I had personal experience of homelessness and depression,” he says. “I met a lot of people down on their luck. It is incredible how quickly you can find yourselves in that position. People deserve a second chance.”

In 2006, his business empire included a scrap metal dealer and a construction company and he realised that he could provide jobs for ex-prisoners more suited to physical labour than an office.

He launched Recycling Lives in 2008. It has won custom from the public sector, which under the Social Value Act is obliged to improve society through its procurement. Police forces and councils send it their vehicles to scrap.

The main recruitment path is from prison and residential centres for the homeless. The business has 12 prison academies and employs 400 people.

Those wanting to work and to learn skills must fulfil certain conditions. They must pay at least 40 per cent of their wages in prison to a fund that compensates victims of crime.

Upon leaving prison, programme participants move into a halfway house and are given a job with Recycling Lives. The fact that 40 per cent of staff are ex-prisoners provides newcomers with a supportive environment.

The group is now training staff for other employers. BT and United Utilities, a water company, have changed their policies to permit the recruitment of people with a criminal record and offer employment to academy graduates. Wates, the contract services business, and some small housebuilders are doing the same. “People have woken up to the fact that giving people a second chance is a very sensible thing to do,” says Mr Jackson.

He notes that not all companies are able to follow suit, but those deterred by the bureaucracy and expense of auditing social value could switch their recycling contract to Recycling Lives and know they have done their bit. It uses measurements of social value approved by the Ministry of Justice.

The business also distributes surplus food, mainly from supermarkets, to vulnerable families, and provides 1m meals per year under the umbrella of FareShare, a charity aimed at relieving food poverty and reducing food waste.

“We needed deeper pockets,” he says, adding that the move has proved risky as prices for recycled metals and other commodities have fallen because of the US-China trade war.

“These are testing times and when [investors] don’t see ebitda grow they may well be concerned,” he says. “[But] they convinced me their social values are absolutely true. Everybody knows the market is cyclical.”

Mr Jackson hopes his victory will encourage others to embrace social enterprise. “A business is run by people. We are becoming more in tune with Generation Z. As they start to own businesses I don’t think they will be questioning, ‘Is it right to build social value into a business?’ I don’t think the next generation will even ask.” 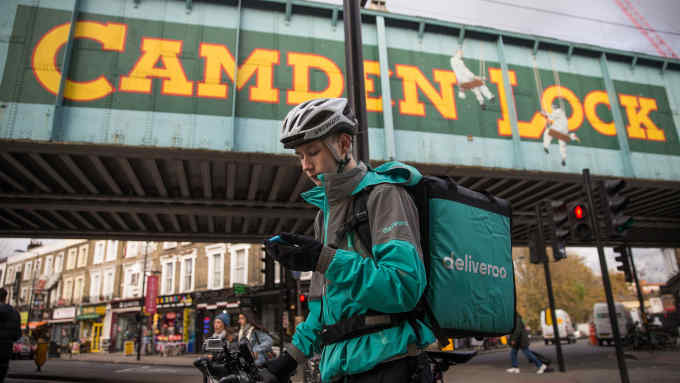