Fintech entrepreneurs show why finance masters are not just for bankers

Some of the world’s most successful companies have been formed by founders quitting university to nurture their start-ups, not least the Harvard dropouts Bill Gates, of Microsoft, and Mark Zuckerberg, of Facebook.

But a small yet significant number of students on masters in finance degrees do the opposite, enrolling to improve their core finance knowledge.

Maximilian Voigt applied for a place on the masters degree in financial economics at Saïd Business School at Oxford university shortly after co-founding Gründermaschine, an incubator for early stage fintech ventures in Frankfurt.

Mr Voigt had been working for Talentschmiede, an IT consultancy, which funded two-thirds of his tuition costs.

“I felt I still lacked some understanding of how the whole finance ecosystem works,” Mr Voigt says. He adds that he was encouraged to think bigger about his new venture by people he met through Oxford’s college system, where students are bonded with others on different courses. “What you really learn at Oxford is to be ambitious because you have some pretty smart people around you,” he says.

There are few signs that masters in finance students are rushing in large numbers into fintech start-ups. He was one of only three on his course of 80 people who went into such a venture as a first job after graduation.

“There were a lot of people who talked about working at a fintech start-up, but I think most people thought it was a bit risky,” he says, noting that he felt privileged to be sponsored and not have the money concerns of some classmates.

“Some people said they might consider working for a fintech but they needed to get a job in a bank first to pay off their debt.”

Fintech is a topic in demand and a good grounding for those looking to develop relevant skills for working in modern banking teams, according to Yvon Moysan, a lecturer in digital marketing on the master of science in finance course at IESEG School of Management in Lille.

However, he admits that most of the 25 students who take the course each year find roles in large banks directly after graduation rather than the more risky option of joining a start-up.

“For this very specific degree, students tend to be oriented to [working for] big banks,” Mr Moysan says.

Arzish Baaquie was working for a fintech business before he applied for the masters degree in finance at London Business School (LBS). He had joined Smartkarma, in Singapore, a provider of investment insights into Asian markets for asset managers, after several years in investment banking.

“My understanding of finance was good,” says Mr Baaquie, but he was eager to expand the specialist skills needed to communicate with his clients, who were portfolio managers at asset management firms.

“When these people meet they do not have time for small talk,” he says. “I wanted to get to a stage where my lingo could be effective with them.”

He returned to full-time study at the age of 33 with the blessing of his company’s founders, Jon Foster and Raghav Kapoor, who agreed to sponsor his year-long studies. “Like all start-ups, we knew that we needed to upskill our organisation to support our future growth,” Mr Foster says.

“We worked with Arzish on the type of programme that would best suit his aspirations and our future needs.”

Helen Barrett
Business schools have a problem with fintech 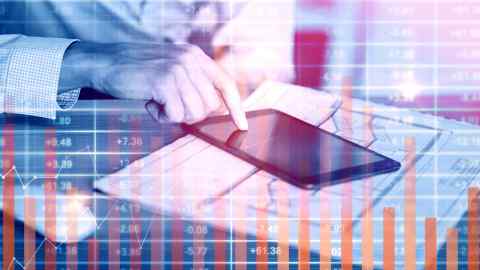 The founders were impressed with Mr Baaquie’s achievements during the course, not just in developing technical skills, but taking the initiative on extracurricular activities such as speaking at LBS’s annual investment management conference.

No sooner had Mr Baaquie got off the plane in Singapore than they sent him back to London to establish an office for Smartkarma in the UK.

“We felt that he had matured substantially, understood different management techniques and was ready to take on this new challenge,” Mr Foster says.

Mr Baaquie is an exception on the LBS course, where few students either come from or go on to fintech ventures, despite London’s reputation as a hub for such businesses, according to David Morris, who looks after technology industry recruitment at the school’s careers centre.

Salaries are an issue when students know they can earn more at an established bank than a new tech start-up, Mr Morris says. It also demands different skills, he adds.

“Working in a start-up is a scrappy environment,” Mr Morris says, adding that fintech companies coming to LBS are often looking for people who can get involved in different roles in the business, from sales to strategy.

Stockholm School of Economics (SSE) has fostered close relations with the city’s tech start-up community. Many of the faculty are deeply involved with the fintech community, both through their research on related topics and as directors, advisers and investment committee members, according to Bo Becker, a professor of finance at SSE.

About 5 per cent of a typical masters in finance class of 80 students go to work for fintech start-ups, according to SSE. Many more take tech-focused roles in big banks, venture capital and consulting focused on fintech, says Mr Becker.

“We have several of the key [fintech] firms coming to Stockholm to meet our students,” he says.

“They are less organised employers than older, bigger firms, but the demand for our students is there.”