When musician Zhou Yunpeng was denied an account at one of China’s largest state banks last month, he learnt it was because he was classified as “a person without capacity for civil conduct”. Mr Zhou is blind.

Mr Zhou eventually opened his account and received an apology from the bank. However, the incident sparked a furious debate on social media about how China accommodates the physically and mentally disabled.

His experience also reveals a startling disjuncture between the laws protecting those with disabilities in China and how they are actually applied.

Like many European countries, China has an employment quota system which mandates public and private companies reserve at least 1.5 per cent of their positions for disabled persons, depending on the region. The base rate is lower than that mandated in many western European countries where the quota system is more developed, having been established after the first world war. France now mandates 6 per cent and Germany 5 per cent, with penalties for larger employers which do not comply. When China enacted its own quota system in 2008 it was largely seen as a positive step towards recognising the need for workplace inclusivity.

That is because disabled people face an especially dire situation in China. Only 9m of the country’s estimated 85m disabled citizens (approximately 6.5 per cent of the country’s population) are employed, according to the China Disabled Persons’ Federation (CDPF), a state organisation.

The low numbers are a result of longstanding biases against disability. Most children with visibly evident physical or mental impairments are kept hidden from view and homeschooled, if not simply abandoned. Some 900,000 children are born each year with a disability in China.

“Families who have disabled children do not know what to do with them. Without medical insurance, they do not have the money to care for them,” says Kong Juan, who works at an orphanage in Hebei, in northern China, for children with cerebral palsy. “Twenty to 30 years ago, abandoning babies was far more common, though it is still a problem now. Every day you would open the hospital gates and find a child.”

“If I had been a normal person, I perhaps would have gone to university. But as a blind person, there are few jobs people think you can do,” says Jeff Wu, a blind masseur based in Beijing.

China’s employment quota law was barely implemented at all in its early years because noncompliant companies faced no penalty. That changed in 2015, when regulators introduced incentives for meeting the quotas. Companies that do not meet the quota now pay financial penalties based on how far they have fallen short of their obligation. These funds help support training and services for disabled people.

At present, China’s disabled population is an invisible but vast group. It does not make a sound

“More companies are now incentivised to pay attention to the law. It’s more leverage to help people find a job,” says Cyril Poulopoulos, the China director of Handicap International, the charity network that is now known in some countries as Humanity & Inclusion. “China has been rapidly making progress [on disability issues] in the last ten years.”

Yet a significant chunk of employers prefer to pay the penalty if caught, rather than hire the legally required number of workers with disabilities.

Multinationals have been hardest hit by these measures, as penalties are calculated based on the average salary within their global business rather than an average local salary, which is usually much lower.

As a result, Handicap International says it receives more requests on how to better accommodate employees with disabilities, yet the requests mostly come from multinationals with operations in mainland China or joint-ventures rather than entirely domestic businesses.

A remaining challenge is guaranteeing genuine employment and career prospects, say disability advocates. Workers with disabilities complain that companies still keep them at the lowest rung and pay them the minimum wage.

“The main thing to fight is the prevalence of the charity approach. People have always seen combating disability and charity together,” says Hervé Bernard, a director at Handicap International. Companies need to offer decent opportunities, he says, not “fake jobs just to score points”.

China has laws guaranteeing equal protection and rights for people with disabilities. However, disabled people are unable to mobilise to demand greater enforcement of them.

Mr Zhou says he has had no further problems accessing bank services while travelling around the country on musical tours. Yet other visually impaired people have told him of being routinely denied service at banks since the incident because staff prefer to avoid them.

“People do not understand the law, resulting in a lack of equal service. The implementation of the law would be the most important improvement in the near future,” he says. The problem is mobilising those who are disabled to force society at large to recognise their existence: “At present, China’s disabled population is an invisible but vast group. It does not make a sound.” 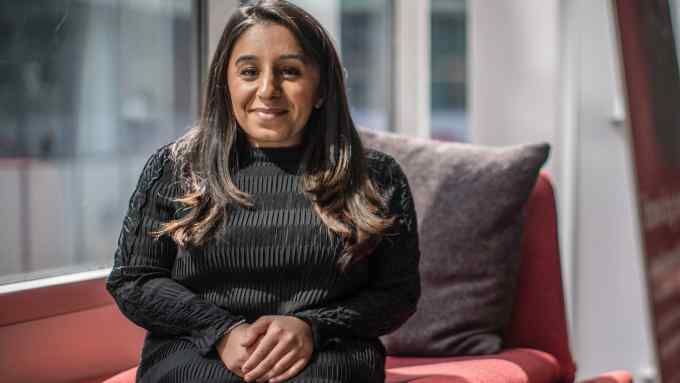