For the exchanges that run the world’s biggest and most critical financial markets, it has sometimes seemed this year’s pandemic has had little effect.

The deal was not only the largest in ICE’s 20-year history but also signalled that mergers and acquisitions, the industry’s biggest preoccupation of recent years, were back on the table. That was underlined in November when Deutsche Börse bought a majority stake in Institutional Investor Services for €1.9bn and Nasdaq paid $2.8bn for financial crime detection software maker Verafin.

The ICE deal was one Jeffrey Sprecher, its chief executive, had been working on in the background for more than a decade, he told a virtual conference for the futures industry in mid-November. He had long sought a business reliant on US interest rates, the benchmark for vast quantities of daily trading, and the deal slotted into the company’s long-term strategy of turning musty financial services into lucrative high-tech operations.

It would allow ICE to ride the transformation of the vast US mortgage market from cumbersome paper-based systems to digital ones. “It’s very much akin to what we do in futures trading in terms of the underlying technology,” he said.

That bullishness was born of a confidence that the pandemic that left many businesses in limbo had not extended to the industry that owns the main exchanges, clearing houses, benchmarks and data providers behind trading on markets. The industry sailed through the crisis. Exchanges stayed open and largely withstood the deluge of deals as markets convulsed in March and April. Margin calls to meet derivatives trades were met in all but a few cases.

For many executives and regulators, this resilience justified the push after the 2008 financial crisis to hand exchanges more responsibility for market stability. Exchanges have expanded beyond their traditional role as the host for trading, looking to take a sliver of all aspects of a trade, from supplying data and analytics to managing the risk and settling it. Electronic trading has mushroomed, as have demands for data, boosting industry profits for the last decade. Competitors find it difficult to fully replicate the complicated network of buying and selling on an exchange.

The valuations of the biggest companies rebounded to, or even surpassed, pre-pandemic levels. Companies such as ICE, MarketAxess and S&P Global, the index provider, have more than doubled in the past decade, outstripping the S&P 500 financial index and well-known financial services stalwarts such as JPMorgan, BlackRock and Goldman Sachs.

The annual value of M&A deals in the industry is the second highest on record at $21bn so far this year, behind only 2019’s total of $28bn, according to data from FactSet. Last year’s number was swelled by London Stock Exchange Group’s planned $27bn deal to purchase data and trading group Refinitiv. The 30 deals this year have surpassed last year’s total of 24, said FactSet.

Even so, the pandemic may yet have a significant impact on executives’ thinking. Trading volumes have shrunk dramatically since the market panic around the coronavirus subsided. It has exposed the stark difference in business models between those that rely on activity from trading and more diversified rivals who have extensive revenues from indices and technology.

The share prices of CME and Cboe, reliant on market volatility, have fallen by 13 per cent and 23 per cent respectively this year. In contrast the more diversified Nasdaq has risen 18 per cent and ICE has risen 12.3 per cent, in line with the benchmark S&P 500 index.

Central banks now have near-unlimited firepower to curtail sudden price movements and eruptions on markets, which has “significant potential ramifications”, says Nicholas Watts, an analyst at Redburn in London. The banks can suppress volatility and while there may be periods of high volatility, those periods will burst through longer stretches of lower-than-average volumes, he adds.

Law firm White & Case in August forecast that M&A levels in Europe would remain high as the largest businesses sought scale, volume and diversification. “Competition between market participants for the same high-value targets is likely to intensify,” it said. Most executives and advisers accept that buying national stock exchanges is politically fraught, even as the LSE aims to sell Borsa Italiana to Euronext for €4.3bn to satisfy European competition concerns over its Refinitiv deal. 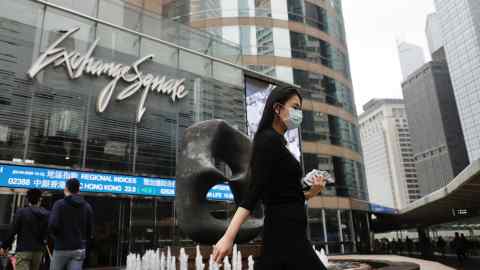 Mr Watts forecasts a steady flow of deals, large and small, in tech and data, or less technologically-advanced areas of financial institutions such as back- and middle-offices, where deals are checked and settled. “Success in weathering a major real-world stress-test in the first half of 2020 will support [exchanges’] dealings with regulators and other capital market participants,” he says.

Big-ticket deals will further concentrate the business of running capital markets among a handful of actors. At the end of 2019 total global exchange revenues were $35.6bn, according to Burton Taylor International Consulting.

The five largest exchange holding companies — ICE, CME, LSE, Deutsche Börse, Nasdaq — had strengthened their grip on the market, accounting for 53 per cent of the total and up from 50.8 per cent in 2015, the consultancy found.

For now many antitrust regulators around the world seem to be comfortable with the trend. US watchdogs approved the LSE’s purchase of Refinitiv by arguing that rivals and customers had significant bargaining power that would limit price rises or competition.

But the biggest hurdle for completing the LSE deal will be securing approval from authorities in Brussels. Alongside the coronavirus, that ruling, due in mid-January, may set the tone for M&A for many years to come.