Ford has become the first car company to embed Amazon’s voice-activated digital assistant in its cars, as hardware makers of all types rush to make the spoken word a new interface for everyday devices.

Using voice commands, Ford drivers will be able to ask the virtual assistant, known as Alexa, to do things such as read the weather forecast, play music and search for locations that are nearby, like gas stations. The feature, which the company said would be available this summer, will also let people add items to shopping lists — extending Amazon’s ecommerce reach.

Wednesday’s announcement, on the eve of the annual Consumer Electronics Show in Las Vegas, is the latest in a spate of companies turning to voice, from appliance maker Westinghouse to LG Electronics, which is using Alexa in a refrigerator.

Other companies to turn to the spoken word include appliance maker Whirlpool, which said it would bring voice features to 20 of its models this year so customers could do things such as turn up the heat in their ovens or check how far their washing machines are through a cycle with a simple voice command. 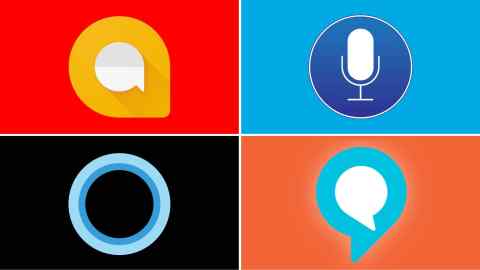 “For 100 years, people have walked up to an oven and pushed a button,” said Jason Mathew, senior director of global connected strategy. Talking to a machine instead is simpler and more convenient, he added.

Amazon’s Alexa was first introduced as the “brains” inside the Echo, the company’s smart speaker that is designed to respond to voice commands and act as a hub to control smart home appliances. It has since released the technology for other companies to embed in their products, an approach that has been followed by Google and Microsoft.

“Amazon has made significant inroads and has an early mover advantage there,” said Mr Goertz.

For now, most hardware makers looking to take advantage of voice commands are linking their devices to the Echo, rather than building voice capabilities (and microphones) into their own hardware. Whirlpool users, for instance, would have to instruct the Echo to turn up the heat in their oven, rather than talk to the appliance directly. However, Mr Mathew said the company was exploring whether to embed speech recognition directly into its devices. 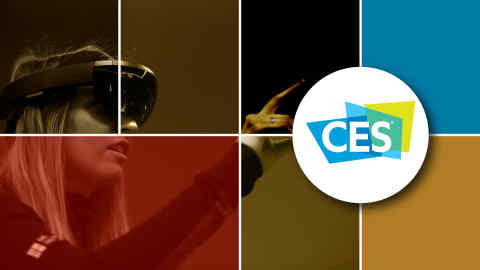 In the consumer electronics world, the prospect of a simpler, voice-activated interface has also raised hopes that more consumers will turn to devices that have so far failed to live up expectations, such as smart-home gadgets like locks and “wearables” such as smartwatches.

“Alexa has . . . revived interest in the smart home, a hotly tipped category a few years ago that has struggled to win over consumers,” said Shawn DuBravac, chief economist at the Consumer Electronics Association. “Makers of lights, thermostats, cars and even door locks have already integrated their devices into Amazon’s platform.”

However, the smart-home market is still bedevilled by the difficulties of setting up networks of devices within the home so they can easily communicate, said Mr Goertz.

Ford’s Amazon partnership will let its customers issue commands to their cars from inside their homes, provided they have an Amazon device. The capability will be introduced first for electric car owners, who will be able to start or stop their engines or check their battery levels from indoors.