When Valery Demure visited a jewellery fair in Mumbai before the pandemic, there was one local brand that stood out. She liked everything she saw from Moksh, whose pieces showcased techniques including micro pearl weaving. “You could tell there was a desire to expand outside India and also to convey a more contemporary India,” says the jewellery curator and consultant.

So, next week, Demure will show Moksh’s designs in Europe for the first time, when the PAD London design fair returns to Berkeley Square.

The brand is among a “new wave” of contemporary designers from India that are reimagining the country’s centuries-old jewellery heritage, which has long influenced Western design, to create bold new styles for an international clientele. “You have a new guard of Indian designers,” says Demure, known for spotting new talent. “It’s only starting, but it’s quite exciting.”

Christie’s is showing six pieces by Neha Dani, who has her own stand at PAD London for the first time this year, in its private sales salon in London. The New Delhi-based designer draws on India’s tradition for detailed handicraft and coloured gemstones — Jaipur is the world’s lapidary capital — but is keen to bring her own perspective to jewellery. This includes using titanium, which she says gives her “freedom to explore” larger designs, as she is not restricted by the weight of the metal, and to create “another palette of colour” by anodising it.

Phillips held a selling exhibition of about 40 Santi pieces in London last month, the first time the brand’s jewellery had been shown publicly. The pieces by Krishna Choudhary, who launched his first designs in London in 2019, were displayed alongside the historical Mughal jewels and objects from his family’s collection that inspired them. His gem-set titanium jewellery draws on traditional Indian architectural and decorative motifs including paisley.

“He honours his family legacy and tells his beloved story of Indian jewelled arts through the filter of his individual vision of modernity,” said jewellery historian Vivienne Becker, exhibition co-curator, in publicity ahead of the sale. “He has become a leading exponent of a new wave of excitingly innovative Indian jewellery.”

Benoît Repellin, worldwide head of jewellery at Phillips, says Choudhary’s use of old stones, which are “very hot on the market” at the moment, such as carved emeralds and old cut diamonds, appeals to clients. “It adds more charm and one can feel the story behind it,” he says.

He credits jeweller Viren Bhagat, of Mumbai-based Bhagat, with giving “more visibility to contemporary Indian jewellers in a broader market”. Bhagat’s pieces have been displayed in museums worldwide and were part of Christie’s $109.3mn sale of Indian jewels and jewelled objects from the Al Thani collection in 2019.

“Viren has his very distinctive, Deco-inspired Indian jewellery style,” says Rahul Kadakia, international head of jewellery at Christie’s. “There’s always an inspiration which leads back to India, but his jewellery is not just Indian, in that you can wear it anywhere. That is the magic.”

India has been an important global influence in jewellery because it is “culturally ingrained in the country”, says Kadakia. As the recent exhibition, Cartier and Islamic Art: In Search of Modernity, at the Dallas Museum of Art showed, stones and techniques from India inspired the jeweller in the early 20th century.

“In a lot of instances, it was with Indian clients in mind that [French houses] produced jewels that had a particular Indian element to it and yet were very Deco,” says Kadakia.

This is something that New Delhi-based jeweller Hanut Singh knows only too well: his grandparents, Maharaja Kumar Karamjit Singh and Maharani Sita Devi of Kapurthala, took their stones to French houses in the 1920s and 1930s. As an untrained designer, Singh says the resulting jewellery by the likes of Cartier was his “study field”. 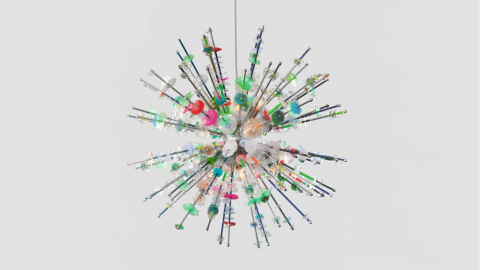 Singh, who counts Madonna and Beyoncé among his clients, is represented by Parisian dealer Karry Berreby, who also shows work by Mumbai jeweller Estaa in her eponymous gallery. She has noticed “more and more” interest in contemporary Indian jewellery from customers in Europe and the US because of its versatility.

“The Indian jewellery pieces you can wear with a long black dress or with jeans,” says Berreby, who exhibited jewellery by Singh and Estaa at PAD Paris in April.

Most of Neha Dani’s clients are based in the US, Europe or the Middle East. She says that, as the younger generation steps into the Indian jewellery industry, there are more designers emerging.

“Everybody’s experimenting, deviating away from the traditional motifs and traditional Indian jewellery,” she says. “They’re bringing in their individual flavours. I think there’s going to be a lot more designers in the coming years coming out of India.”