London fights back after Brexit trading win for Amsterdam

In Amsterdam, confidence was always high that the city would win from Brexit. From summer 2017, a stream of stock and bond trading venues that had instinctively chosen London as their EU base began turning to the Netherlands instead. The Dutch markets regulator even upgraded its surveillance systems in anticipation of an influx of business.

And, in January this year, when the Brexit transition period expired, that shift became a reality overnight. Owing to regulatory restrictions, EU shares worth billions of euros a day that were normally bought and sold in the City of London had to be traded on venues such as Cboe Europe and Turquoise — marketplaces set up as a hedge against Brexit disruption. Amsterdam instantly took London’s crown as Europe’s biggest centre for share trading.

“While it was easily foreseen, it still caused a stir,” said Douglas Rediker, founding partner of International Capital Strategies and a former investment banker, at an event held by the Peterson Institute for International Economics in April. “In and of itself, it didn’t create a huge impact in employment. But it did poke a hole in the story that London could never be replaced.”

There were other significant but less anticipated shifts. Euro-denominated sovereign debt and swaps deals — all executed and booked in London before Britain left the EU — also moved to Amsterdam to ensure a legally compliant home.

As the dust settles, the UK government seems keen to reaffirm London’s status as a global trading hub, portray itself as open to international investors and cut a path away from what it sees as restrictive EU rules.

The Brexit experience has been seen as disruptive . . . in industry as it threatens business decision-making

At the Peterson event, Katharine Braddick, head of financial services at the UK Treasury, said Britain had the same interests as before Brexit but was “very keenly aware” it needed to re-establish a clear sense of values for financial services. “The Brexit experience has been seen as disruptive . . . in industry, as it threatens business decision-making.”

Amsterdam may build on its early gains, however. A rift between London and Brussels over the trading of euro-denominated swaps has widened since the start of the year. Traders negotiating in the over-the-counter derivatives market have been forced to book their deals in New York and Amsterdam to meet regulatory requirements. Now, Cboe Europe is set to launch a derivatives exchange in Amsterdam in September, to shake up Europe’s options market.

At the same time, the Dutch Authority for the Financial Markets (AFM), the national regulator, intends to use Amsterdam’s new position as one of the biggest EU financial centres to influence policy in the bloc. It advocates a market-friendly approach — a stance that was pushed by Britain when it was in the EU.

Last year, AFM urged EU regulators to fix rules on transparency in the fixed income and derivatives markets. Then, in May, it backed an industry effort to build a consolidated tape — a single, near real-time record of trade prices — for the bond market.

But London’s heft is still felt throughout Europe. Amsterdam’s Brexit gains have largely been restricted to companies whose primary business is facilitating trading, such as CME Group, London Stock Exchange Group, Tradeweb, MarketAxess and Bloomberg. Brokers negotiating deals might be booking the trades in Amsterdam or New York but they still sit on loud trading floors in London.

Amsterdam’s position as the new leading centre of share trading in Europe may prove shortlived, too. The return of Swiss share trading to London — a change made possible by the UK’s departure — has narrowed the gap. Amsterdam traded €10.7bn of shares in March against London’s €10.6bn.

A UK commitment to exploring further rule changes, now it is free from meeting EU requirements, may bring more trading to the City. Britain has already confirmed that it will end the restrictions that cap the amount of share trading on private marketplaces, known as dark pools.

In addition, the UK will scrap EU rules that determine where investors can trade stocks, known as the share trading obligation. That could hurt EU fund managers. With UK asset managers potentially allowed to trade wherever they see fit, a report by Liquidnet, a dark pool, concluded: “European asset managers will be potentially at a disadvantage, excluded from pools of liquidity.”

European asset managers will be potentially at a disadvantage, excluded from pools of liquidity

Liquidnet noted that three quarters of the trading on its venue was between UK and non-EU institutional investors.

Other rule changes are planned by the UK, including making it a stronger venue for listing so-called ‘blank cheque’ special purpose acquisition companies, and more flexibility for dual-class share structures which give founders additional voting rights after a listing.

Both policies have competing with Amsterdam in mind. As Laura van Geest, chair of AFM, said in March: “The UK is changing its rules to get more aligned with ours, I would say.”

But the transfer of trading to the Netherlands is unlikely to act as a magnet for other types of financial services activities, post-Brexit. Dublin was the biggest winner, overall, in terms of attracting business from the UK, according to a study by New Financial, a London think-tank. Paris, Luxembourg and Frankfurt also came in comfortably ahead of Amsterdam

The headline of this article has been amended. 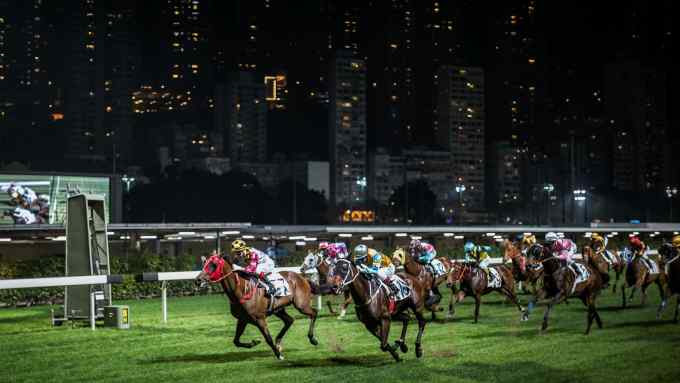