Compliance checks come with the territory

Landing a dream job that pays $1mn-plus a year can be financially transformative. But, for many professionals, it also involves negotiating a growing number of barriers to managing this wealth.

Strict rules designed to handle conflicts of interest and combat insider trading are resulting in increasing scrutiny by compliance departments over employees’ investment choices. These rules affect thousands of individuals, including people working in financial services, government departments and at law or audit firms — and the more senior the executive, the stricter the rules.

The requirements for taking up some jobs can feel intrusive and involve orders to supply detailed information on personal holdings and those of family members — even those with whom an employee may have little contact. It can also result in orders to sell.

Many executives accept the rules as part of the price of a highly paid job. However, others resent the level of supervision. One exasperated post on a Reddit thread reveals the frustration of trying to invest if you work for of one of the Big Four audit firms, EY, PwC, Deloitte or KPMG: “I agree if you are directly involved on a client [audit] you shouldn’t be able to trade that company’s stock. But it’s ridiculous that I can’t trade any stock on any company we audit when I am not on that engagement, let alone in audit or tax at all.”

Another post by a disgruntled partner of someone who works at KPMG attracted 144 comments before Reddit’s legal department shut it down: “I do not understand why, me, [her] partner, has to give all my stock purchase details to her company. She also says I have to sell the stock of a company even if she’s not working with the client (the stock I own) but if the client is doing business with KPMG.” They add: “Is this really mandatory or are there any workarounds [for] this?”

KPMG says that, as it is a regulated firm, employees and partners must understand their obligations, including those extending to family members. 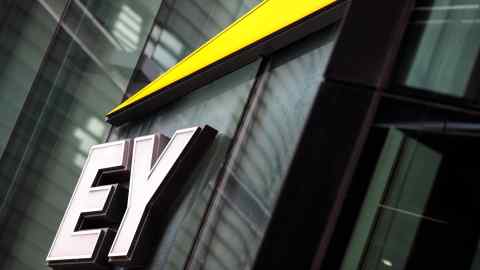 These rules can seem especially draconian if the employee is accustomed to more permissive arrangements. “I recently moved to Big Four from a middle-market firm. The independence shit is annoying as hell. I can’t do rapid-fire stonk [share] trading as easy as I used to,” says another contributor to the thread.

“Independence” refers to the independence rules — part of a legal framework that requires individuals to show they could not benefit from knowledge gained from relationships formed in their work. The penalties, even for those who can prove they had no ill intent, can be harsh — typically instant dismissal.

The rules might come as a surprise to newly appointed senior executives and their families, but legal restrictions have been in place for decades. The US Insider Trading Act came into effect in 1988 after several high-profile market abuse cases and provides for hefty fines, and even jail terms, for those found guilty. In the UK, insider dealing was made a criminal offence in 1980, and further legislation, including the Criminal Justice Act of 1993, has tightened rules and increased penalties. For employers with global operations, stricter regulations in multiple jurisdictions create a particularly onerous burden.

KPMG says it now uses a web-based independence compliance system to assist high-ranking staff. This provides an investment inventory and a tracking mechanism for reporting acquisitions and disposals. It will identify and report impermissible investments and other non-compliant activity — for example, late reporting.

Deloitte has gone a step further for staff employed in the UK, where it now requires all new investments for senior employees to be transacted via an investment provider or platform listed on its own panel. “We have various regulatory responsibilities associated with fulfilling our independence obligations,” Deloitte says.

Tyler Gellasch, chief executive of the Healthy Markets Association, which lobbies for greater transparency for investors, is unapologetic in defending the regulations. Having previously worked as a regulatory defence lawyer and served on the staff of the US Senate, where he helped draft the Stock Act (Stop Trading on Congressional Knowledge Act), he believes there should be no tolerance of any bending of the rules.

“The deterrence effect of having all of these compliance policies is enormous,” Gellasch says. “If people are tempted to insider-trade in their personal accounts, knowing that their compliance office is going to see it often squelches their ill-advised ideas.” It is not unheard of for companies to employ private investigators if they believe there has been a breach, he says.

Gellasch points to a “typical” personal account dealing policy prepared by asset manager Janus Henderson Investors. “At all times, the interests of clients, in this case Janus Henderson funds and client accounts, take priority over your personal investment interests,” the policy states.

The demands on a newly employed individual are stated very clearly. Within 10 calendar days of their start employees must disclose all relevant holdings, including those held by their spouse or equivalent partner, their children and any other adult living in the house or to whom they provide financial support.

Minimum holding periods for newly purchased investments range from seven days for exchange traded funds (ETFs) to as long as six months for some other securities, except where this restriction could “cause undue financial hardship” — in which case, the employee can apply for an exemption. Pre-trade clearance must be sought, unless the transaction is considered to be exempt.

“Please be aware that your ability to liquidate positions may be severely restricted under the policy, including times of market volatility,” the policy states.

Janus Henderson is just one of thousands of organisations that have drawn up these policies. The requirements vary but are generally acknowledged to be strictest for auditors.

Executives often chafe at the burden. “It used to be a massive pain in the arse,” says a former employee of a UK wealth management company. He recalls that the richest employees would use wealth managers to deal with not only their financial affairs but also their relationships with their compliance departments.

But for other, less senior staff, who perhaps cannot afford those services, compliance is more onerous. Even when they work in positions that do not require pre-trade clearance for personal dealings, it can still be time-consuming to send a piece of paper to compliance for every transaction.

“In any profession that’s highly regulated, you get that dread of ‘Oh no, what do I have to do now?’ when you get the email from compliance,” says Kathy Whatmough, investment and pension consultant at Rice Whatmough Crozier, which provides investment services, including for employees of Deloitte.

Where there is pain, though, there can also be gain for financial services companies that offer ways to smooth the process. In the US, there are longstanding arrangements with brokers that employees can access so that electronic feeds on trades and holdings are piped directly to their compliance departments.

For employers with particularly strict rules, however, the requirement for pre-trade clearance has spawned another industry: the provision of preapproved investment services with automatic reporting.

Evelyn Partners is one of several companies that provide these services in the UK. “It’s what we call a walled garden,” says Leon Buckley, managing partner at Evelyn. “What’s really interesting is that the breaches [of conflict of interest regulations] we’ve seen historically are usually genuine accidents. The market is huge and growing and [these walled garden services] are to everybody’s advantage.”

You get that dread of “Oh no, what do I have to do now?” when you get the email from compliance

Nutmeg, an online provider of managed portfolios constructed out of ETFs, has also spotted the opportunity. Realising that its standard service would still be off limits for employees of some big audit firms, it now offers compliant portfolios for two of the Big Four: KPMG and Deloitte. “We realised relatively early on that our managed portfolios could provide a solution for many clients that eased the occasionally burdensome independence compliance requirements for individuals,” says James McManus, chief investment officer at Nutmeg.

StashAway, a digital wealth management platform serving clients in Singapore, Hong Kong, Dubai, Malaysia and Thailand, says it works with the compliance teams of “multiple regulated entities” and has received the green light for their employees to use its platform “due to the discretionary nature of our portfolios, and ease of reporting”.

But instances of employees being made to use employer-nominated investment providers might be leading to what one industry observer privately calls “mission creep”. The former consultant, who does not want to be identified, says the rules are shrinking investment choices for employees.

However, as regulators around the world try to tighten rules, it is unlikely that regulations for people working in financial services will be relaxed any time soon. Quite the opposite — they may even be widened to other sectors.

For transparency campaigner Gellasch, it is all about removing temptation. “You’re more likely to jaywalk if you think you can get away with it,” he says. 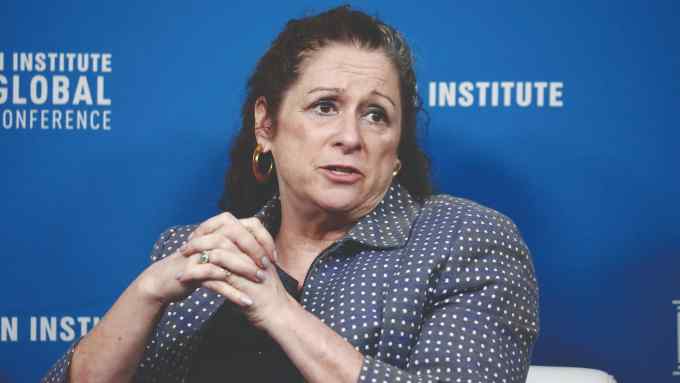