The art of mergers and acquisitions: to blend or bulldoze?

If there is one truism in mergers and acquisitions, it is this: the success of the deal depends on the success of the integration process. This, in itself, hinges on the fit between the two companies’ cultures ­— particularly with the dreaded “mergers of equals” ­­­— and the amount of preparation that goes into the deal.

Although big companies have improved their integration skills, about half of acquirers underperform and staff affected by the process suffer from disruption and anxiety. Furthermore, the critical question of how quickly and how far the integration should go remains open for debate.

The answer seems to have shifted over time. US technology group Cisco was once the champion of rapid integration, but it has gradually become more inclined to maintain the identity of its acquired companies.

There are still examples of take-no-prisoners integrators, however — global brewer Anheuser-Busch InBev is a prominent example. Vicente Falconi, the Brazilian consultant and longtime adviser to the group, once told me that the arrival of InBev managers at Anheuser-Busch, after the Budweiser-maker’s takeover in 2008, was “like a military disembarkation”. Efficiency and margin improvement were the occupiers’ objective. 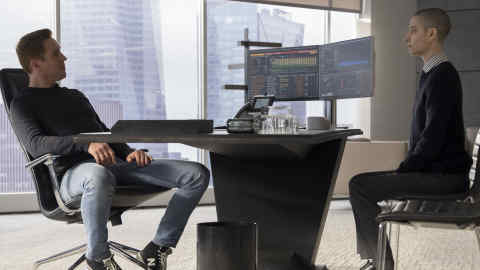 I was intrigued recently to hear two accounts of how, and why, businesses should be kept separate from their acquirer. One came from Ed Catmull, co-founder of animation studio Pixar, which was bought by Disney in 2006. At the Global Peter Drucker Forum — the international management conference — in Vienna last year, Catmull said the studios were kept separate even though “almost everybody thought we shouldn’t do this because . . . we would be spread too thin”.

While Disney wanted to benefit from the magic that Pixar knew how to create, the need to preserve the unique culture of the smaller company (brilliantly described by Catmull in his book Creativity, Inc) was paramount.

The managers laid down two precepts. First, the studios should not do production work for each other. “You could beg, borrow and steal ideas from the other, but you didn’t have to,” Catmull said. Second, Disney should cultivate two studios that liked each other, but that preserved a competitive spirit. The cost of having two administrative functions was minor compared with the benefit of maintaining the intellectual and creative spark, he claimed.

In very innovative and service-oriented industries, the key is the intangible human capital

The second case study came from entrepreneur Adam Cheyer, co-founder of Siri, which was acquired by Apple in 2010 and became the voice of the iPhone. Cheyer is a veteran of several takeovers of fast-growing small companies by larger organisations. The motive for ringfencing such businesses after completion is to protect them from the rest of the group’s interest in the new purchase, he told the Drucker Forum.

Cheyer’s small group of developers dealt with inquiries from their bigger parent using APIs (application programming interfaces) and shared documents because otherwise they would have been overwhelmed by requests to meet and discuss their pioneering technology. “Treat the [acquiring] company as an outsider,” he said.

Highly specialised companies such as these may be exceptions to the rule that, over time, an acquirer is bound to draw its acquisitions closer to the mother ship.

Nuno Fernandes, professor at Iese Business School in Barcelona and author of The Value Killers, a book about M&A success (and failure), says acquisition tactics fall on a spectrum from “bulldoze” to “leave alone”.

“In very innovative and service-oriented industries, the key is the intangible human capital,” says Prof Fernandes. “If part of the value of the deal is knowledge-sharing, you have to think about how to integrate.” In this case, merging too rapidly could be damaging.

But if companies decline to do any integration, fund managers will wonder why the parent company thinks it is better at doing their job of managing a portfolio of assets.

Prof Fernandes says the crucial question acquirers should ask is: what is the source of value in the deal?

Close integration suited the AB InBev deal because the goal was improved efficiency (although the group still boasts about individual cultures and retains “master brewers”). With Disney-Pixar, the aim was to improve the creativity of the whole. In such circumstances, to quote Catmull, “the notion of forcing best practice is a huge mistake”.

Heads of acquired companies have a duty to act as intermediaries between parent and new subsidiary, which may involve setting up a ringfence, as Cheyer did. It could also mean a new title at the parent and a voice at the boardroom table. Entrepreneurs may not care about the trappings of corporate life or wish to attend bureaucratic meetings organised by their new masters, but they will want to have the right to be there when decisions are made about whether or not to bulldoze their beloved babies.