Wuhan has reported its first cluster of new Covid-19 infections since the relaxation last month of a strict quarantine in the Chinese city, where the coronavirus was first detected.

The setback occurred just over a week before China’s parliament was scheduled to convene in Beijing for its delayed annual session, which is usually held in March.

The new infections also coincided with a sharp uptick in new cases in South Korea, where the government’s successful efforts at containing the disease since late January had been hailed as a global model.

According to Wuhan health authorities, the five cases were discovered on Sunday in a single residential community and linked to an infection reported a day earlier — the first confirmed in the city since April 3. The state council dispatched an inspection team to Wuhan on Sunday and said in a statement that “we cannot ruin the results of what we’ve achieved”.

People in Wuhan and surrounding Hubei province had been barred from leaving their hometowns from late January until April 8 and March 25 respectively. The lifting of restrictions signalled a shift in the Chinese government’s focus from combating locally transmitted cases to ones “imported” from abroad, mostly by returning Chinese nationals.

Chinese authorities have banned almost all foreigner arrivals, including longtime residents of the country, since late March.

But there have been concerns about the possible re-emergence of locally transmitted clusters, especially by asymptomatic carriers of the disease. The five new confirmed cases in Wuhan were previously classified as asymptomatic.

Clampdowns after clusters emerged in different parts of China would probably be the “new normal”, said Xi Chen, an expert on public health at Yale University. “There is definitely a lasting concern about resurgence.”

The Wuhan cluster cases were among 17 new infections reported in China on Monday. Seven of the other cases were “imported” on a flight to Beijing that stopped in Inner Mongolia’s Hohhot for screening, Chinese state media reported. The remaining five were local transmissions discovered in north-east China.

The 10 locally transmitted cases were the highest daily total reported since early March. “This reminds us we need to stay on high alert,” said China’s National Health Commission.

Two north-east provinces, Heilongjiang and Jilin, share borders with Russia and North Korea and have emerged as hotspots for imported cases over recent weeks.

On Sunday the Chinese Communist party’s top official in Jilin province called for a “wartime footing” after a cluster of Covid-19 infections was discovered in the city of Shulan, near the provincial capital.

In South Korea, the mayor of Seoul, Park Won-soon, said at least 85 confirmed infections were linked to a man who had visited nightclubs last week. Mr Park shut the city’s bars and nightclubs over the weekend and officials are trying to track down about 5,000 people who visited clubs and bars in Itaewon, a popular nightlife district in the capital, during that period.

Education officials said they had been forced to delay the reopening of schools planned for this week.

South Korea has enjoyed widespread international praise for its mass testing, high-tech contact tracing and social distancing measures to combat what was, for a time, the worst outbreak outside of China before the disease began to spread rapidly across Europe and the US in March. 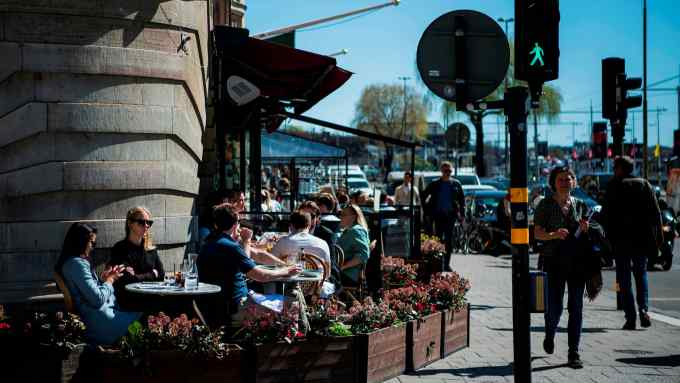