Investors have raced to buy and sell bitcoin-linked securities on both sides of the Atlantic, with one German exchange traded product garnering trading volumes matching Europe’s most popular funds.

BTCetc Bitcoin Exchange Traded Crypto (BTCE) has recorded average daily trading amounting to €57m in the first 11 days of January, according to data from Deutsche Börse.

A similar trend has taken hold on Wall Street. Grayscale’s Bitcoin Trust, which like its German counterpart tracks the price of the digital currency, has posted average daily turnover of almost $1bn in the first two weeks of this year, amounting to more than nine-times the average in 2020, Bloomberg data show. Its assets under management have boomed to $23bn from $17bn at the end of December and $2bn at the start of 2020.

The sharp rise in trading in the securities highlights how investors are increasingly looking to gain exposure to or bet against cryptocurrencies on traditional markets rather than buying the digital currencies outright.

The trading surge in BTCE this year — a sharp pick-up on the €15.5m daily average in December, the previous record — comes following a tenfold rise in the price of bitcoin since March to a peak of $42,000 earlier this month, before it gave back some gains.

Stephan Kraus, head of Deutsche Börse’s ETF segment, said the structure of the BTCE exchange traded note, which eased the regulatory concerns and counterparty risk involved in trading bitcoin, had “increased the appeal of cryptocurrency investments for institutional investors”, which can trade without needing to set up specialised digital infrastructure or use an “unregulated crypto platform”.

Deutsche Börse’s trading data show a number of trades above €30,000, which the group said were unlikely to be from day traders or other retail investors.

Bradley Duke, co-founder and chief executive of ETC Group, the issuer of BTCE, said he thought institutional investors were starting to buy the cryptocurrency as a “safe haven”.

“Bitcoin has always had a retail groundswell, people who have an interest in technology, and it was seen as a ‘wild west’ investment. That has really changed in the last six months,” he said.

“Coronavirus has played a part in that. It’s starting to look like an attractive alternative to currencies that may be devalued by the stimulus packages. The packages are needed but there are real concerns they may set inflationary forces in play.”

Still, the cryptocurrency market has remained dominated by retail traders and more speculative firms including hedge funds, as opposed to traditional money managers such as pension funds, which remain nervous about bitcoin’s intense price swings.

The UK’s Financial Conduct Authority has banned the sale of cryptocurrency-related derivatives, including exchange traded notes, to retail investors. It also this week renewed its warning that anyone investing in crypto assets “should be prepared to lose all their money”.

Christine Lagarde, president of the European Central Bank, on Wednesday called for global regulation of cryptocurrencies to help combat their use in “totally reprehensible money laundering activity”.

Also on Wednesday, ETC Group listed similar exchange traded notes denominated in dollars, sterling and Swiss francs on SIX, the Swiss exchange, with Mr Duke saying more products would be launched “in the next few weeks” based on other cryptocurrencies and a basket of cryptos. 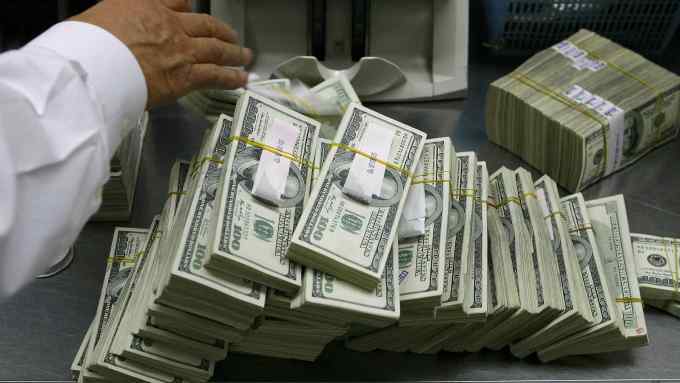