World-renowned movie industry takes a back seat during the pandemic

Politics, money and sex. Millions of Iranians tune into streaming services every Friday to watch another episode of Aghazadeh, a political thriller series which highlights nepotism in an Islamic republic founded on the ideal of social justice.

At a time when cinemas and theatres have closed their doors because of the pandemic and given that state television does not have much to offer, internet platforms have become Iranians’ favoured source of entertainment.

Aghazadeh — or noble-born — is the story of Nima Bahri, a typical official’s privileged offspring who has been put on trial in an anti-corruption campaign.

With no sympathy for the system’s ideology but benefiting from his stepfather’s political connections, he has established a complex business and banking network.

Mr Bahri conducts his businesses by throwing parties in luxurious villas where normally banned alcohol and drugs are served, western music like the Eagles’ Hotel California is played and young women are set as honey traps to manipulate influential people including judicial officials.

“There is only one law: to win,” Mr Bahri says in one episode. “Even big figures fall down as soon as they see money.”

Aghazadeh was released in late June and is being shown on Iran’s top streaming services, Filimo and Namava which attract most of the roughly 2m subscribers on the country’s streaming platforms, according to Mehdi Yazdani, managing director of Namava.

“Our audience increased by up to four times in April [the first peak of Covid-19] compared to March as online screening became the best solution to entertain people,” said Mr Yazdani. “If these platforms had not existed, the film industry could have faced a big disaster both in terms of its income and audience.”

Producers say there is still a big gap between investments and income. Hamed Angha, a writer and producer of Aghazadeh, said his series was “a response to public calls for a fight against corruption” and the most-watched show on these platforms. “However, the income from online platforms is still lower than investments made in series or movies. It needs to reach a balance.”

He did not clarify how much Aghazadeh had cost to make but confirmed it was with “co-operation and investments” of Owj, a cultural centre affiliated to the Revolutionary Guards. Analysts see that support as a clear bid by the hardline guardians of the Islamic regime to help release pent-up public anger.

Top commercial movies — which can cost around $500,000 to make in Iran — earn hardly any money from on-demand video services. In a country with a world-renowned cinema industry, best known for its realistic genre, producers have postponed screening big movies for fear of nursing big losses.

Duet, starring leading actors, was screened for only six days before cinemas were shut down to curb the spread of Covid-19. It has since been shown on streaming services but without the same kind of large numbers enjoyed by series like Aghazadeh.

The film’s director Navid Danesh said Duet focuses on the complicated love lives of two young couples who struggle with their past and was made at a slow place to “hypnotise” viewers — an effect that is lost when viewers watch it at home.

“The audience now seeks light and entertaining movies which either help them ease psychological pressure or reflect their economic pains,” he says. “Watching Duet . . . makes people [who struggle with economic hardships] angry because they say: ‘At a time I cannot pay my rent, this film is making me confront my past painful memories!’”

Going to the cinema has long been one of the most affordable and popular forms of entertainment for many middle-class Iranian families in the absence of bars and dancing clubs.

Sajjad Norouzi, managing director of state-owned Azadi, a five-screen multiplex which is the country’s second largest cinema business, predicts Iranians will return once the pandemic is over. “We are like soldiers who are stuck in the battlefield shooting our last bullets,” he said. “Nonetheless, the cinema industry will survive in the long run as big directors will not accept online screening.”

For now, suffering a fierce combination of economic crisis and coronavirus, viewers are showing a marked preference for comedies and real-life stories. Amir Bahri, the stepfather in Aghazadeh is corrupt and lives with a mistress in a sumptuous mansion — all taboos in the Islamic republic — and fears the reckless behaviour of his stepson could cost him dearly.

An overweight technocrat and an ideologically-motivated fighter during the war with Iraq in the 1980s, he keeps up the religious look and revolutionary rhetoric that helped him become a minister in the first place.

“I’ll do whatever I can to stand up against corruption which is a far more dangerous enemy [than foreign foes],” Amir Bahri tells parliament, before gaining a vote of confidence. Later on, however, he shoots his mistress dead in a scene which reminded viewers of a 2019 scandal, when a reformist former mayor of Tehran killed his second wife, apparently after realising she had been spying on him.

In the TV series, the father and son are challenged by another ‘noble-born’, Hamed Tehrani, a dedicated intelligence agent and son of a senior security figure, who has vowed to bring Mr Bahri to justice. Hamed has also been prey to a honey trap, but one that has led to passionate love.

Fatemeh, a 62-year-old pensioner, said that while she found the 28-part series was entertaining, she expected it to conclude on January 1 with the intelligence agent demonstrating there was no institutional corruption in Iran. “I bet it will finish in such a way that will whitewash the system by saying only some figures were corrupt.”

Get alerts on Streaming services when a new story is published 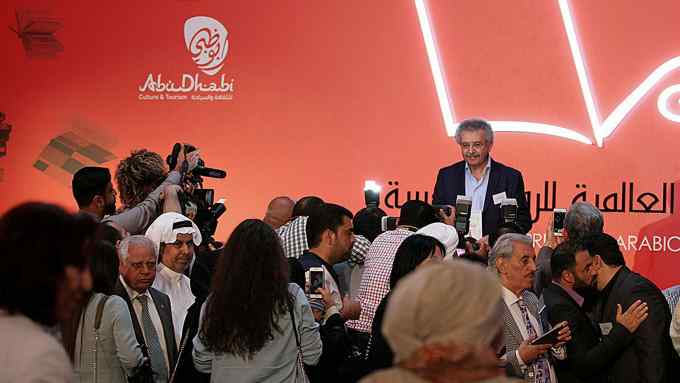