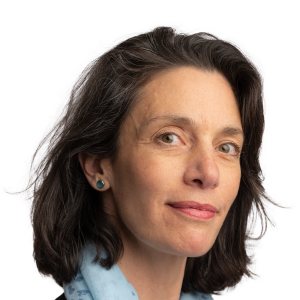 With just days to go before the referendum on the UK’s EU membership, this year’s garden party at the British embassy in Paris was no ordinary pince-fesses.

Under the rules of purdah — in the original Persian the name of the curtain used to hide women from men’s inquisitive eyes but, in modern British diplomatic dialect, the quiet period preceding elections — the UK embassy has symbolically put on a mask of neutrality in the run-up to the vote. Members of the administration have been instructed to avoid “any activity that could call into question their political impartiality”.

For Sir Julian King, the new ambassador to France, it would be difficult to dodge the sought-after get-together hosted annually in the 18th-century Hôtel de Charost, a short walk from the Elysée Palace. It would also be hard to avoid the questions of curious guests.

Like it or not, the referendum was on everyone’s mind and part of nearly every conversation. Under stormy skies, a sense of foreboding seemed to be brewing, pushing guests to seek comfort in fish and chips — and champagne.

Heels sinking into the impeccable lawn, Franco-British couples moaned about the trouble the debate had brought their families. Kate and Elisabeth, both married to Frenchmen, revealed irreconcilable positions between their parents back in Britain and their French gendres, or sons-in-law. They shared their worries at the prospect of their other halves not being able to work and travel between the UK and France as easily should Britain vote to leave the EU.

“I tell my mother that Emmanuel wouldn’t be able to work in the UK if we want to move back,” said Kate, a former lawyer turned fashion entrepreneur. Sipping champagne quietly beside her, Emmanuel, a corporate lawyer, seemed to have entered purdah too.

Elisabeth, a writer, lamented her parents’ nostalgia. “It’s all about a bygone era,” she said, noting that the In campaign focuses too much on the negative economic effects of a Leave vote. “They should run an emotional campaign, too,” she suggested. But no one in the group could immediately recall any emotional moment in the joint history of the UK and the EU since the second world war.

Several members of the French government made an appearance to show their solidarity with David Cameron, UK prime minister, who is leading the Remain campaign. They included Harlem Désir, junior minister for European affairs, and Ségolène Royal, energy minister and the former partner of President François Hollande. She was accompanied by her diplomatic adviser, who not so diplomatically said that, in the event that the UK decided to leave: “Honestly, I think it would hurt you more than us.”

This view is not widely shared among the Parisian elite, which frets about the unknown consequences of a Brexit on the French economy. There is also concern about the potential boost to Marine Le Pen, the anti-EU leader of the far-right National Front, who is riding high in the polls a year before presidential elections.

The French as a whole emerged in an April survey as the Europeans who would shed the fewest tears if the British were to vote to leave the bloc, yet even they have had second thoughts lately. Some 62 per cent now want the UK to remain in the EU, according to an Elabe opinion poll published in Les Echos last week. While 14 per cent believe the EU would work better without the UK, 27 per cent fear it would impede the functioning of the bloc, according to TNS Sofres, another pollster.

Meanwhile Sir Julian was, conveniently, nowhere in sight. “Stuck in a delayed Eurostar,” the embassy’s staff alleged, on his way back from London where he had attended a bilateral meeting between Philip Hammond, the UK foreign secretary, and Jean-Marc Ayrault, his French counterpart. To many guests, it looked like a canny move. “Is the ambassador making a hasty Brexit?” wondered Kate.

Sir Julian materialised in the garden about 15 minutes before the end of the party, just enough time to shake some hands and have a few pictures taken for the embassy’s Twitter feed. Purdah had been masterfully preserved.