Investors are betting that the world’s shift towards electric vehicles and renewable energy will create a supercycle in the price of metals essential for building batteries.

Shares in the Global Lithium and Battery ETF have risen about 170 per cent over the past year, while producers of lithium, a battery metal, have raised more than $2bn from investors during the past few months. Some of the most prominent names in the mining industry, such as Mick Davis and billionaire Robert Friedland, have also launched funds to invest in the sector.

The surge in investor interest reflects the growing realisation that government pledges to reach net zero emissions of greenhouse gases by the middle of this century will demand huge quantities of battery metals.

“It’s a gold rush on steroids,” said Simon Moores, managing director of Benchmark Mineral Intelligence, which tracks the battery supply chain. “You’ve got the emergence of this green revolution where you have to build infrastructure from scratch. It’s not just China this time, it’s North America at the same time as China, and Europe at the same time as China.”

Analysts at Goldman Sachs, JPMorgan and elsewhere have predicted that a shift to a green economy will create another “supercycle”, or period of rising commodity prices, similar to what occurred at the beginning of the 2000s, when China’s economic growth took off.

The amount of global spending needed to build clean energy infrastructure, from electricity grids to electric vehicle charging stations, could put the China-centric spending of the previous decade “into the shade”, according to Jim Luke, a fund manager at Schroders. “Something sustained and dramatic could be taking place,” Luke said.

Last month Mick Davis, the former boss of nickel and coal miner Xstrata, launched a fund, Vision Blue, to invest in battery metals. It has raised £75m and has already invested $30m in a project in Madagascar to produce graphite for lithium-ion batteries.

Davis is targeting investments that are near production or late-stage exploration and says demand in this supercycle is much more assured than last time, when China’s industrialisation propelled metals and oil to record high levels.

“I benefited from the large secular change in demand from China’s industrialisation,” he said. “But this is coming about because of government regulations — you don’t need to make an assumption about [economic] growth. There is structural growth and governments will ensure it will happen.”

In January Friedland, who is developing a copper mine in the Democratic Republic of Congo, raised $276m for a special purpose acquisition vehicle that is looking for targets involved in the shift away from fossil fuels.

“The proliferation and growth of the electrified economy in the coming decades is underpinned by the availability of battery metals, including nickel, copper and cobalt,” the company said.

This month, start-up DeepGreen Metals, which aims to mine the deep sea for battery metals, agreed to merge with Sustainable Opportunities Acquisition Corporation to list on the Nasdaq.

DeepGreen says it is targeting commercial production from small metal rich nodules on the sea floor in 2024, once a mining code is passed by the International Seabed Authority, a United Nations-backed body of 167 governments. Many scientists have opposed deep sea mining, however, saying it risks irreversible harm to ocean ecosystems.

“It's starting to dawn on people that the green transition is very metal intensive,” Gerard Barron, DeepGreen’s chief executive, said. “If [the metals] are not going to come from polymetallic nodules where will it come from and at what price?”

Still, Moores at Benchmark Mineral Intelligence warns that the recent investment into the sector is still not enough to meet expected demand. As a result, metals prices are likely to be volatile. That makes it harder for electric car makers and battery producers to reduce costs, he adds.

Last week nickel prices fell by 12 per cent after rising by 31 per cent so far this year. Lithium could be the next commodity to see a price spike, as supply has failed to keep up with a rise in demand, he says. 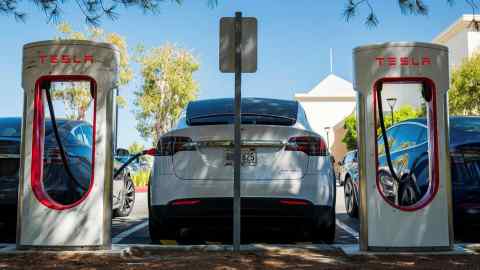 Albemarle, the world’s largest producer, expects demand to more than double to over 1m tonnes a year by 2025.

Three of the biggest lithium producers, Albemarle, Chile’s SQM, and China’s Ganfeng Lithium, have all raised or planned equity funding to expand production. Smaller miners such as Lithium Americas, which is building a lithium mine in Nevada that is due to start production in 2024, also raised $400m this year.

But analysts and executives say there is still likely to be a short-term shortage.

“Demand has caught up with supply and will be running ahead of supply for a long period of time now,” said Jon Evans, the chief executive of Lithium Americas.

Joe Lowry, a lithium expert, says that some Chinese lithium suppliers are already running short of lithium resources, which could hinder the growth of electric vehicles, similar to the current shortage in semiconductors.

“There will be a two- to three-, or four-year period when things are really messy,” he said. “The capital raisings have put lithium on the road to catching up [with demand], but they’re going to have to play catch-up for a number of years.”

*This story has been amended to clarify the exchange DeepGreen will list on and the total amount Friedland raised for a Spac. 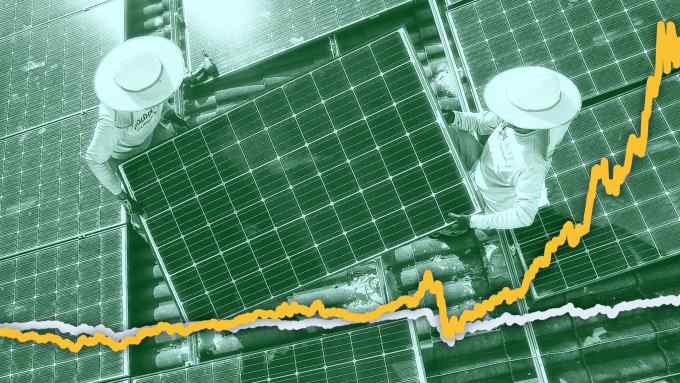