Chinese investors take route one out of European football

Ben Bland in Hong Kong and Murad Ahmed in London

Few fans of Aston Villa FC would have imagined China’s Communist party playing any role in the direction of their 143-year-old team.

But when Tony Xia sold his majority stake in the club this month, it was to escape a financial crisis partly prompted by a Chinese government clampdown on the country’s “irrational” multibillion-dollar investment surge into European football.

“It’s been very, very tough two months,” the Chinese businessman wrote on Twitter, where he has attracted more than 130,000 followers with ebullient tweets about the once mighty club that now languishes in the second tier of English football. “Nothing changed my love and commitment to AV,” he wrote, adding that Chinese economic policy had made the situation very difficult.

Aston Villa is the fifth European football club in which a big Chinese investor has sold all or some of its stake following the introduction last year of investment restrictions, alongside Italy’s AC Milan, Spain’s Atlético Madrid, Slavia Prague in the Czech Republic — and Northampton Town in the fourth tier of English football.

Chinese companies’ turbulent — and costly — flirtation with European football underlines how investment trends in the world’s second-biggest economy are often driven by a combination of opaque elite politics, corporate adventurism and a genuine search for new opportunities.

Concerned about capital outflows and the haphazard nature of many outbound deals, the Chinese government last August laid out new criteria for overseas acquisitions, placing investments in sports clubs, cinemas and real estate on a list of “restricted” sectors.

Bankers said it might still be possible to get approval to move money out of China for such deals if there was a very good rationale but the authorities were strongly discouraging it.

In this climate more sales by Chinese owners are possible, further unwinding a spending spree that shook the football world. Chinese investors pumped more than $2.5bn into European clubs from 2014 to 2017, acquiring giants such as AC Milan and Inter Milan as well as minnows including League Two English team Northampton and FC Sochaux-Montbéliard in the French second division.

Football
Own goal: how AC Milan’s Chinese owners lost control to a US hedge fund 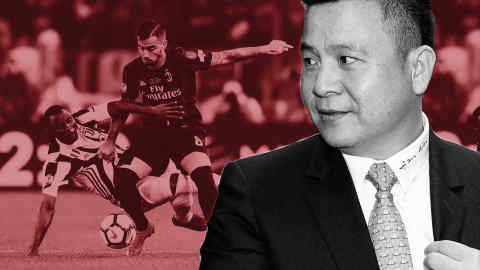 The headlong rush was sparked in 2015 when the government of Chinese President Xi Jinping, a football fan, unveiled plans for a sporting revolution that would turn the world’s most populous nation from a football backwater into a powerhouse.

“Some Chinese investors took advantage of this ‘green light’ and then the government realised it wasn’t benefiting Chinese football,” said Mark Dreyer, who runs a website called China Sports Insider in Beijing.

Football industry executives say the curbs on outbound investment made it difficult for Chinese owners to inject further cash into their often lossmaking clubs and killed hopes that they could raise further funds in China through initial public offerings, bank loans or the extensive shadow banking system.

Trevor Watkins, a sports lawyer at Pinsent Masons, said the initial deluge of Chinese money had led to a “Wild West” environment in which some investors were significantly overpaying for clubs — and advisers were cashing in.

“There were undoubtedly people who looked at China and said ‘ka-ching, this is where we make money’,” he said. “Some of those deals went completely off the rails.”

The Chinese owners at Aston Villa and AC Milan took on big debts as part of their acquisitions, hoping success on the pitch and favourable financing in China would help them pay off their loans.

But Aston Villa narrowly missed out on a $130m payday by failing to secure promotion to the Premier League in May. With the club facing a cash crunch, Mr Xia last month sold a 55 per cent stake to Egyptian billionaire Nassef Sawiris and Fortress Investment co-founder Wes Edens for £30m. He is reported to have paid roughly £75m to buy the club in 2016.

Li Yonghong, the previously unknown Chinese businessman who acquired AC Milan from Silvio Berlusconi for €740m in April last year, this month lost control of the club to US hedge fund Elliott Management after failing to repay high-interest loans of more than €300m.

5USport, the Chinese former owners of Northampton, sold the club back to the previous owners just nine months after taking it over, blaming the “overseas investment restrictions” for difficulties generating funding.

The situation at Atlético Madrid was different, with Chinese tycoon Wang Jianlin’s Wanda group making a small profit when he sold his 17 per cent stake in February, as part of a broader plan to pare back overseas investments.

Nikki Wang, head of sports business development in China for Deloitte, the financial advisory group, said Chinese investors would need to take more care in future if they were not to fall foul of the “fast-changing and unpredictable regulatory environment”. 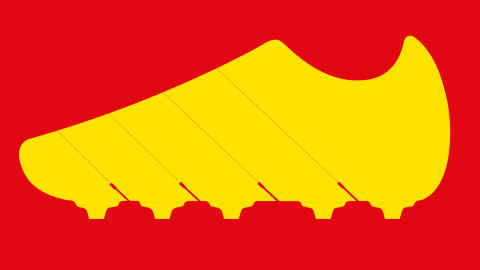 She said that with Beijing now prioritising the development of domestic football, investors in European clubs needed to show a “synergy” between their international business and Chinese football.

Beyond football, analysts expect Chinese companies to keep investing in the domestic sports industry, which the government sees as important for promoting public health and helping to diversify the economy.

Beijing is hosting the Winter Olympics in 2022 and investors continue to bring in more international sporting events, from ice hockey to lawn tennis.

Mr Watkins, a former chairman of English Premier League club Bournemouth, expects Chinese investors to learn from the football deals that went wrong and look beyond team ownership to other parts of the industry, from ticketing software and stadium infrastructure to sponsorship and e-sports.

“There’s more awareness and more understanding from the Chinese market with regard to the opportunities, which arguably will narrow their focus and help them hone where they should be,” he said.

The diverse cast of Chinese investors in European football stretches from some of the country’s most prominent tycoons and businesses to entrepreneurs and companies previously barely known outside their home country.

The “premier league” of investors included Fosun, the tourism-to-finance conglomerate led by Guo Guangchang; China Media Capital, the media and sports group led by Li Ruigang; and, until it sold its stake in Atlético Madrid, the Wanda group, led by Wang Jianlin.

Fosun’s $58m acquisition of Wolverhampton Wanderers in 2016 has been perhaps the most successful Chinese football deal so far, with Wolves winning promotion to the English Premier League last season.

China Media Capital, which has invested in sports rights and prominent media outlets including financial news website Caixin, has also seen its investment perform on the pitch, with Manchester City winning the Premier League last season. In 2015, CMC led a consortium that acquired a minority stake in City Football Group, the Abu Dhabi controlled company that owns Manchester City and other clubs in the US, Australia and beyond

Some investors, including Tony Xia at Aston Villa, Li Yonghong at AC Milan and Lai Guochuan at West Bromwich Albion emerged from obscurity, with little known about their personal backgrounds or group finances.

While other Chinese buyers seemed to offer more of a corporate record, there were few obvious sporting synergies. Spain’s Espanyol was acquired by Rastar Group, a maker of remote controlled cars, while France’s FC Sochaux-Montbéliard was bought from the Peugeot family by Tech Pro Technology, an LED manufacturer. Tech Pro shares have been suspended from trading in Hong Kong since November after the securities regulator challenged information the company had published.

One big problem for owners selling clubs, their advisers and the football regulators charged with performing “fit-and-proper” tests on club buyers, has been the opacity and unpredictability of the Chinese business world.

The Premier League raised “red flags” about Chinese businessmen Dai Yongge, who built a fortune converting underground bomb shelters into shopping malls, when he was looking to acquire Hull City last year. He walked away from that deal but was cleared to buy Reading, which plays in the second tier of English football.

For some football fans, the arrival of Chinese money has meant a rapid introduction to the arcane world in which elite Chinese business and politics mix.

When energy group CEFC acquired Slavia Prague in 2015 as part of a big push into eastern Europe, it seemed like an ideal cash-rich and ambitious owner. The downfall of its founder Ye Jianming, detained by Chinese authorities in February, seemed to spell doom before its Czech assets were acquired by Citic, a large state-owned conglomerate that co-invested with China Media Capital in City Football Group.